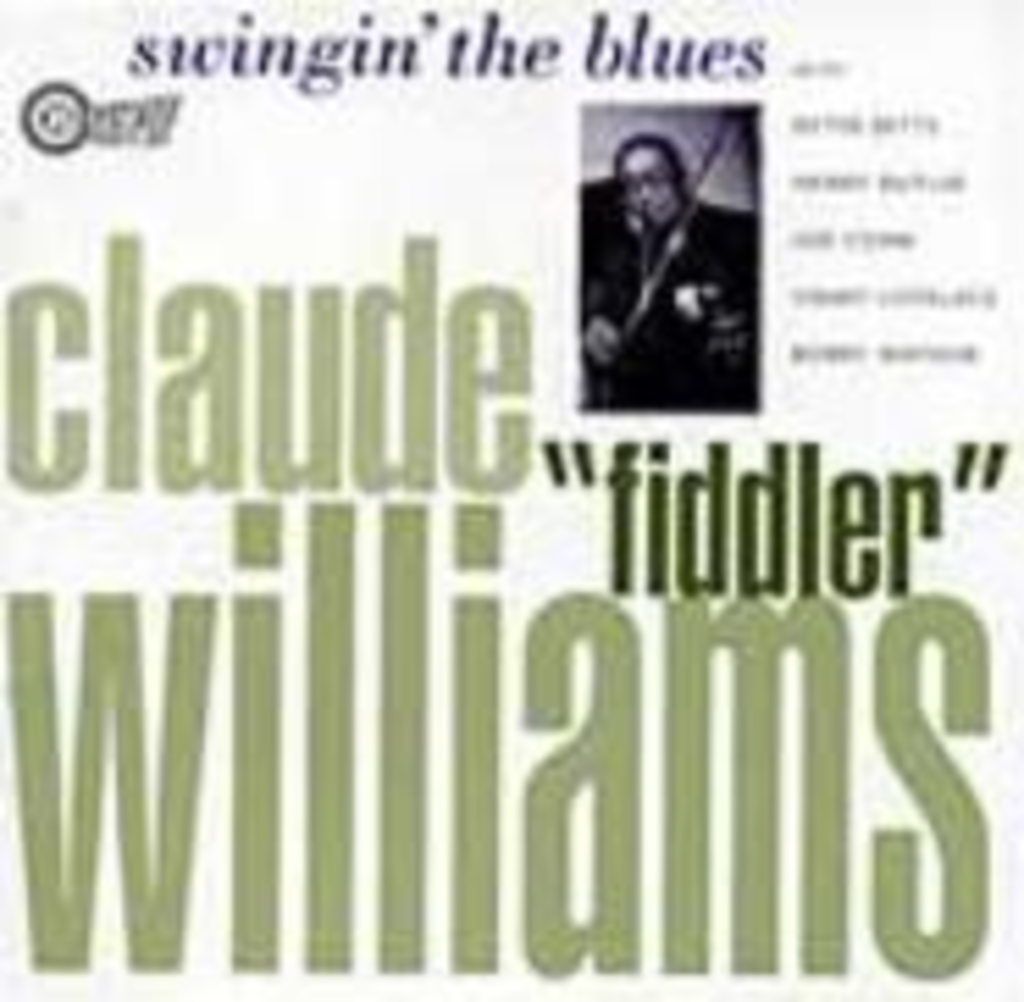 The Sprint IMAX Theater at the Kansas City Zoo begins every screening with a beautiful, thoughtfully produced short film celebrating the life and culture of our city. Claude Williams, whose violin virtuosity virtually embodies the essence of Kansas City swing, fills the central role in the segment featuring our city’s jazz heritage.

With his sparkling new collection, Swingin’ the Blues, Williams shows that he is more than willing to be the musical equivalent of Buck O’Neill. These tunes shimmer and sparkle with constant moments of delight and whimsy. Well into his 90s, Williams clearly exhibits the charming and graceful playing that has been his trademark throughout his lengthy career.

The tunes he examines in this collection are well-worn standards, but that doesn’t keep Williams from taking his solos into uncharted, sonicly daring terrain. Unlike more famous jazz violinist, such as Stephane Grappelli, Williams seems to delight in giving his fiddling a raspy, strained quality. This can be an acquired taste, but when it works, his style manages to swing much harder than Grappelli ever did.

A dazzling rendition of “Moten Swing” provides the foremost spotlight on Williams’ talent. The first two times through the melody he lightly mirrors the accompaniment, seeming somewhat lost. After a brief set of solos by the other musicians, however, he gives vent to a set of frenzied, polychromatic variations on Moten’s simple tune. Also superior is his work on a tight reading of Mercer Ellington’s “Things Ain’t What They Used to Be.”

There are numerous highlights to this recording, and the playing is tight and focused throughout. The group of musicians who provide accompaniment is finely assembled, with guitarist Joe Cohn standing out due to his propulsively rhythmic accompaniment. Bassist Keter Betts doubles as the music director and does a superb job on both counts. Beautiful saxophone work by special guest Bobby Watson features prominently in a melancholy version of Benny Goodman’s “A Smooth One.”

The collection’s only low points come about on the tracks in which Williams sings. Unlike his violin work, the performer’s vocals are indicative of his advancement in years. They lack general direction but serve to make the cohesive clarity of his violin solos even more stunning. With all the trendy focus on faux swing in today’s music world, it’s nice to see such a Kansas City original as Williams deliver the music the way it should be.