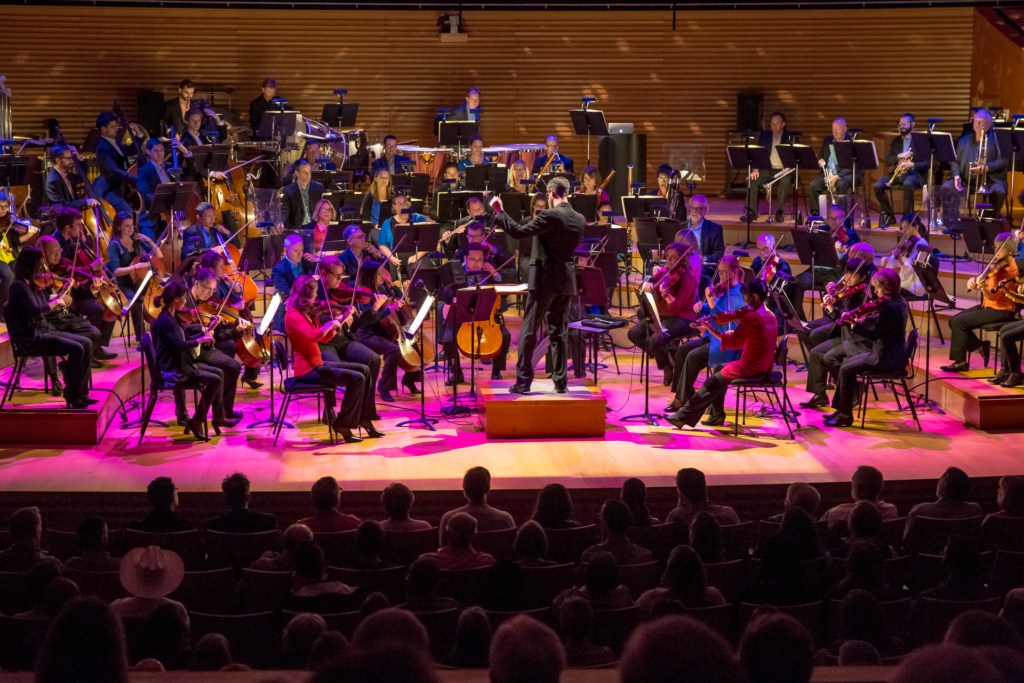 A certain quiet agony pierces you in the wine section. You’ve narrowed things down, roughly. You know the grape and the price. Now, though, it’s guess work, informed less by expertise than by the attractiveness of the label.

So it often is with new classical music, too. Someone respects a particular product enough to put it in front of you. But will you like it?

There’s good reason to trust the Kansas City Symphony’s Classics Uncorked concerts, which have become a reliable (and affordable) way to sample flavors outside the ensemble’s usual palate.

September’s “Future Favorites” show, kicking off the latest season of the relatively low-key event, presented an exciting, entrancing spectrum of works by living composers. By the symphony’s standards, it was an audacious program.

The series is by design a low-commitment proposition, Though appeal remains for the KC Symphony diehard, it’s an alluring experience for the symphonic-curious listener: an early post-work hour on a weekday evening, an inexpensive ticket that includes a post-show glass of wine, lighting designed to engage the eye, approachable music introduced with informal onstage comments.

Jason Seber conducted, his manner at the podium comfortable and inviting. If he were a sommelier, he’d sell a lot of wine. In September, his anecdotes and descriptions — enhanced by demonstration snippets played by the orchestra — illuminated the music. This concert included two popular 21st-century works, by Christopher Theofanidis and Mason Bates, and two pieces less frequently played (but no less enjoyable).

Jonathan Leshnoff’s “Starburst,” a co-commission by the symphony that premiered in 2009, opened the bill. The work is cinematic, a cosmic fury of rhythmic forces.

Kentucky native Rachel Grimes composed the next entry, selections from her meditative “Books of Leaves.” Seber met her when he was with the Louisville Orchestra. “I have admiration and respect for her work, and it’s nice to put her in the spotlight,” he said. The selections were taken from Grimes’ hypnotic, album-length work for piano, originally orchestrated for LO’s inaugural Festival of American Music. In contrast, Theofanidis’ “Rainbow Body” fluctuated between the heroic and the mystic, an aural representation of the Tibetan Buddhist belief that an enlightened person’s body is, upon death, absorbed into the universe, its energy remitted as rainbows across the sky. Based on a chant borrowed from 12th-century abbess Hildegard of Bingen, the work is lyrical and billowing, cut through with fractures of shimmering metallic timbres.

Bates’ propulsive “Mothership,” commissioned in 2011 by the YouTube Symphony, closed out the set, melding an electronic heartbeat with acoustic timbres to deliver swells and punches. While the most futuristic sounding, it’s an approachable work, though not all of the improvised voices were brought forward enough. The variety impressed with subtleties and nuance. 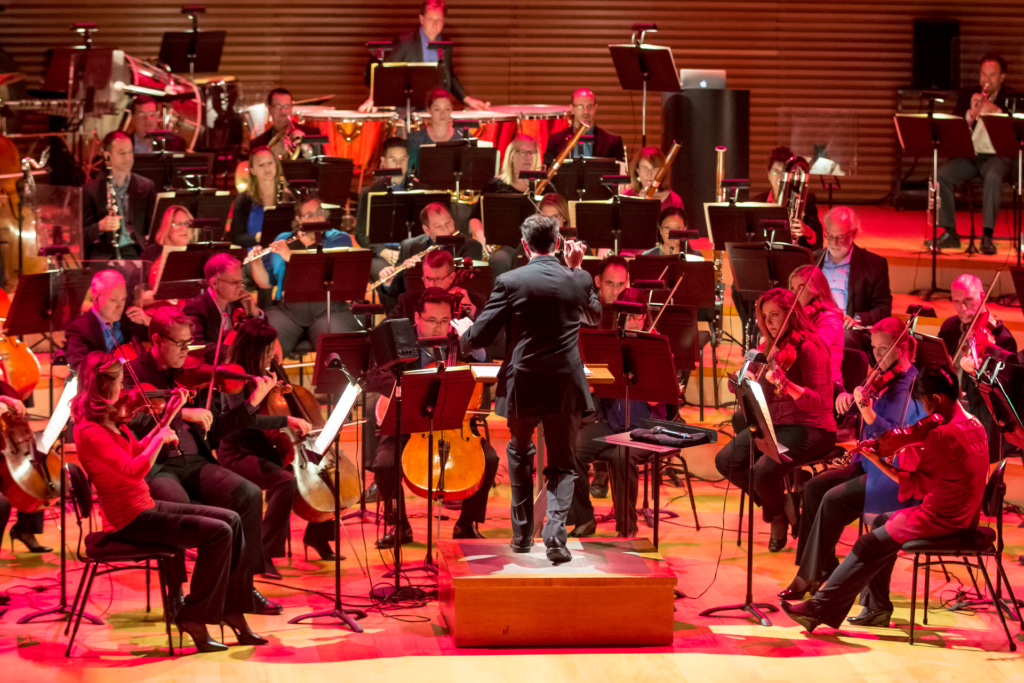 Later, I asked Seber about the Kansas City Symphony’s role in advancing concert music into the new century. The conductor is an enthusiastic amateur chef, and he likened the allure of new music to the buzz that greets a trendy restaurant or a new recipe. The trick is in generating that curiosity.. We’re preconditioned to cling to the familiar and stick with the misconceptions, too. Some still insist that all of Arnold Schoenberg’s music is too angular; but then miss the chance to appreciate his “Verklärte Nacht.” Then there is the matter of labeling. “I hate the word classical because I think of the classical period [roughly 1750-1820],” Seber told me. “But then contemporary turns people off, too. Art music? That sounds stuffy. What about orchestral music? Or just … music?”

Each new generation reacts to the previous one, but the pendulum of ideas now swings faster. Living composers draw not only from past centuries but also from genres that live outside the concert hall. Grimes performs as a soloist and in an indie-rock chamber ensemble, while Bates, along with being the Kennedy Center for the Performing Arts’ inaugural composer-in-residence, brings club music to the orchestral tradition as DJ Masonic.

New music, with all its perceived challenges, doesn’t stay new and expectations change. Look up old reviews of now venerated pieces and see for yourself. But a major U.S. symphony with a now–$100 million endowment isn’t about to abandon music from the 18th and 19th centuries, the foundation of its repertoire. As Seber told me: “Music has gone so many different directions. It takes time for our ears and eyes to adjust.” On Seber’s side is the way in which digital access—and the infamous YouTube/Spotify wormhole–can cultivate awareness with casual listeners, To help, the program guide suggests further listening for each of the pieces,

He went on: “Every orchestra should be a reflection of their community.” Subscribers, he knows, are the symphony’s community, and they demand the bread and butter of the older repertoire. But the art form hasn’t stopped moving forward in the new millennium. The organization has, he added, an “obligation to balance giving people what they want and giving them what they don’t know they want, and doing it in a meaningful way.”

“It’s a matter of getting enough people to trust you,” Seber said. This season’s first Classics Uncorked showed that the trust is well earned.