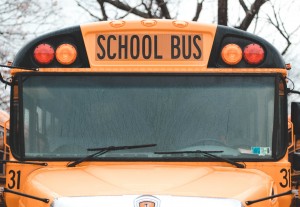 [Update: Tuesdays classes have been cancelled as well. Notes at the bottom of this email.]

A cyberattack forced the Park Hill school district to cancel classes Monday and the FBI is currently investigating the extent of the attack.

“Our technology team has worked for more than 24 hours to try to restore our systems and we are working with national experts, including some from the FBI, to investigate this issue and try to minimize damage,” says Jeanette Cowherd, Park Hill superintendent.

Social media posts around 7 a.m. announced the attack, saying the district did not have needed systems to have school. Students would not have access to their applications and there were safety concerns as well. Unfortunately, some students were on the bus before the cancellation was announced and officials apologized for the late notice of the closure.

If students are waiting at the bus stops, we will pick them up to keep them safe, and we will contact families to try to get them home ASAP.

The malware attack occurred early Sunday morning. The software is designed to disrupt the normal operations of a computer, steal data, and access secure systems or disrupt an organization. According to Derrick Unruh, Park Hill’s director of technology, the district has firewalls, anti-virus, anti-malware, and other intrusion prevention systems in place.

“We’re working really hard right now to find the root cause of this situation so that we can learn and make sure that before we implement the full fix for this situation that we’ve got all the safety and security measures in place so that we’re not making the situation worse,” Unruh says.

An investigation is ongoing but the district is hopeful safety precautions and systems prevented unauthorized access to student and staff information.

“We were going to have everybody in school-it was our first day basically,” Cowherd says. “That’s why we worked so hard to get school opened today is because it was such an important day and every day of learning is important for us.”

Representatives are unsure if Park Hill will be able to have school tomorrow. According to the Kansas City Star, the district was not able to answer whether the missed school day would have to be made up at a later date.

Update 8pm: The school sent out the following email regarding today/tomorrow.

Our technology team, with the support of experts, has made good progress on getting our systems back up and running after the malware attack. However, as is common after such an attack, it is taking some time to get everything operating. Some programs are intermittently coming online, and we must be sure they are stable.

The tech team will continue working through the night, so we thank the Park Hill community for the outpouring of support for these hard workers.

Canceling for Tuesday:
In order to give you plenty of notice this time, we are announcing now that we will cancel school for Tuesday, March 23. We are so sorry for the inconvenience this will cause to you and your family.