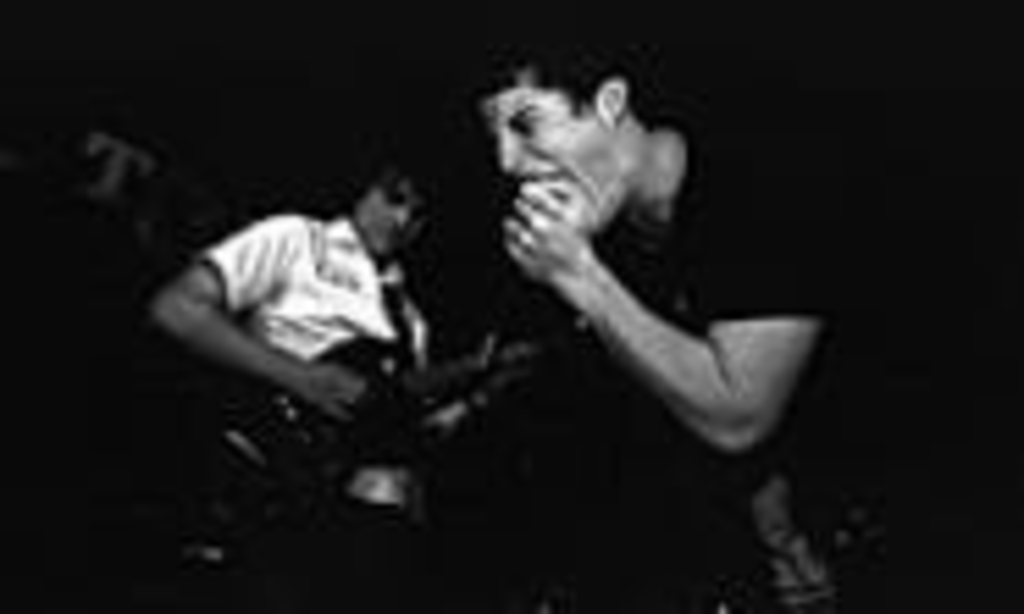 Toss-up: What’s the better George Michael-affiliated seasonal tune — “Last Christmas” or “Do They Know It’s Christmas?” The former expresses the Wham crooner’s dismay at having his heart regifted; the latter unites him with charity-song staples such as Bono and Sting. Through clumsily expressed sentiments (Thank God it’s them instead of you), these well-wishers implore listeners to feed the world. In introducing “Do They Know,” MTV guest DJ Adam Sandler guessed, “They probably still sell it, and I’m sure the money still goes to the right place.” Unfortunately, though, this Band-Aid single is now available only through online auction sites, few of which pass the proceeds on to Ethiopia.

Other than last year’s mass mangling of “What’s Goin’ On,” which was redeemed only by its philanthropic value, such tunes are now all but extinct. But music fans who want to donate their money to socially conscious organizations still have a few options, mainly for-the-cause concerts. One of the most successful benefits in recent memory was Afghanijam, organized by St. Teresa’s Academy and held at El Torreon on December 21. The show raised $1,500 for the Primary School of Hope in Kabul with a bill that included the playfully obscene MC Mac Lethal, ska ensemble Uprights and the shrieking noisemaker An Emergency, making U.S.A. for Africa‘s marriage of Michael Jackson and Willie Nelson seem sane.

The featured talent had as much to do with the impressive turnout as the charity angle. Even paying customers — especially those without access to the explanatory fliers hanging in St. Teresa’s halls — initially might have attributed the concert’s topical yet quirky title to a “God Save the Queen” attempt at outrage. However, once people arrived, the issue surfaced at the front door, where an information table offered the opportunity to sign letters to Afghani teachers and schoolchildren. Onstage, groups sarcastically applauded the war on terrorism, with An Emergency likening it to the famously flawed war on drugs.

Because not everyone in the room had come to protest, such outbursts were met with some obvious discomfort. But this wasn’t a lineup formed with provocation in mind. “We didn’t choose the bands based on whether they would push the issue in their songs,” says St. Teresa senior Jami Garton. “It makes a statement when groups without political lyrics play at political events.”

When senior Margaret Hansbrough started contacting area musicians about Afghanijam, she encountered no skepticism, though she might have had she decided to involve grown-ups in the planning process. Hansbrough, who raised a few hundred dollars last spring with an Afghani Women’s Rights Rally, says adults would be more likely to describe teens as “stupid and ungrateful” than “politically aware.” Not that she’s seeking credit — she and her amnesty-minded classmates have bigger goals to pursue. “My generation will literally have to save the planet, and I think we’re off to a good start.”

Concert promoters alone can’t rescue the world, nor, Time notwithstanding, can Bono. What events such as Afghanijam, or, even more modestly, simple liner notes or between-song banter, can do is raise awareness. “A lot of the people who showed up didn’t initially know or care about the cause, but after they were pulled in, they were educated,” St. Teresa senior Erin Coleman says. “The bands make the cause seem more interesting and cool.”

For all appearances, Afghanijam looked like any all-ages concert. Some kids moshed, while others set up camp in the back of the venue and socialized with no view of the stage. Several wore T-shirts and leather jackets depicting the Clash, their attendance at an independently organized, politically powered musical event honoring the spirit of Joe Strummer, who died the next day. A few parents stood to the side and clapped politely. Hansbrough, an eloquent spokeswoman for the evening’s benefactor, never commandeered the mic to make a statement. (“The rigid ideology that allowed the Taliban to thrive did not follow it into the caves,” she said later. “It is still in the minds of many of the men in Afghanistan, and the only way to truly combat it is to educate the children to resist it.”) Instead, the acts let their choice of covers (the coed acoustic duo Learning Disorder did “Blowin’ in the Wind”) and their mere participation speak for them. “Do They Know” and its ilk proved that massive multistar events could aid strangers instead of gouging fans; Afghanijam demonstrated how what seems like a regular show can be so much more.