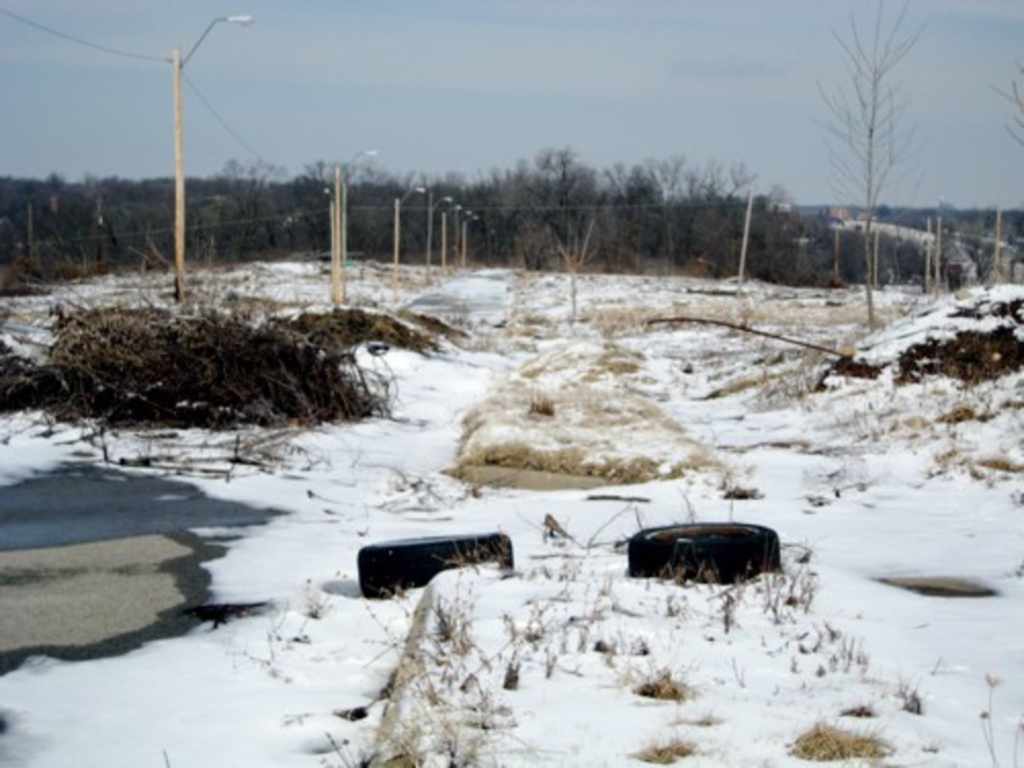 During the summer of 2006, the Community Development Corporation of Kansas City was in the middle of a demolition campaign. To make way for the Citadel Plaza shopping center, the CDC had contracted with Delroy Fadell to tear down a number of houses just north of 63rd Street.

When Thomas Gerleman, an inspector for the City of Kansas City, showed up, he watched men hastily loading building debris into the back of a station wagon. Because of the age of the housing stock, Gerleman knew the wreckage of the homes likely contained asbestos, microscopic fibers that impair lung function when inhaled. When Gerleman started asking questions, though, the workers became “belligerent and threatening.”

Within a few months, both the city and the state cracked down on the CDC’s sloppy and dangerous demolition practices. The Missouri Department of Natural Resources slapped the developer with a $450,000 financial settlement for failing to properly handle and dispose of the carcinogen and ordered the CDC to remediate the area.

As evidenced in this week’s Pitch feature story, the CDC hasn’t made good on contracts it signed with area landholders. But property owners aren’t the only ones who have been stiffed. More than two years since the CDC signed an environmental settlement with the state, the developer hasn’t paid a cent or dealt with the asbestos.