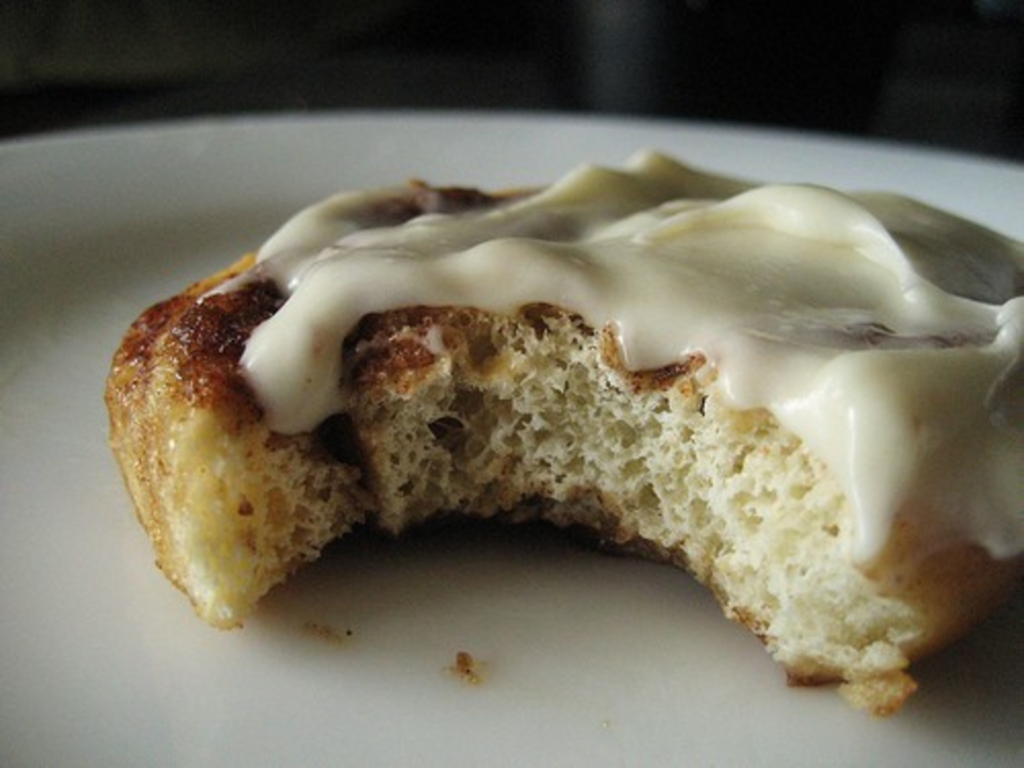 Cinnamon rolls are the tabula rasa of breakfast. With cinnamon rolls, the day starts off full of promise and anything seems possible until you eat your third one.

And as the weather turns cold, we begin to yearn for hot breakfasts. But since man can’t live on steelcut oatmeal alone, Fat City presents you with a veritable smorgasbord of cinnamon bun options.

First, there’s the basic cinnamon roll from the Food Network, which is as much about the cinnamon as the intense sugar glaze. It’s only included so you have a point of comparison and an alternative to Cinnabon. If you’ve never seen how cinnamon rolls are made, this cooking-show video from an NBC affiliate in Rhode Island is a good guide.