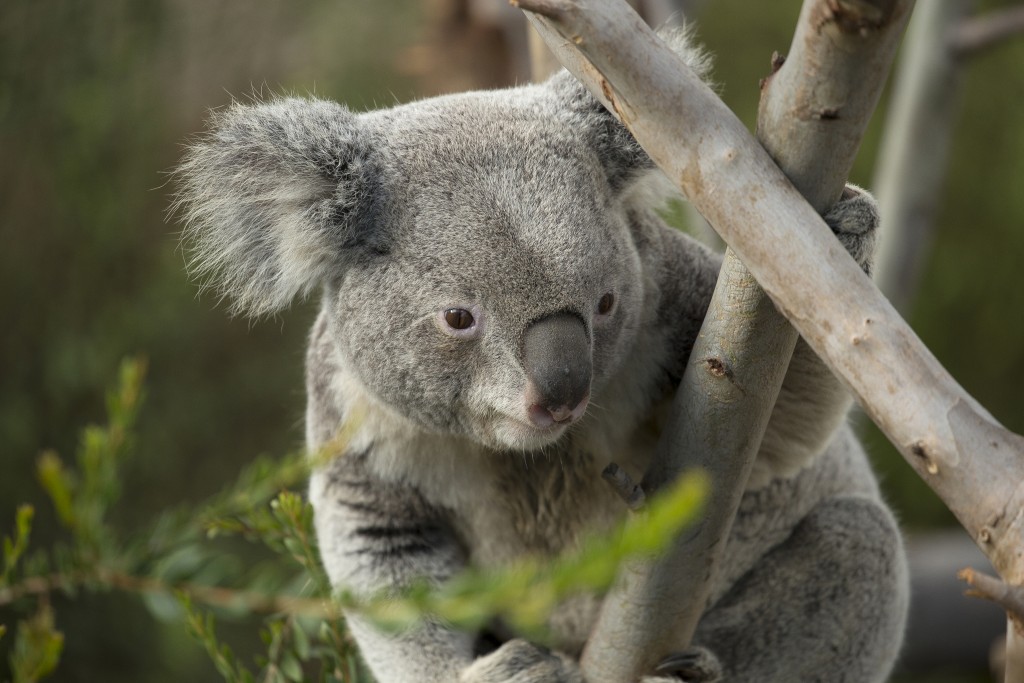 After a rough year two koalas, Chuckels and Thackory, will bring some chuckles to Kansas City Zoo guests.

They arrived in Kansas City via Southwest airlines from San Diego the night of March 1. Although both are currently in quarantine, out of precautionary measures, the public will be able to see them in April.

Chuckels is indeed not a misspelling of the word chuckles. He is named after a San Diego Zoo donor, where they are on loan from. Sean Putney, Kansas City Zoo’s Chief Zoological Officer, says Chuckels name confused the zoo staff at first. He says even some records at the San Diego Zoo spell his name as “Chuckles”.

Thackory means heavy which Putney says is odd because he is a great eater and is the heavier one of the two.

Both are only here until November 2021 because it is expensive to keep them fed. Eucalyptus is flown in from Florida twice a week because Kansas City does not have any naturally grown eucalyptus.

Chuckels and Thackory immediately came out of their crates and looked around when they arrived at their enclosure in the Kansas City Zoo. Putney says Chuckels immediately started eating, which was a good sign of a high comfort level.

“I will say just from my interactions on Monday night that Chuckels, like I said earlier, is very food motivated like myself,” Putney says. “He had no issues when he arrived.”

G’Day mates! Two Australian gentlemen have arrived at Kansas City Zoo thanks to @SouthwestAir! #Koalas Chuckels and Thackory are spending part of their year at the Kansas City Zoo and are now settling in behind the scenes. You can see them April – November. pic.twitter.com/dR2h9oCAtx

Two employees will be their primary keepers. One went to San Diego for two weeks to be trained as a part of the Kansas City Zoo’s contract with the San Diego Zoo.

Back-up zookeepers, who have worked with koalas in the past, will take care of them if one of the two primary caretakers comes down with COVID-19.

Putney says the koalas are special for many reasons. The way they look is very unique and they are always up in the trees with good climbing abilities.

“They look cute and cuddly although I will tell you that they have some nasty claws on them,” Putney says.

Koalas have two thumbs on one of their hind legs to comb themselves with. They are nocturnal in the wild but not in a zoo environment. There are not many koalas, which are marsupials, in the United States or in the world.

A minimum of 5,000 koalas are expected to have died following the devastating bush fires in Australia according to the global conservationist group International Fund For Animal Welfare.

Putney says the Kansas City Zoo has brought Chuckels and Thackory here not only for people’s enjoyment but for conservation purposes. Contributing to the conservation effort in Australia directly helps other animals in Australia as well as the koalas. The zoo is hoping to pass on its conservation knowledge to zoo guests.

If having two thumbs on one of their hind legs was not interesting knowledge, the zoo has to weigh Chuckels and Thackory’s feces on a daily basis to ensure good digestive health. The zoo does this with other animals but not on a daily basis. Putney says koalas need a close eye on their digestive health anyway but the zoo is doing this extra measure because they are from a different place. 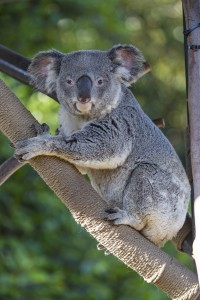 Koalas do not drink a lot of water because they get a lot of their water from the plants they eat. However, water is still provided to Chuckels and Thackory.

They also need to get at least 15 minutes of sun on a daily basis unless it’s raining. One of the reasons koalas have an indoor enclosure, as seen in the Twitter video above, is because of strict temperature regulations. These koalas can only go outside if it’s 60-80 degrees Fahrenheit unless the time is designated for going in the sun. Kansas City has high humidity, unlike Australia, and their enclosure can help the humidity levels be more consistent.

It will not be an extra charge to see the koalas. Putney says over 1 million people came to the Kansas City Zoo the last year koalas were there five years ago. Putney says although that year had good weather, the koalas may have attributed to that success.

“We’re also hoping that we have some great weather this year,” Putney says. “As we come out of the pandemic we’re hoping that some of the restrictions that we currently have will be lifted a little bit so we’re hoping to have a  great year, much better than 2020. I think that’s what everybody’s hoping.”