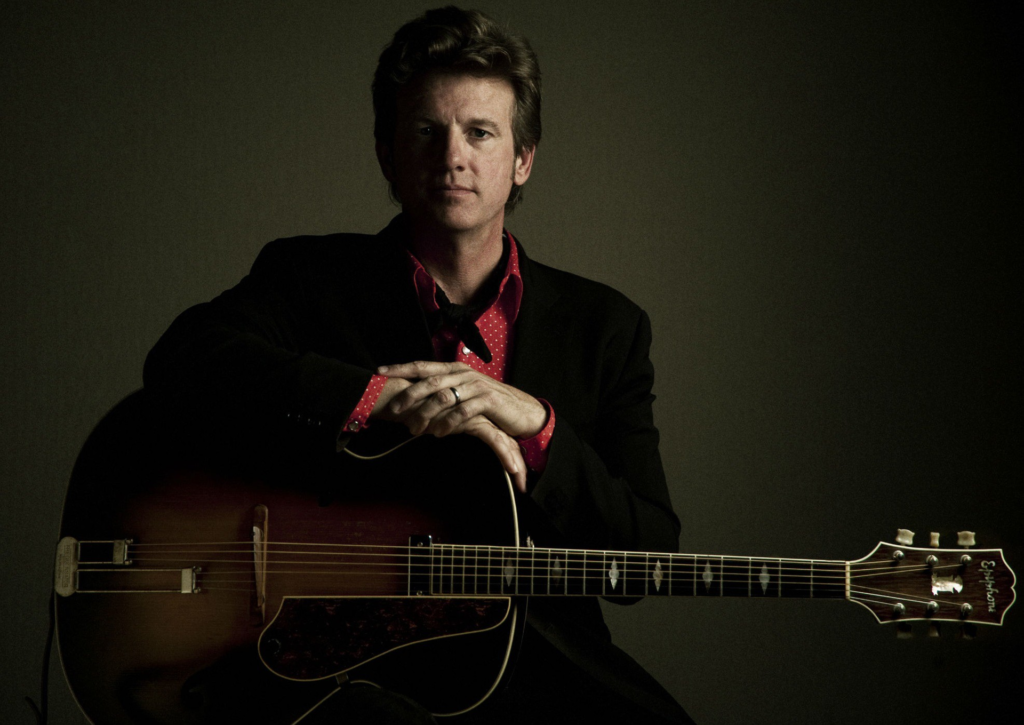 Chuck Mead is a familiar face around these parts. He grew up in Lawrence, where he was part of the cowpunk quartet the Homestead Grays, before lighting off to Nashville, where he’d rise to prominence as part of roots country act BR549. Mead is a solo act these days, and he has a new album, Free State Serenade, due out soon on new label Plowboy Records, which features among its backers Dead Boys’ guitarist Cheetah Chrome and Eddy Arnold’s grandson.

There are a lot of topics to cover when speaking with Mead, and he was more than willing to discuss all aspects of his career, from BR549’s roots to his work with the hit Broadway musical Million Dollar Quartet.

The Pitch: How’d you get involved with the Folk Alliance International Conference?

Mead: As I’m sure you know, Louis Meyers, who’s the head of the Folk Alliance – he’s the guy who started South By Southwest. I’ve been knowin’ him for years and years. In fact, he reminded me a couple of years ago, down at South By, that a band I had been in years ago called the Homestead Grays had played the first South By Southwest. The second one, too. Actually, it might’ve been just the second one. And, y’know, I’ve played it a whole bunch since then.

But, I’ve been knowin’ Louis forever, and his motives are very honorable, and he just wants to promote this kind of music. It’s kind of a mini South By, just concentrated on one form of music, which is folk music, and since I play country music, and that’s folk music, it just seemed like something I’d like to be involved in. So, y’know, for quite a few years now, I’ve been part of the Folk Alliance. I just really love what it brings, what it stands for, and I’m just really glad that it’s made its home in Kansas City.

People don’t think of Kansas City when they think of a music town, but when you really think about it, it’s one of the music towns. I mean … shit, you’ve got jazz and blues alone, let alone the country and folk, which is all in the middle of the country. Even the Beatles came through Kansas City. So, I’m real excited it being there, and so close to my home – hometown, anyway.

This new record’s being released simply as by Chuck Mead, rather than Chuck Mead and His Grassy Knoll Boys. Is there a reason?

I wrote 12 songs, but on the vinyl, there’s only 10 songs, because they’re all songs I wrote about Kansas, and my time growin’ up in Kansas. Stuff that I remember from my childhood and things that happened to me personally, and it just seemed like it was a much more personal thing that I wanted to say, and I didn’t want to involve those guys in it. [laughs] In all my little ghosts and nooks and crannies and shit, so it’s just coming out under my name, even though all those guys are still on it. And it really is a band record.

I’ve heard the new single, “Sittin’ on Top of the Bottom,” and it sounds kind of raw.

You know, ironically, that’s one of the bonus cuts. It kind of came out a little prematurely. It’s not one of the Kansas songs at all. That’s just one of the songs that I had kind of left over that I wanted to put on a record. So, that’s that, y’know. It is kind of raw, and I wanted it to be. I had that song before – I cut it for my Journeyman’s Wager record, and I really liked this version of it, because it’s my band, y’know? And it is a very drunken, two in the morning, sort of song.

How’d you come to be involved with Plowboy Records? It’s kind of an interesting collective that runs it.

Well, you know, Shane Pollard is Eddy Arnold’s grandson, and Eddy Arnold is kind of a larger-than-life country music figure. One of the architects of country music. [Pollard] was trying to get his grandfather’s name out. People know him for his later work – it’s real smooth, he’s such a great singer. But, his early work in the ’40s, that kind of helped define what country music was. He was known as the Tennessee Plowboy, and when [Pollard] decided to make a record company, he wanted to spotlight Eddy Anrold’s early work, so that people remember that it was a very cool thing.

So, he called up all these different artists – and I was one of them – to do an Eddy Arnold tribute record. It has everybody on there from Pokey LaFarge and me and Alejandro Escovedo, and a number of really great artists to interpret Eddy Arnold songs, just to kind of get his early work back out there, and I think they really pulled it off. It’s really a fantastic record.

So, that’s how I got involved with them. Then, they called me up again because they wanted me to do a Christmas song for them. So, I recorded an Eddy Arnold song called “Will Santa Come to Shantytown?” That’s how we got a relationship. And y’know, Cheetah Chrome from the Dead Boys – when that Young, Loud, and Snotty record came out, my friends and I wore that record out. So, having him be the A&R guy, really represents the two sides to me: the country side, which is what I’ve always done, since I’ve been playing music professionally – since I was 12 – but, then, I’ve got a rock ‘n’ roll heart. That’s pretty much how it came about, and those guys want to do it right, and for the right reasons. 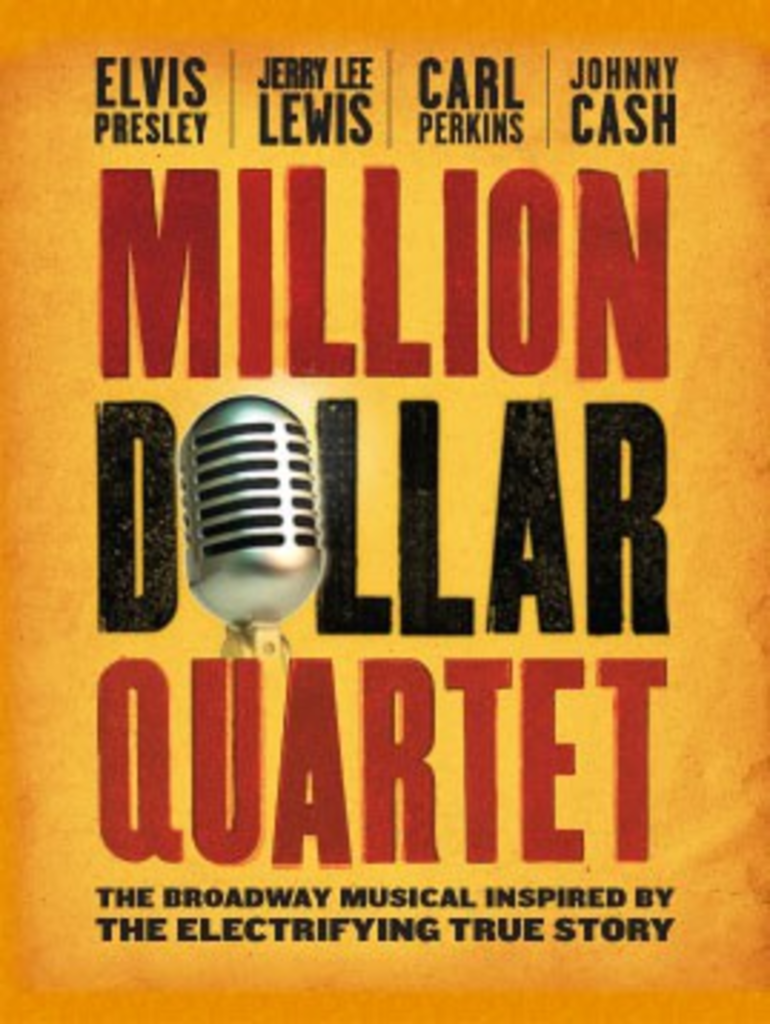 What’s your involvement with the Million Dollar Quartet musical?

I’m the musical director, arranger, supervisor for that show. I just stumbled into that. A good friend of mine – Colin Escott, who’s a great music writer – called me up one day and asked, “Did you ever think about doing musical theater?” And, like … “No. Not really.” He said that he and this other guy named Floyd Mutrux had come up with this treatment for this Broadway musical that featured all that great rockabilly music, but they didn’t want it to get all musical theater-ized, if you know what I mean, with the jazz hands and everything.

They wanted to make it authentic rockabilly, where people sang and played and acted like their character, which is not an easy thing to do. And so, I came aboard on this thing and it’d been kind of a crazy journey, you know? It’s still running in Chicago, and it’s been running since 2008. We were two and a half years in New York, which was a gift, and we went and did it a year in London on the West End, and the touring troupe is on their third year of touring.

It was a great chop to learn, making the songs relevant for today without making them lose the spirit of the old rock ‘n’ roll – where anything can happen – but, to actually move the plot along with it, and to insert underscoring in certain places. I learned a whole lot. And, the next step is I’d like to write one, but that’s the selfish songwriter in me.