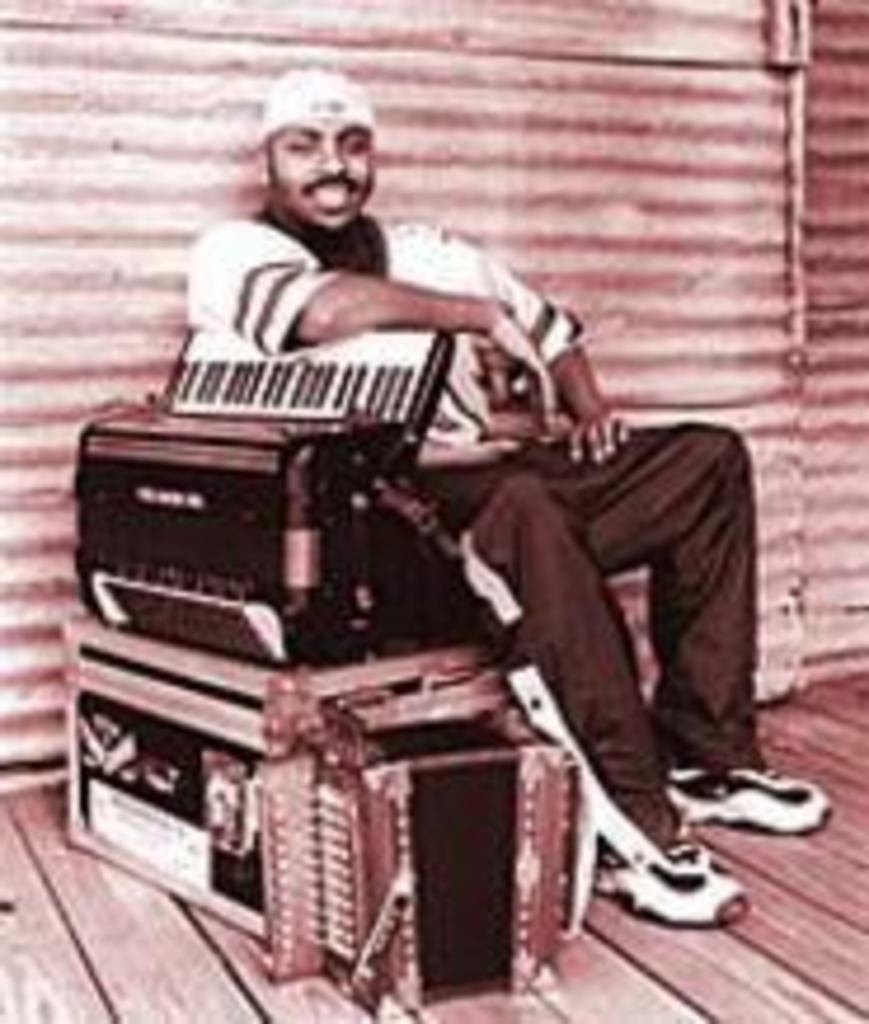 North of a certain latitude, zydeco is just a 21-point Scrabble word. Even those familiar with the form’s caffeinated Cajun Tilt-A-Whirl sound are challenged to define it better than “It’s the kind of music played during hot sauce commercials.” You just know it when you hear it — unless you’ve heard Lil’ Brian and the Zydeco Travelers.

Maybe because the group hails from Barrett Station, Texas, and not the Delta, Brian Terry and his crew don’t toe the zydeco line. (Terry says Barrett Station has the nickname Little Louisiana and is home to a zydeco-friendly Cajun culture because its nearby oil refineries drew so many Louisianans during work shortages a generation ago.) Lil’ Brian instead wants to dominate the scene by injecting it with rhythms and attitude tough enough to blow down the average bayou shack.

“One of my goals is to work with Dr. Dre,” Terry says from his Barrett Station home the day after playing Houston’s international zydeco festival. “I’d even like to redo The Chronic as a zydeco record. I haven’t met nobody who can hook me up with Dre yet, but the man has the Midas touch. Everything turns to platinum. We have the same background, the same history. It ain’t like I wake up every day and it’s the Bloods and the Crips, but I did see people selling dope and women tricking. It ain’t like we just go around shooting everybody, but if somebody makes you mad in that ‘hood, he’ll probably get his ass shot off.”

The Zydeco Travelers may have walked that side of the street, but they prefer that people shake their own asses off. Zydeco is already a music of such kinetic danceability as to make smart-drink-drunk rave kids demand bed rest. (It’s almost certainly the food.) But Terry has docked his accordions (he’s mastered both the big ol’ piano-note model and the diatonic squeeze box) to the funk and soul mother ship for what he calls z-funk. The hybrid soul/funk/hip-hop/Cajun music the band plays is to your average hot sauce commercial as Tae-Bo is to plain vanilla aerobics.

“I do have a plan,” Terry says. “That comes with being a musician, whether you play zydeco, blues, rock, whatever. It’s the word: musician. That should enable you to explore your talent wherever you want. But I’ll never leave my zydeco roots.”

Indeed, Terry is no zydeco carpetbagger. He and his parents have known Stanley “Buckwheat” Dural, the honcho of living-legend group Buckwheat Zydeco, for more than 20 years. It was Dural who mentored Terry after the then-13-year-old took up the accordion. And Buckwheat Zydeco, the group, has continued to take the younger musician and his band under its wing.

“It was pretty weird,” Terry, 27, admits when asked whether it was awkward to be the only kid lugging around Weird Al Yankovic’s instrument during the decade of Van Halen. “My classmates would make jokes. They were like, ‘Zydeco? What’s that?’ But I knew about zydeco, knew it was cool. They just didn’t understand the whole concept. But now they wish they were in the band with me,” he says with a low, heavy chuckle.

Dural co-produced the new Funky Nation, the first time he’d assumed that role for another act. But Lil’ Brian is the flagship and first signing of Dural’s recently formed label, Tomorrow, so the album is a celebration for both musicians. “He was looking for groups to sign, and we’d been talking about this for five years. He called me when he was ready to set the label up, and I drove out to Lafayette and I signed the deal,” Terry explains.

Terry made two records for Rounder, both produced by Buckwheat Zydeco bass player Lee Allen Zeno. “Lee and Buckwheat (Dural) have similar styles in the studio, it’s true,” Terry says. “Buck’s sly. He keeps calm, keeps you focused, keeps you by the rules. Everything has to be on the one, professional.

“Being able to record with another zydeco musician, you can play what you feel. It’s not like working with someone who doesn’t know what it’s like to go out and play this music live. Buckwheat’s had that experience.” Terry writes his songs around the accordion, instinctively figuring which compositions work best with the piano-note and which with the smaller squeeze box.

By the time the Travelers laid down Funky Nation, the album’s songs had been road-tested for three years. But Terry insists that despite his and his audience’s familiarity with the material, finally committing the songs to tape renewed them. “We do a lot of rehearsing before in the studio and go out on the road for at least six months a year. But now that it’s on CD and the public can get it and really know the songs and learn the lyrics, everybody can sing along. It’s fresh again.”

Terry is proud of his own contribution as the album’s co-producer. “I’d never had any input before. Buckwheat was there sunup to sundown, which is the kind of thing that makes you say, ‘Damn.’ We mixed it together and listened to every song, every chord, every scratch. I learned a lot from him.” Terry hopes to apply his new engineering skills to other artists on Dural’s roster.

First, though, he’ll need some time off from what he says is a “very hectic” schedule. Like a lot of genres, zydeco is fostered by festivals and multiple-bill one-offs. The Houston festival, at which the Travelers just opened for Buckwheat Zydeco, is usually a highlight for Terry. “Man, that was a great time, bro,” he says. “This was about our eighth year doing the festival. I’d seen all the bands or played with them before.”

Asked whether he has seen anyone on the zydeco circuit who’s destined for mainstream celebrity, Terry says, “Yeah. We’re the next big thing.”

Lil’ Brian and the Zydeco Travelers