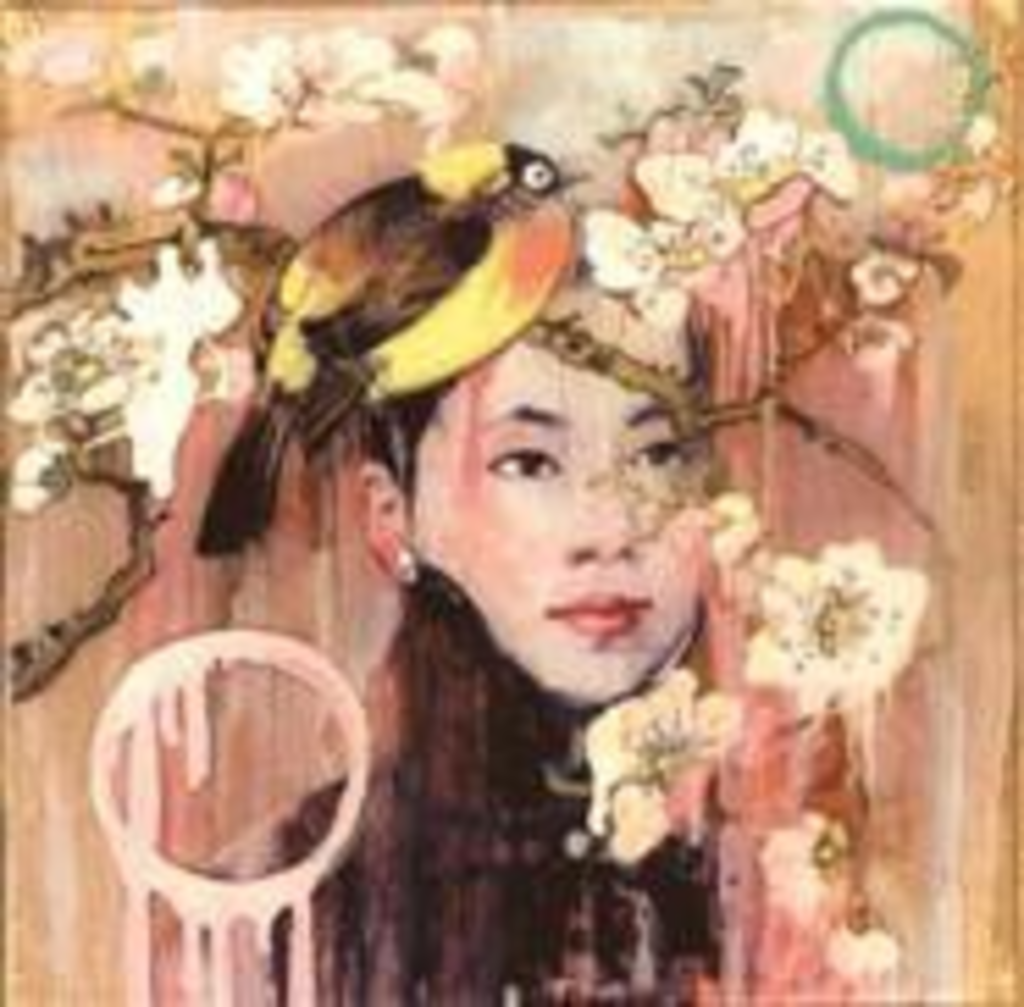 Look, to be honest, Hung Liu breathes the rarefied air of the almost perfect. She is the entire package: a brilliant painter who has the experience and intelligence to layer her paintings with historical depth and perspective. She has an encyclopedic understanding of her own truth, which allows her to re-examine herself and her complex history. That history is well-documented but bears repeating in the shorthand version here: Born in China on the eve of the Cultural Revolution, she trains in the social-realist style, is sent by Mao to re-education camps, emigrates to the States to continue her education, settles in California after university there, teaches at Mills College, becomes an internationally known painter. She is part of a widely dispersed flow of Asian artists (and those of other nationalities) who have left their homelands, and for whom the unsettling state of transnational identity — where home is a contested arena of ideologies, histories and geographies — is fertile soil.

Za Zhong: Bastard Painting aptly describes Hung Liu’s new iteration of her work. The Chinese roughly translates as a hybrid in which two things create another thing. In these works, she collaborates with a printmaker to combine printed material with paint, then captures both between layers of resin. The glossy, slick-surfaced resin bonds these layers together as a time-arrested shiny fossil. The results are beautiful yet disquieting. By embedding her work under the hard surface of resin, Hung Liu has distanced us from the visceral, dripping beauty of her paintings on canvas, which create a living, immediate dynamic between artist and audience.

As always, she imbues her work with a wealth of ideas that include histories — social, cultural, photographic, economic and personal — and questions of formality, such as: What various meanings do her painting styles carry? In these new works, she combines printed images of her own paintings with her actual painting, querying the veracity of the image and the artist’s hand. What are we to conclude from her juxtaposition of paint as represented by printmaking and paint representing the visual world? Though her paintings have always been self-consciously painterly, the paint has represented something else — personal experience, Chinese history, archival photographs — and not itself. Now the material itself has gained meaning and becomes a louder voice in the layered conversations of her paintings.

In general, she bases her paintings on late-19th and early-20th-century Chinese photographs, some taken by foreign tourists and some taken by the Chinese. Often the photographs are of children or beautiful young prostitutes. These paintings also contain traditional Chinese blossom motifs and a repeated circle motif. The flowers often obscure the women’s faces yet seem to meld perfectly with them, as if to suggest the seamless distance between these reimaged photographs, China’s embittered history and the stories that surround these nameless women. The colors in “Spring Time Jazz,” like most of the colors in these new works, are intensely vivid jewel tones. The resin seems to magnify and intensify the colors while creating an impenetrable shield over the paintings. That is part of the point, to protect these women for whom life was unkind.

Though all of Hung Liu’s works are touched with sadness and the painful reality of women’s status in China, one of the most endearing, though not the most beautiful, is the portrait of Polly Bemis. As a child, Bemis was sold by her parents, smuggled into the States and sold again; she finally married a man with whom she helped settle Idaho. As in her other works, Hung Liu bases this painting on a photograph, but this time her subject is elderly and her history is not lost.