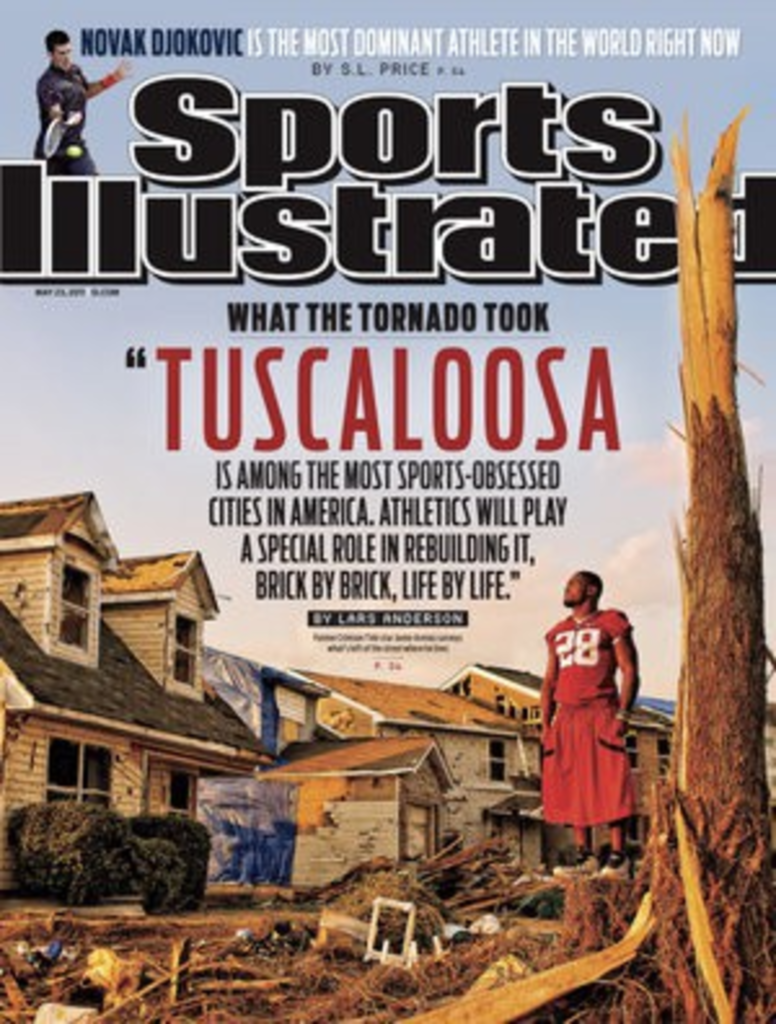 It’s every athlete’s goal to be on the cover of Sports Illustrated, but not in the way Kansas City Chiefs cornerback Javier Arenas has done it. Unfortunately, it isn’t gracing the cover because of his skills. Rather, Arenas is featured in the magazine for surviving the tornado that chewed up his adopted hometown of Tuscaloosa, Alabama, on April 27.

The cover photo shows Arenas, who played for Alabama’s 2009 National Championship team, standing on a tree stump, dwarfed by the destruction on his street. He told the magazine that he watched the tornado approach and took cover in his bathtub as it blew past his home, leveling nearby houses.