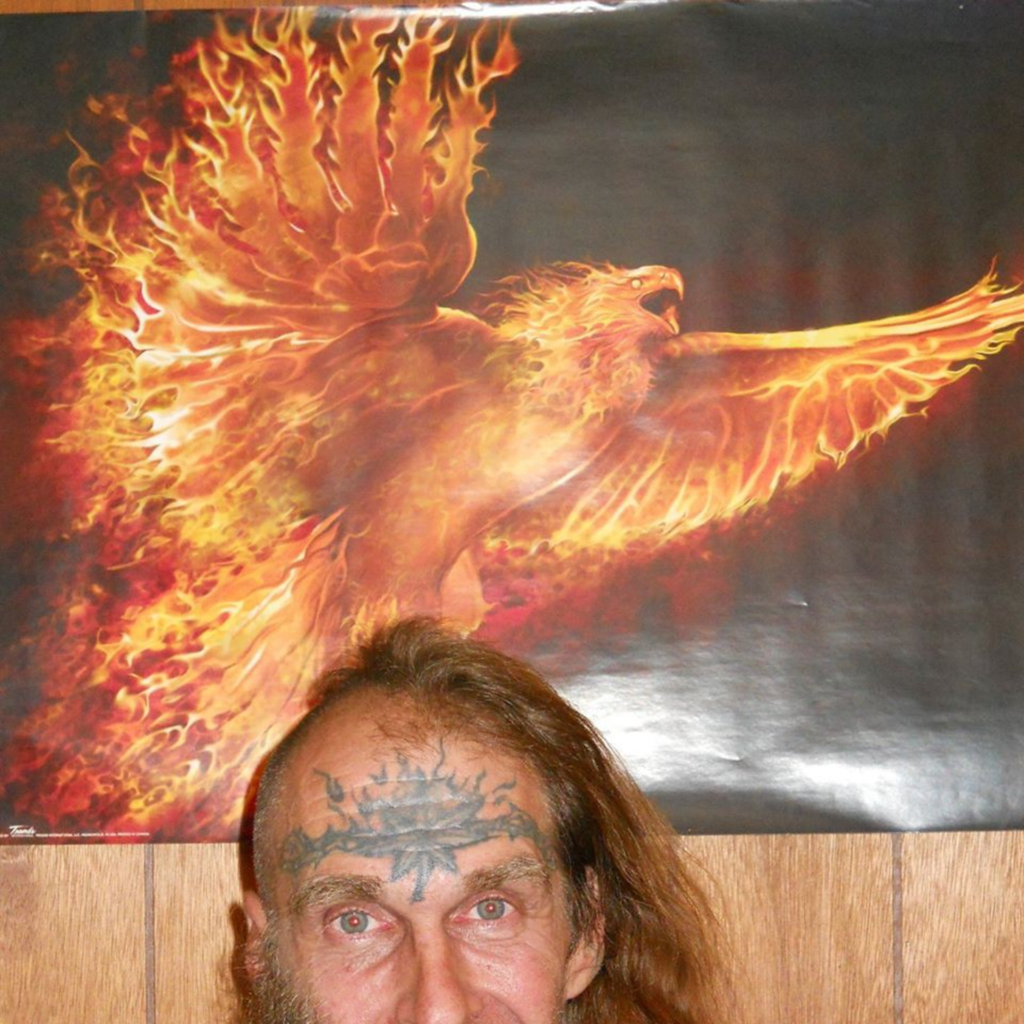 What a week for Dent County, Missouri. First, the county commission voted to lower the courthouse flags to half-staff one day every month for the next year as a way of mourning the Supreme Court’s recent decision that same-sex couples deserve the right to marry. Then the vote was rescinded after it earned Dent County national-laughingstock headlines.

Then, yesterday, a Salem man with a burning marijuana leaf tattooed on his forehead, who has legally changed his name to Chief Wana Dubie, announced on the Dent County Courthouse steps that he would be running for the U.S. Senate in 2016.

“It’s going to be Dubie versus Blunt in 2016,” Wana Dubie said, referring to sitting U.S. Sen. Roy Blunt, according to The Salem News. “Sen. Blunt better get ready, because I am going to smoke the competition.”

Eight years ago, the Chief — given name: Joseph Bickell — tried to run on this same weed-pun slogan against Roy’s son, Matt Blunt, but his plans were derailed when Matt decided not to seek re-election.

Here are some things about this dude:

*He was carted off to prison in 1997 after declaring his secession from the United States, declaring marijuana legal, and growing 135 marijuana plants in his front yard. He served five years.

*He ran for the Missouri House of Representatives in 2006 and received 556 votes.

*When he answers the phone, he says, “This is the Chief.”

Dubie will be running as an independent. Also, technically, it’s going to be Dubie versus Blunt versus Democrat Jason Kander (Missouri’s current secretary of state, who declared his candidacy a few months ago) — not that we’re trying to harsh on that mellow.

We are VERY excited to learn more about Dubie’s platform in the coming months.