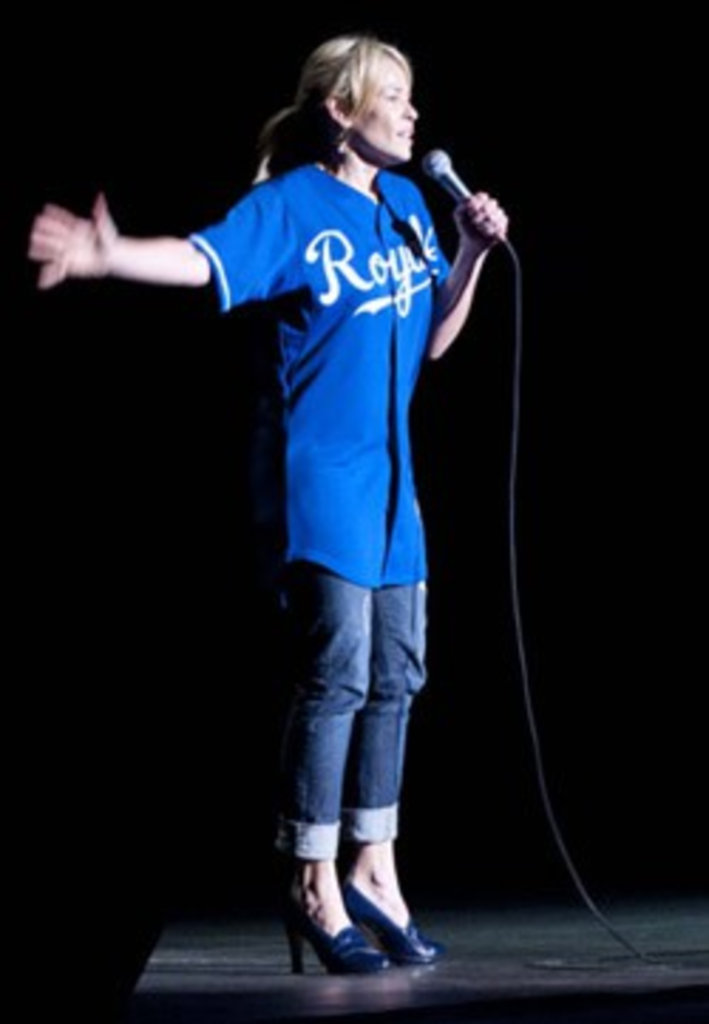 I never thought a Mazda Miata would bring me closer to Chelsea Handler, but that’s precisely what happened Friday night at the Starlight Theater. I recently encountered the impossible task of explaining the enigma surrounding the Mazda Miata to a close associate. She wanted to know why Miatas were always mentioned in conjunction with the pathetic, or with deep irony.

How do you explain that?

While trying to find the root of the Miata, I came to the conclusion that people driving Miatas are self-conscious thrill-seekers in the throes of mid-life crises, living in the suburbs. No one cool drives a Miata.
Too bad my associate wasn’t with me on Friday night. Handler listed the reasons she hates balls; but more specifically, Handler hates the balls of Russian men, saying that their only saving graces would be owning an ice cream truck and/or driving a Mazda Miata.

What sets Handler’s balls-out style of comedy apart from other women (see Joan Rivers, Sarah Silverman, or Kathy Griffin) is her ability to verbally torture every minority, majority, and every human being in between. As the 21st century stretches its newly-hatched wings, our society is quickly leaving PC humor rotting alongside the information super-highway. Thus, Handler’s universal mockery brings individuals together, unironically. With a mouth that would make the devil blush, she delivered lashings about our fellow Kansas Citians she met before the show. Unlike the standard comedian fare, Handler uses specifics to differentiate her unlucky victims. A Handler fan knows he or she may become fodder for her stand-up show, or her hit television series Chelsea Lately, now in its fourth season with a renewed contract through 2012.