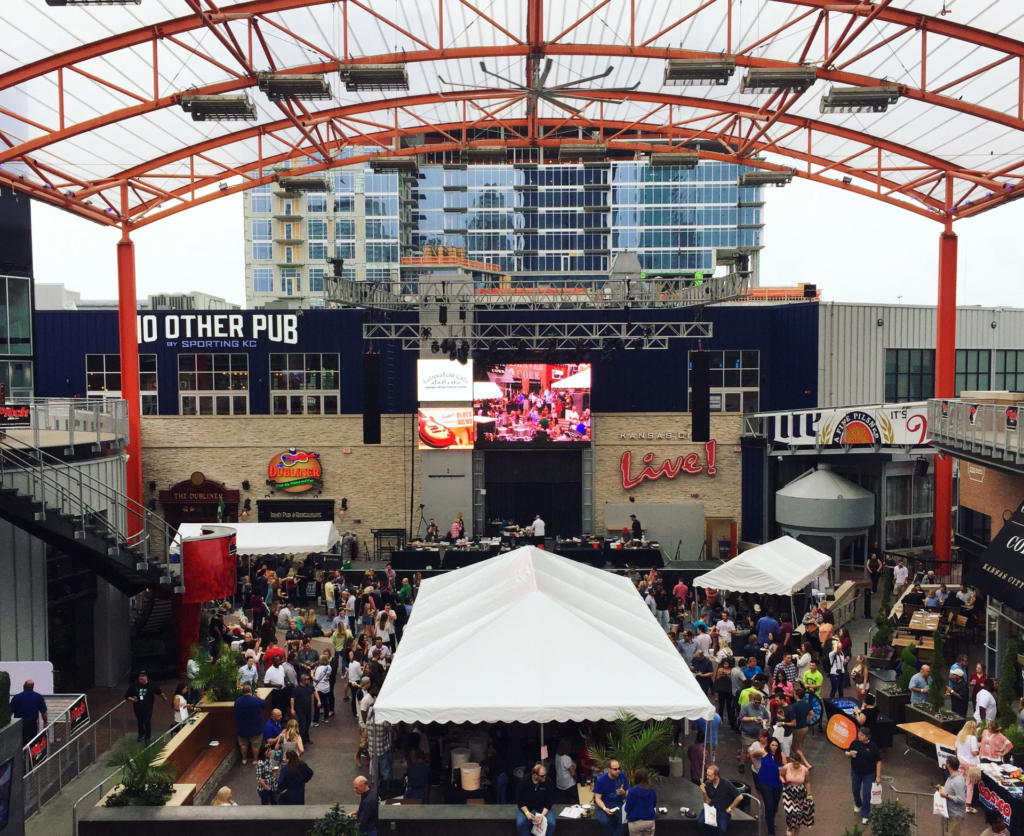 Had the predicted downpour started a couple of hours earlier, all of the chefs’ dishes and restaurant samples, no matter how carefully prepared, would have succumbed to a flavor-deadening. “submerged in a small lake” presentation. (KC Live’s roof can do only so much against a classic KC sideways deluge.) But the evening stayed dry, so the main challenge was how to make the cooking contest’s secret centerpiece — chicken — not dry. The five competing chefs had less than an hour to mull this over before they started cooking. 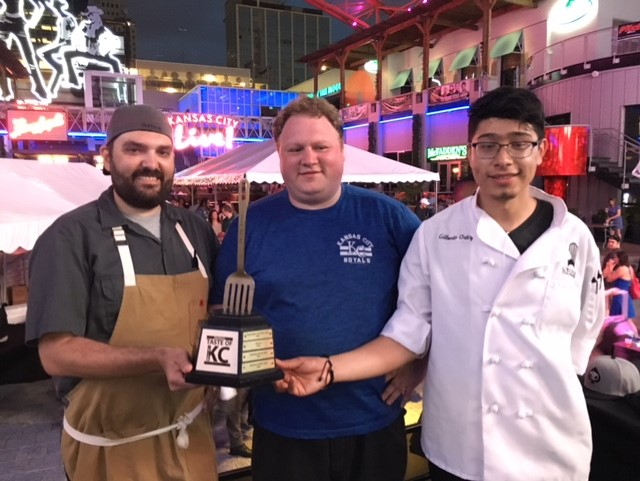 In the end, nobody used chicken better last night than Bryant Wigger (above left), of Tavernonna Italian Kitchen at Hotel Phillips, who took the title by combining a fried, tea-smoked chicken thigh with a creamy cauliflower risotto, pickled vegetables and a sweet-and-spicy honey dipping sauce. “The whole dish was a thoughtful, balanced composition of flavors and textures, and it looked great on the plate to boot,” said judge (and Pitch restaurant critic) Liz Cook. All three judges gave Wigger’s dish a perfect score.

Only the judges got to taste Wigger’s winning bird. Ditto 2016 Golden Fork winner and Ambassador Hotel chef Shaun Brady’s weirdly awesome-looking bonus dessert (chicken not included), which incorporated orange-juice-candied bacon and a sample from the Popcorn Heaven table. Being at the head table was a pretty sweet gig, which is why the event’s co-host Janet Ross, repeat Cutthroat Kitchen competitor and incoming chef at the Russell, repeatedly razzed the judges for having the “cushiest job.”

Still, attendees didn’t have to watch the proceedings hungrily. (Or thirstily — Tom’s Town boasted the night’s longest lines for its vodka and gin mules.) The hottest ingredient on the floor was the habanero. Hot Helga featured Smokin’ Hot Helga Nordic Mustard, with dipping pretzels provided and reinforcements at the nearby Pretzel Boy’s booth; Cacao offered pulled pork with habanero onions.

And the coolest conversation-starters were both served on a stick. The monkey bread from Leinenkugel’s prompted this overheard exchange: “Everything’s better on a stick.” “Yeah, but I don’t know what it was!” (In this case, the mystery ingredient was neither monkey nor chicken, but instead cinnamon apple brioche.) 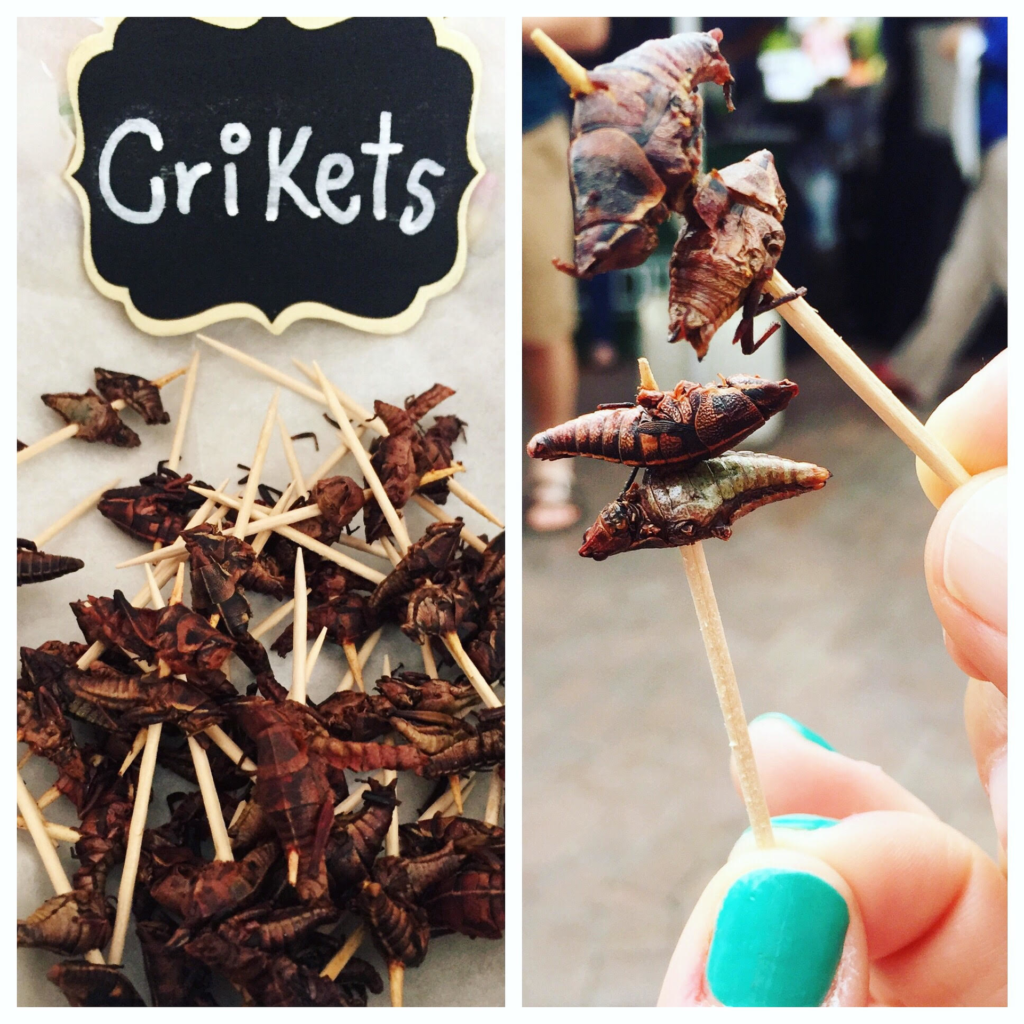 Even more exotic were Cacao’s crickets-on-a-stick, which prompted a mini-stampede until the restaurant ran out. Hey, there’s an idea for next year’s mystery ingredient.