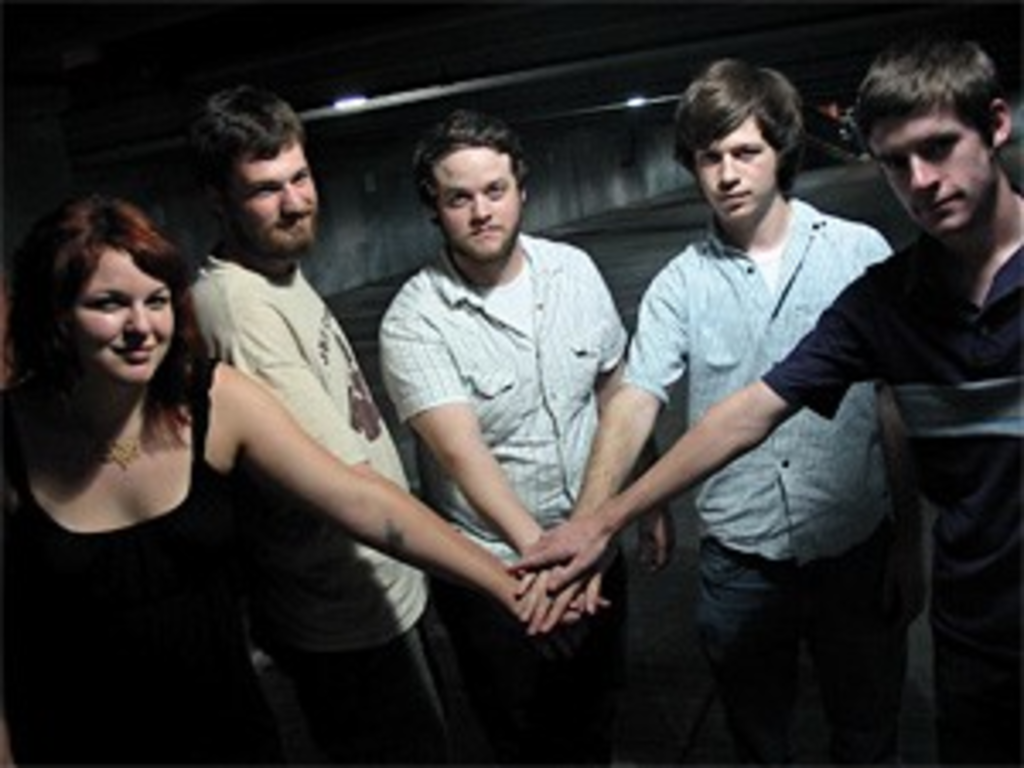 “A Clock Breaks” by Another Holiday:

It’s a Thursday night in Lawrence, and Another Holiday is wrapping up a stellar performance at the Jazzhaus for the bartender and about 20 friends and family members.

Such levity has become a survival instinct for Another Holiday, a young band with enough tough-luck anecdotes to earn a Spinal Tap merit badge. The group’s recent 11-date tour, for example, turned into a six-date tour thanks to shady promoters and an embarrassing episode in which a hungover member puked in the cup holder of the tour van.

“In the end, it turned out for the best because we didn’t waste money on gas to get to the next show,” bassist Brook Partain says.

The band’s gig in Tulsa, Oklahoma, inadvertently became the afterparty for a herd of hootin’ rednecks from a nearby Ted Nugent show. In Omaha, Nebraska, Another Holiday set the stage for a fetish troupe at a gay bar and never received the $30 paycheck the promoter promised to mail. Then on to Manhattan, Kansas, where the quintet nobly tried to outrock a cover band that fused Green Day and Oasis into abominable ’90s mashups.

“As soon as they were done, they announced a kegger at their mom’s house,” Bower recalls. “It went from, like, 50 people to eight people in 10 minutes.” He reflects for a moment, then concludes: “Usually, surprises at our shows are not good.”

It’s hard-traveling these days for modest bands that write lovely, unpretentious pop songs. Fortunately, Another Holiday is wet enough behind the ears to take it all in stride: Lead singer Katlyn Conroy is 18, and two other members haven’t yet imbibed a legal cocktail.

“It was the first music that really affected me,” says Conroy, who sports a tattoo of the Conor Oberst lyric I believe lovers should be draped in flowers, from the song “A Perfect Sonnet.”

“One of my favorite things to do in high school was drive up to Omaha to see shows,” she adds. “It was the first time I wanted to be in a band.”

Conroy’s love affair with Saddle Creek staples such as Rilo Kiley and Azure Ray steamrolled into a sweet spot for female-fronted pop bands, including Stars, Eisley and Metric. The Lawrence native spent her high school years skipping class to play the piano in the orchestra room and performed with an acoustic duo called Parasol before accepting Another Holiday’s invitation to sing.

“She blew us off when we first contacted her,” recalls Bower, who formed the band in 2005 with Partain, drummer Aaron Couch and a different vocalist. “So we wrote sad songs all summer, and we were so desperate that we asked her again.”

The shoe fit, and Another Holiday quickly booked a session at Black Lodge Studios to record a debut EP titled Landing Space for Leaves. In three short songs, the group established an aptitude for sweetly chiming indie pop, highlighted by Conroy’s unshakably sweet voice and an arsenal of bargain-bin keyboards.

“We’re able to incorporate some of the worst sounds ever,” says keyboardist and trombonist Joshua Landau. “We want to have money to record an album, but we also want money to buy new keyboards.”

In the meantime, a Casiotone orchestra suits Another Holiday just fine. Swooshy synthesizers, sleigh bells and handclaps round out the group’s slow-building tunes, which often risk being disturbed by creaky bathroom doors or 10-inch voices.

“It seems that a lot of the songs that we write fast end up slowing down,” Conroy says.

Lyrically, Conroy writes in a style similar to Bright Eyes — painstakingly personal but draped in layers of innuendo.

“It could have a simple theme with lots of double meanings,” she says. “But I try to write about what I know.”

As for Another Holiday, the group has already worked up a dozen songs and tracked two more at Black Lodge and one at Alibi6 Studios. Another EP may be forthcoming, but the band’s focus is touring and seeking label support.

“I think we’re working hard at what we’re doing,” Conroy says. “If something happens, hopefully we’ll have earned it.”

By then, a holiday will be long overdue.