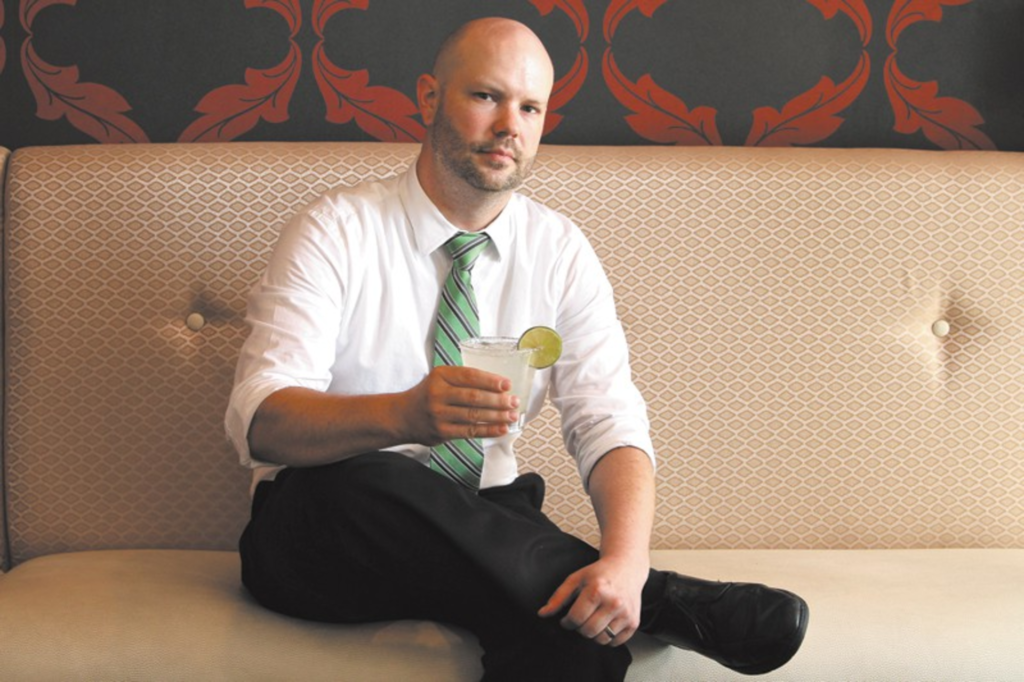 This weekend, bartenders from 10 area restaurants, armed with top-shelf tequila, lime juice and cocktail shakers, are battling it out at The Pitch’s Margarita Wars. Attendees get to sample the drinks and vote on who rocks that drink hardest.

I talked with four of the bartenders participating in the contest, and they agree on at least one thing: The margarita is so much more than that sugary, lime-green mix you buy at the liquor store. Excerpts from our conversations follow. General-admission tickets to Margarita Wars cost $25 and are available at pitch.com.

The Pitch: What goes in your margarita?

We’re still playing around with it and tweaking it. We’re probably doing some Grand Marnier. We make our own sweet-and-sour here at the Well, so that’s going to be a key ingredient. We are going to use organic blue agave nectar. We might use jalapeños, which add a little bit of spice to the sweetness. It’s actually really phenomenal.

If you’re going to ask bartenders about frozen drinks, they’re all going to say they really don’t like messing with it. But they are fun, and you can create a lot of great drinks. With rocks, I think you can do more by adding flavors. When you’re using a blender and chopping up the ice, it will dilute your flavors. I prefer my drinks to be on the rocks over frozen.

It has ingredients that you wouldn’t think would be in a margarita, like jalapeños. They’re something you wouldn’t expect to see in there.

I think they’re both good. I like it better on the rocks because the frozen gets more watered down if you don’t drink it fast enough. But if you drink it too fast, it can give you brain freeze, so I think on the rocks is a little better for me personally. But I don’t discriminate — I would not turn away either one.

We’re bringing our New Mexican Martini — in the restaurant, we serve it in a martini glass with an olive and a lime. It has tequila infused with green chilies to spice it up. We’re also bringing our Grandma’s Rockin’ Rita. It’s a twist on a traditional margarita because it’s a reverse margarita. We use more liqueur than actual tequila — Grandma’s a little old, and she can’t take too much tequila, so we want to smooth it out for her.

Frozen is smoother and a little sweeter. People have the misconception that they’re not as strong, but the frozen are actually stronger.

We do it fresh. We’re taking the freshest green chilies and infusing them in the tequila. We squeeze our lime juice fresh every day.

For Margarita Wars, I believe we’re going to do a basil margarita. In that, we use basil simple syrup, fresh lime juice, a little bit of Damiana — which is a Mexican herbal liqueur — Camarena Reposado and fresh basil. It’s a pretty great-tasting margarita.

I personally like rocks margaritas better because you can take the time to handcraft them. I think it makes for a better-tasting margarita. Even with a blender, frozen margaritas tend to get a little inconsistent. One time you’re going to get that really awesome, perfect mixture of ice, tequila and sour mix, and sometimes you can get too much tequila, or it will be watery. I like a really super-cold, thick frozen margarita and not that icy, chunky, watery crap. Rocks margaritas are easier to control.

It’s our own recipe, definitely unique to this restaurant. It’s super-fresh, and we handcraft each one individually in the restaurant.