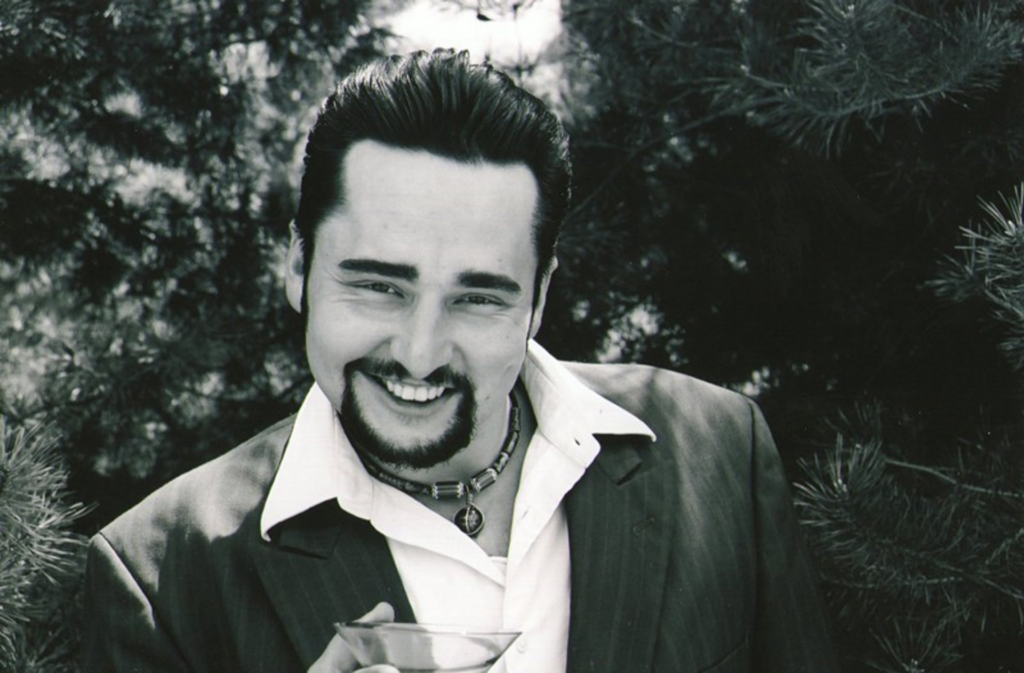 Tip that martini glass and pour a little out — the long-running Victor Continental Show is coming to a close. The live sketch-comedy musical show, hosted by Jerry Mitchell’s oversexed European playboy, has built up a loyal audience over the past 15 years in Lawrence. Will Averill, the head writer, director and co-artistic director of Card Table Productions (the company that produces the performances) says the timing is right. “If we’d had a kid when the Victor show started, it’d be in high school now. And we can’t afford to pay for college.” We recently e-chatted with Mitchell (in character as Victor, naturally) and Averill about the end of this era in Lawrence comedy.

The Pitch: Has Victor learned anything over the years? I mean, has there been much character evolution going on?

Will Averill: There definitely has. In our first show, way back in 1998, Victor was much more reserved. He didn’t wear a tux, didn’t have ladies, and, in fact, the first show he didn’t swear much at all. As the shows evolved, so did some of the iconic parts of the character: the tux with a vest that matches the band; the two ladies who assist him throughout the show; his bodyguard, Giuseppe, the bodyguard that announces him; and in 2008, the inclusion of the drinking game with the audience. These all changed and shaped him into the sexy, smarmy, bleary-eyed Casanova we have today.

The Pitch: I’m embarrassed to admit that I haven’t seen a show for years. However, I felt that even back then, you guys set the bar pretty high for local comedy. Has it been difficult to keep things fresh?

Averill: We do try to mix it up. Every three to four years, the cast and crew kind of collectively throw out any patterns we’ve been sunk into and restructure the show anew. The only constants through the whole process have been the big opening musical number, Victor himself and Shitty Deal Puppet Theatre. Everything else has come and gone and, as Victor would approve of, sometimes come again.

Continental: Well, Berry Anderson, Ah’m embarrassed to realize we haven’t had sex since 2000! Ah think as long as Kansas keeps doing things that are funny, it’s easy to keep things pretty fresh. Boxer briefs help, too. They’re the right combination of firm and yielding, and they promote freshness in one’s man basement. Oh-kay!

The Pitch: Do you think that Victor will inspire any imposters going forward?

Averill: I’ve hoped for a long time that someone would! It would be great to see more sketch comedy happening, particularly sketch comedy with a local flavor. There was this one unnamed emcee for a variety show I saw in Lawrence once who was suspiciously like Victor — but I’m not naming names.

Continental: Ah think that Don Draper is quite obviously an American Victor Continental. But as long as he keeps being a sexy bitch, Ah will not seek legal recompense.

The Pitch: Can you think of some highlights over the years that still continue to amaze you?

Averill: There’s nothing better than the feeling of something risky which works — for example, a sketch about a troupe of mimes going into WWII, an upset Aunt Jemima being let go as a spokesperson because she’s too offensive for contemporary marketing, or the secret explanation of where ladies really keep their umbrellas. In addition to that, I’m always amazed and amused by the work Jerry Mitchell does as Victor. Victor gets very little writing done for him; most of his segments are off the top of his head and part of his character. Finally, I’m always amused by recurring characters who show up during the show: Victor’s brother, Enrico; Johnson County gangster wannabes Flaky-T and Spooncreek; the Justice League of Lawrence. It’s fun to watch the audience enjoy characters that some have a history with and some are seeing for the first time.

The Pitch: Was there a subject that was ever too taboo for Victor to cover?

Averill: We have crossed the line often enough that I’m not entirely sure. We don’t do denigrating humor. It may be scathing and offensive, but it’s always been in good spirit and with a positive spin. That being said, there have been times when people have walked out, but we try to be offensive to everyone equally, including ourselves. And we haven’t yet walked out on ourselves. That I know of.

Continental: We ended up having to cut Female Circumcision Beach Party and Pedophile Godzilla News Hour in the past, but that was mostly due to prop and costume concerns rather than offensiveness.

The Pitch: Will there be an emotional goodbye onstage? offstage?

Averill: It’s gonna be tough. Fifteen years is a long time, and most of us in the cast have grown up with this as a staple of our lives and summers for most, if not all, of the last 15 years. We’re definitely a family — a wonderful, wonky, sometimes dysfunctional family. After this, we won’t have that yearly touchstone to come back to, and I think that’s gonna be pretty rough. Onstage, it’s going to be EXTREMELY difficult to keep it together. Having a show that can bring 1,100 of our closest Lawrence friends together over the course of one weekend is a unique and special place to be, and I think we’ll, all of us — audience and actors — have a laugh and a few tears by the end of it.