Chastain’s next big fight: libel suits against The Star 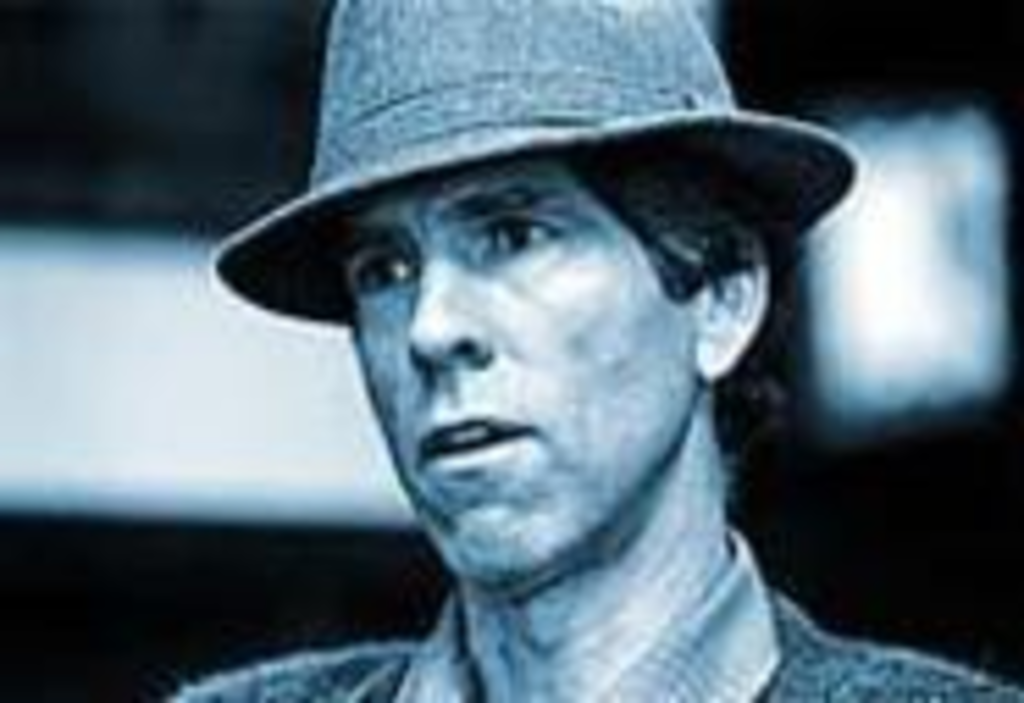 At D’Bronx on the evening of the Nov. 3 election, activist Clay Chastain and his supporters sat quietly eating pizza and sipping soft drinks and beer. Chastain’s Question 5 had just bitten the dust. When reporters tried to pin him down, he told them over his shoulder he was finished with Kansas City politics.

By all accounts, Question 5, to fund light rail and infrastructure improvements, was the swan song for a colorful, ambitious activist who was a mayoral candidate in 1991 and 1999. Chastain also has pursued six petition initiatives since 1993: two to restore Union Station, two to restore the station and Liberty Memorial, and two for light rail.

Chastain won’t comment on the lawsuits but says: “I believe my chances of winning the cases are good. I believe the law is on my side.”

Chastain filed similar cases in 1996. Judges dismissed the cases, stating they lacked standing upon which to provide relief.

In the present suit against The Star and defendants Cleaver and Spivak, Chastain alleges that The Star published news stories Oct. 29 and Oct. 30, 1998, both written by Spivak, that contained statements the paper, Cleaver, and Spivak knew to be false. Both articles revolved around a light rail proposal Chastain placed on the ballot with petition initiative that was coming to a vote just days later.

The Star reported in the Oct. 30 article that part of the Pershing II parking garage, 2300 Main, would have to be demolished for Chastain’s proposed light rail link to Union Station. The article also stated that Chastain’s proposal threatened renovation efforts under the Bistate Cultural Tax.

Chastain claims he said in an interview with Spivak that it was only a possibility that light rail tracks would run between Union Station and the Pershing II parking structure. Chastain maintains the arrangement would demand the loss of no more than three parking spaces. Passage of the light rail proposal would not result in the demolition of any part of the station.

The suit lists statements Cleaver made over the years that “exhibited a pattern of distorting facts and maligning plaintiff Chastain’s character.” The suit also refers to Star articles in which Cleaver commented on previous revelations that Chastain had pursued women after making notations next to their names on petitions and had been cited for illegal dumping. According to the suit, Cleaver also commented on Chastain’s possible light rail track and waiting-room locations. (Chastain publicly apologized after the petition incident and was cleared of wrongdoing in the illegal-dumping citation.)

Chastain also claims Spivak “has exhibited a pattern of distorting facts and plaintiff Chastain’s initiatives” and cites articles from 1996 to 1999 as support.

The second suit hinges upon a Nov. 3, 1999, Star article that contained the results of a poll of Question 1 backers by political opponents of Chastain’s Question 5. The article reported Chastain’s “personal favorableness at 22 percent, down from a year ago when he was viewed far more positively.” The suit states that Steve Glorioso said in the article that Chastain was “now viewed as putting his ego ahead of the betterment of the city.”

The suit goes on to state that Frank Smist said on a Nov. 4, 1999, appearance on KCPT Channel 19’s Ruckus, “In terms of credibility, he (plaintiff Chastain) has very little credibility.” Smist also said on the same show that he hoped Star columnist Yael Abouhalkah had asked Chastain “what his dating situation was. When he needs more hot dates, the petition drives will start again.”

In both suits, Chastain seeks unspecified damages for statements by the defendants that he claims hurt his reputation and caused personal problems arising from psychological distress, emotional distress, and feelings of shame and despair. Chastain also says the articles caused voters who would have voted for the light rail proposal to vote against it (the proposal lost by 5 percent). He seeks unspecified punitive damages.

Spivak referred inquiries on the lawsuits to Star Editor Mark Zieman. Zieman says Chastain’s cases have “absolutely no merit. This is at least the third time he has sued us. His previous cases were dismissed every time because they had no merit.”

Zieman says Chastain has complained to the paper of coverage he received in the past. “We have listened to him each time,” he says. “We have addressed his concerns as best we could, but many of his complaints were unfounded.” Zieman says he had no conversations with Chastain about the present lawsuits.

Zieman says the Star is involved in several lawsuits, some of which the paper has filed, such as a recent case in Kansas over open records. The Star has been sued by residents before, he says, “but never three times by the same person.”

Zieman says the suits are in the hands of the paper’s attorneys. “We encourage people to talk to us if they have a concern,” he says. “We listen to readers about our coverage all the time, but they rarely resort to lawsuits. I can’t explain the reason he sued us…. We are taking this seriously but aren’t seriously concerned.”

Attorney for The Star Tim McNamara says he has received the suits. “Everything we are doing now is very preliminary,” he says. “We are in the process of evaluating the response we will make.”

Chastain has an uphill struggle common to First Amendment-related cases. Chastain, as an activist who sought public office and who publicly backed his own proposals, sacrificed the protections a private citizen has in libel cases. “I understand that I am a public figure,” Chastain says. “But there is a law.”

McNamara says it is very difficult to prove malice in libel cases. “Basically, the statements have to be pretty outrageous, and there has to have been information under your nose you did not consider,” he says. “Sometimes even the availability of information is not enough. Even if you had information that may contradict other information you had, or information that would be helpful or favorable to the plaintiff, its mere existence is sometimes not enough.”

Without direct evidence, McNamara says, circumstantial evidence has to be incredibly damning, and usually it has to be from more than one source or document.

Besides the difficulty of proving the reporter’s intent, some statements (such as Smist’s and Glorioso’s) could be construed as opinion. “Here, we are looking at precise words to see if they convey statements of fact or opinion,” he says. “We have to look closely at internal qualifiers and statements like, ‘that is my opinion,’ or ‘I think that.’ Generally, the stronger the words, the less likely they are seen as statement of fact. There are also some statements that can’t be proven true or false.” Even if the statements were opinion, Milton says, many depend on an audience’s perception of the statements in a libel case.

Milton did not comment directly on Chastain’s case but says, “In the context of a show where people are expressing opinion, a person is more likely to be protected. There is not a not a bright line that anything said on an opinion show is safe, however.”

According to McNamara, very few libel cases go to trial. More often than not, he says, the lawsuits’ filers cannot meet the strict Constitutional standards to build a strong case. “The First Amendment and free speech projections make it very difficult to satisfy legal requirements,” he says.

Milton says that according to records at Media/Professionals Insurance, only 1 percent of libel cases his company sees goes to trial. “From 50 to 60 percent are dismissed, about 20 percent are settled. The rest go away one way or another.”

Chastain wrote opinion pieces three times that appeared on The Star‘s editorial page. The Star also endorsed Question 5. Editorial page editor Rich Hood was not available for comment for this article. “(Chastain) has received a lot of press coverage in The Star, and even an endorsement of his light rail proposal the last time around,” says Zieman. “He sued us anyway.” Chastain says such inclusion in The Star has no bearing on his lawsuits.

Chastain is acting as his own counsel in both cases, but he says he has legal help. “My helper wants to remain anonymous,” he says. With regard to the resources The Star will put into its defense in the cases, he says: “I wouldn’t have filed them if I couldn’t follow through on them. The law can’t protect somebody if they are rich or have a whole fleet of attorneys. I am seeking justice and the law is on my side.”