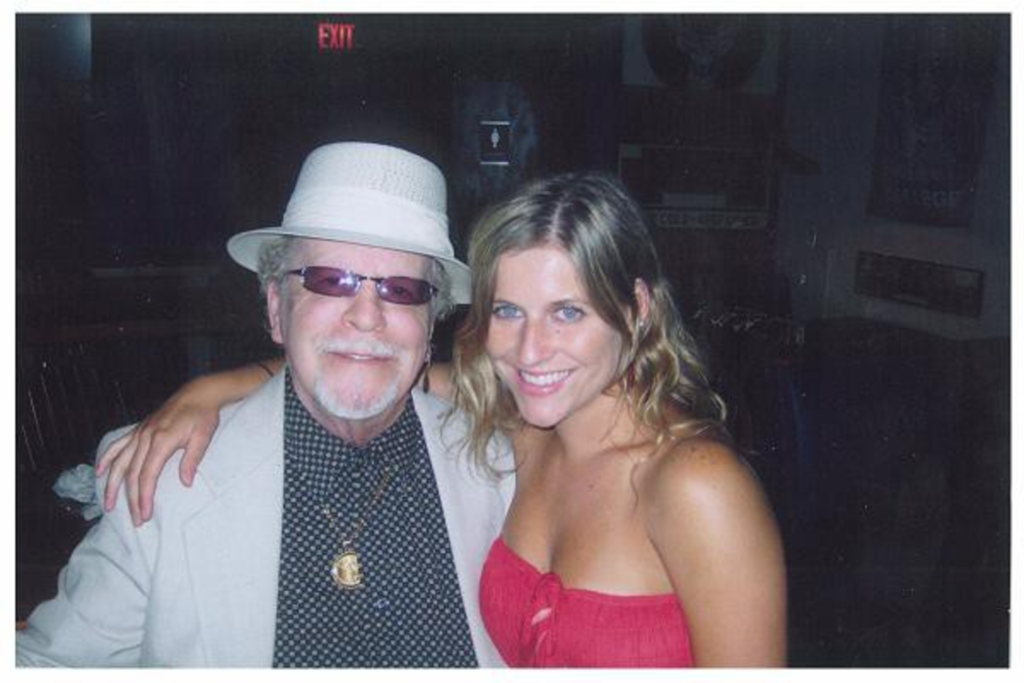 Charlie is a regular at Mike’s Tavern and is very particular about the level of his hat. He told me he used to carry a carpenter’s level in his pocket to make sure his hat is straight. I thought he was joking until I got this email:

I didn’t much care fer either one of those pics ya took of me, Charlie wrote. It’s not that there’s anything wrong with em per se, it’s jus that I didn’t like that “jaunty” angle of my lid. I don’t do”jaunty” y’dig? I always strive to keep my brim angles level, y’know what I mean. I likes em straight and low.

So he sent me the above picture to replace the offending one. Laura, Mike’s “bar maid,” as Charlie calls her, is pictured next to him. Being a regular means Charlie doesn’t run out of pictures of himself at Mike’s Tavern.

He bought that gold medallion around his neck a year ago. “I always wear some kinda necklace,” Charlie told me. “I’m afraid sometimes that it looks too garish. Too ostentatious. That’s not me.” He glanced around. “If my friends saw me getting interviewed about fashion, they’d laugh and laugh.”

At least you’re not getting caught at a jaunty angle, Charlie.