A three-song encore capped off a hell of a show. 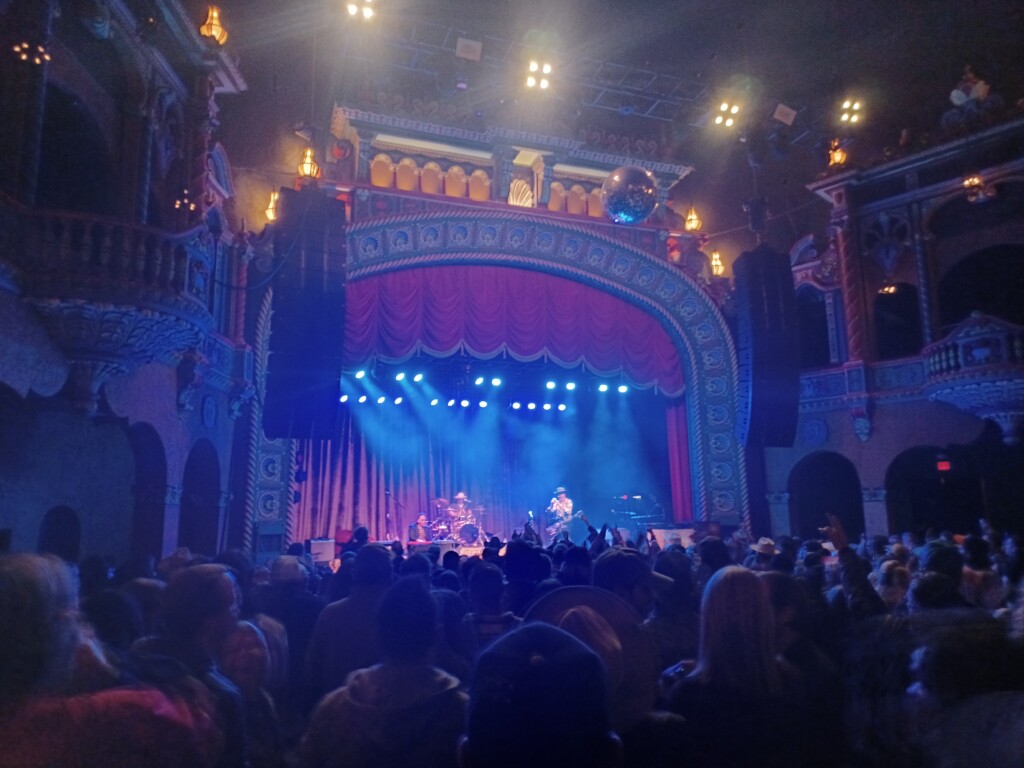 There aren’t many artists out there playing middle-sized venues with the energy that Charley Crockett brings to the table. Even fewer can regularly crank out a 30-plus song setlist on a regular basis, as the Texas singer-songwriter had for an enthusiastic crowd at the Uptown Theater on Wednesday, November 30.

Apparently a distant relative of Davy Crockett, Charley is undoubtedly in his element as a contemporary embodiment of the mythos of the classic Western spur-of-the-country genre, and pays tribute to forefathers like Johnny Cash and Willie Nelson without any of the eye-rolling camp, pomp, or circumstance the more cynical among us may expect from such an act.

He and his band, The Blue Drifters, are just out there having the time of their lives, mixing in blues and Americana riffs with a sense of unrelenting showmanship that assures fans they got their money’s worth.

They opened the night with “Cowboy Candy,” the first of several entries from Crockett’s second album of 2022 and September release, The Man From Waco. They continued down the tracklist with “Times of the Cottonwood Trees,” “Just Like Honey,” and “Black Sedan. 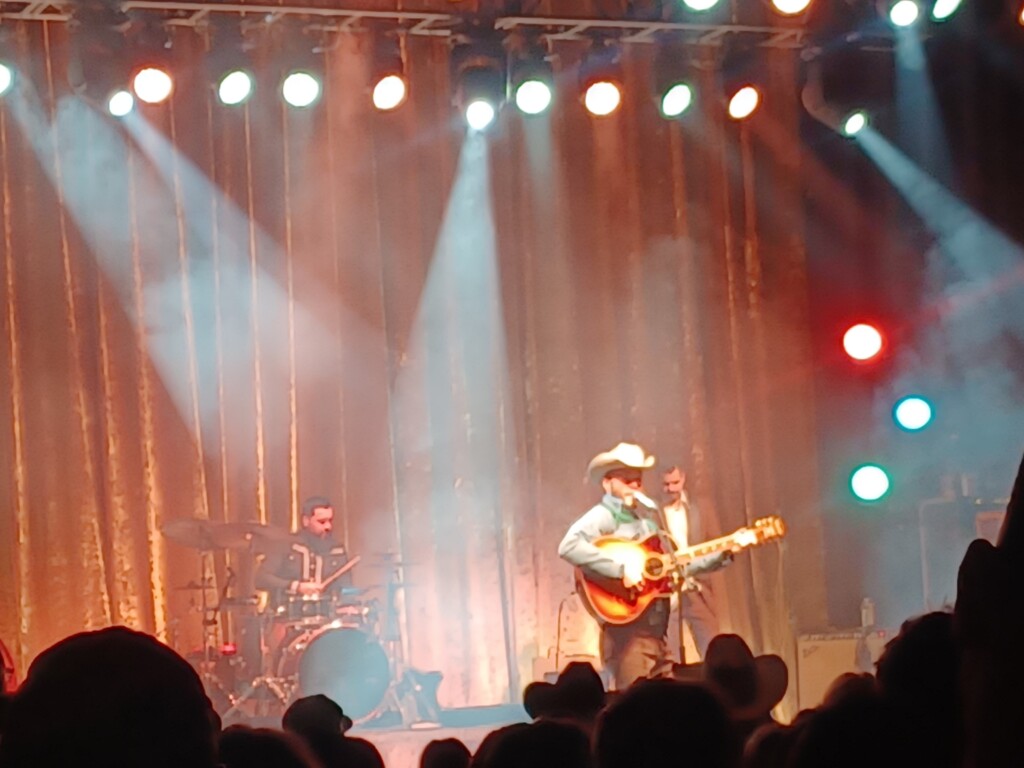 The show really got going with the fifth song on the setlist, “The Man From Waco”—a neo-nostalgic jaunt and the titular track from Crockett’s latest album that mixes slow steel string guitar strums, timely trumpet blasts, and Marty Robbins-esque storytelling.

The first of many covers in the set came next in George Jones’ “Between My House and Town.” It was followed by “Odessa,” another new track for which Crockett would release the music video just a few days later.

This was followed by “The Valley,” from his 2019 album of the same name, and “Jukebox Charley,” a twangy honky-tonk Johnny Paycheck cover that Crockett recorded for April’s Lil G.L. Presents: Jukebox Charley.

A true highlight came next in “Music City USA,” a swingin’, groovin’ jam that got the crowd moving and established Crockett’s performance that night as one to truly remember.

In it, he sings, “I shouldn’t have come here in the first place, ‘Cause folks in here don’t like my kind, I hear they’ve got a lot of reasons, I think I see them on their signs, They’ve got a lot to say in Music City USA.”

Smiling with his bright white teeth, Crockett seemed to be giving a tongue-in-cheek nod to the newer breed of country artists of Crockett’s ilk like Tyler Childers, Colter Wall, Sturgill Simpson, etc, who have drifted further and further away from the Nashville establishment. At the same time, there’s no lack of fun to be had onstage or in the crowd throughout. 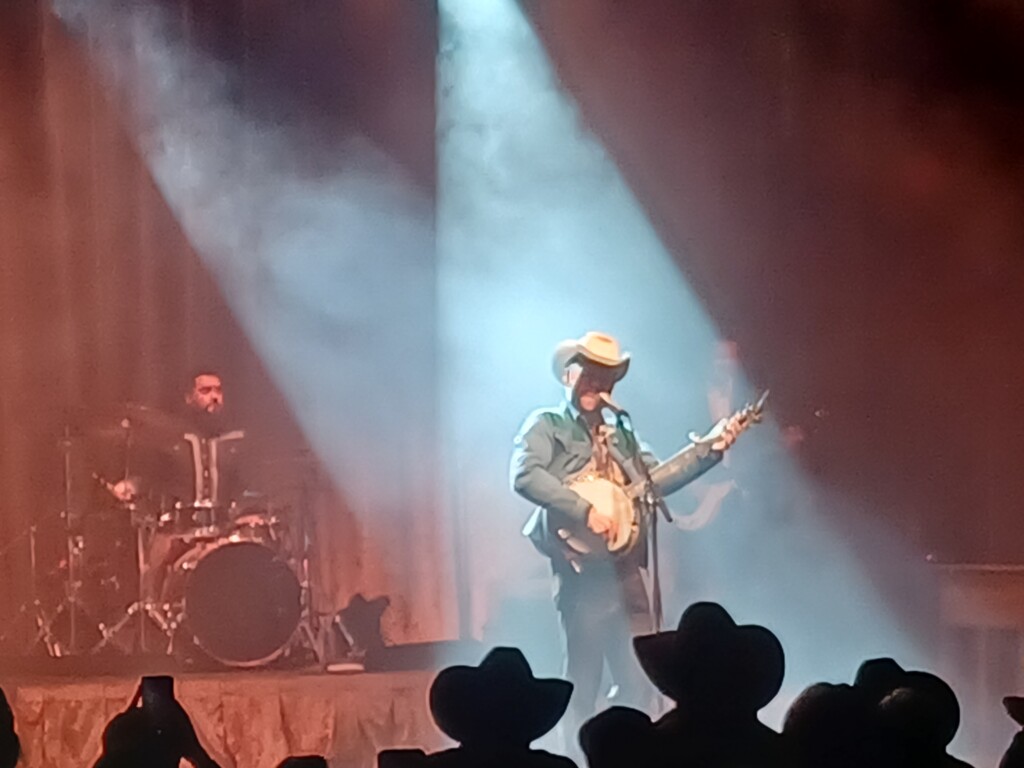 Crockett traded out his Danelectro Guitar for a banjo on a number of songs after that, beginning with three James Hand covers in “Midnight Run,” “Lesson in Depression,” and “Don’t Tell Me That,” followed by another Waco track, “Tom Turkey.”

Another more memorable performance of the night was “Welcome to Hard Times,” a nostalgic trip to a 1950’s casino dance-floor, one made more believable by Crockett’s unwavering commitment to the earlier era of country music that so inspired him.

The second half got rolling with one of Crockett’s most popular covers, Tanya Tucker’s “Jamestown Ferry,” after which the band went straight into Jerry Reed’s “I Feel For You,” and T-Bone Walker’s “Travelin’ Blues.”

“Lily My Dear,” “A Stolen Jewel,” “Round This World,” and “Trinity River,” kept the energy going before Crockett launched into the hip-swaying, 50’s dance hall banger that is “I Need Your Love.” It is moments like the chorus in that song where Crockett’s deep drawl is at its most impressive, bolstered only with smooth horn play and a rock-steady rhythm section.

A cover of Magic Sam’s “21 Days in Jail,” headed up Crockett’s final official song of the night, for which we brought out the opener, Greyhounds. The Austin-duo of Anthony Ferrell and Andrew Trube are of a similar musical pallete with some funky undertones, and the stage was packed with musicians as Ferrell, Trube, Crockett, and their talented supporting cast brought the house down with big energy and toothy-grins all-around,

The stagelights were dimmed, and more than a few people began to file out before Crockett returned, solo mission, to the stage with his guitar for a powerhouse trio of an encore which began with “July Jackson,” an empowering tale of classic western feminine revenge a la Clint Eastwood’s Unforgiven.

“I’m Goin’ Back to Texas,” a poppy, twangy 1950’s groove from 2018’s Lonesome as a Shadow, brought the energy back for the finale: “I’m Just A Clown”—a popular, thumping, winding bop from The Man From Waco that served as an absolutely perfect send off.

“Circus is coming through, and everybody knows that when you purchase a ticket, you expect to get a show,” Crockett crooned as he gave his fans in a packed Uptown Theater just that and a whole lot more, to boot.