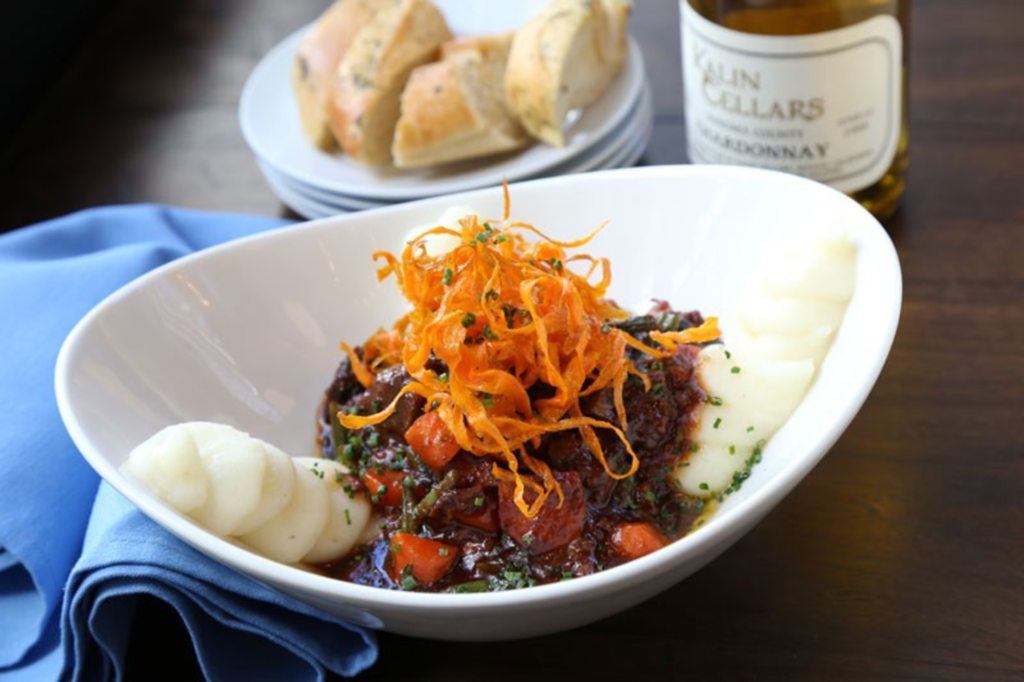 I’ve never completely bought into the notion that address alone sets a new restaurant’s fate in motion. Cafés die in seemingly bulletproof locales, and I’ve seen the occasional dining flower come up through very hard pavement. (One thing I do believe in, however: the curse. But that’s another column.)

But what about seemingly viable spots that resist restaurant permanence? What about, for instance, 1006 Walnut? It’s a location that’s neither poisson nor poulet, far enough north of the Crossroads and the Power & Light District and south of the River Market to stake out its own identity with a growing perimeter of urban dwellers, who could use a restaurant to frequent. This stretch of downtown hasn’t been a dining destination for a half-century, but it’s a neighborhood clearly poised for renewal.

That revival didn’t come in time for Aixois Brasserie, the sophisticated satellite of the Brookside French bistro. Megan and Emmanuel Langlade opened it in the summer of 2012 but pulled out after just two years. Last September, the Langlades turned Aixois Brasserie over to their executive chef, 32-year-old Jason Craine. He kept the Aixois name for a couple of months (“It made the transition smoother,” he says) and then rechristened the restaurant Charisse (after Craine’s wife) in November.

“This is not an old-school French brasserie,” Craine says. “We’re a Midwestern restaurant doing French-style food.” The menu calls his food “old French/new American,” and indeed, anyone expecting a version of what the Langlades attempted here is in for a surprise. Yes, there are quite a few dishes from the French repertoire (onion soup, bouillabaisse, steak frites), but Craine also makes a very good burger and has added filet mignon and a dry-aged Duroc pork chop to the lineup. “And these recipes,” Craine says, “are all mine.”

French things French: Craine’s beef bourguignon is now the best in the city, a sumptuously tender stew with slowly braised meat, onions, carrots, parsnips and red wine. It’s slightly sweet, impressively supple and soothingly rich. If you’re still winter-chilled, order the dish while it’s still there; Craine says he plans to drop it and other hearty items from the menu in April, when he introduces his spring collection of dishes. “I try to rotate dishes in and out depending on the season,” he says. “I want my warm-weather dishes to be more focused on regionally sourced produce and herbs.”

Mind you, Craine isn’t about to serve less beef. He has already learned that Kansas City wants it year-round. “I offered a French dip sandwich at lunch,” he says. “And when I took it off the menu, I got angry phone calls from our regulars. I had to put it right back on.”

I’d consider making an anonymous complaint if he tried to take his superb steak frites off the menu. The meat-and-spud classic isn’t a rarity in the metro, but the one here involves flank steak marinated in olive oil, gluten-free soy and Worcestershire sauce and then grilled just right. And the crispy, golden fried potatoes are no afterthoughts; they’re blanched, then fried twice, and they’re delicious, particularly with a dollop of Craine’s silky bearnaise.

One French borrowing I could do without: the intimidating hauteur lobbed my way by a server during one of my visits. He managed, in one meal, to break nearly every commandment of good service, culminating in an attempt to drop the check before my table had decided whether to order dessert. This being 1006 Walnut, the restaurant was barely half-full that night, and we hadn’t overstayed our welcome. (I had better service during my other visits.)

Less Continental is Craine’s Caesar salad, which comes closer to being, say, a breakfast dish than it does to being a Caesar salad. Sure, you can see romaine and taste white anchovy, but you’re also confronted with fried bacon bits, an over-easy egg — perhaps an ironic protest to the fact that no one uses raw egg yolks in the dressing anymore? — and a discordant tomato. I preferred the chevre salad, which was first-rate when I tried it: two pucks of warm, creamy goat cheese with berries, spinach, arugula and candied nuts. The beet salad, on the other hand, was too light on the beets but good for fans of fragrant roquefort and fresh pears.

With those salads or with any of Craine’s saucier dishes, a good, chewy baguette is called for. You want it to sop up the cherry-port reduction on the pork chop or to wipe out the bowl when you’re finishing that sleekly delicious bourguignon. And I would have loved a slice with the decadently buttery trout amandine, but the server never brought any. On another of my visits, I’d been served a basket of Farm to Market baguette, but the butter with it (whipped with herbes de Provence) was a suspiciously parsimonious portion. These aren’t small details for a restaurant of Charisse’s ambition.

Craine says pasta doesn’t sell especially well here, so his current menu has just a couple of choices, both of which are very good (and blessedly generous with the garlic): a robustly seasoned clam linguine and a strozzapreti — the tubelike noodle called the “priest strangler” because, legend has it, a greedy priest suffocated when he wolfed down a portion — with briny grilled Gulf shrimp in a brawny sauce of tomato and poached garlic. Craine says one of them is likely to go away for a while.

There are nearly twice as many starters on this menu as there are entrées, owing to the neighborhood’s dependence on the happy-hour crowd. To go with a cocktail or a glass of wine at the 10-seat communal table (where I saw, one afternoon, a man wearing a gold-sequined dinner jacket, looking casually elegant), there are meat boards, cheese boards and three different preparations of steamed mussels.

There’s also a dessert board, a plank of wood boasting a mini crème brûlée, pumpkin bread, ice cream (from Poppy’s in Lee’s Summit), and nuts and berries. It sounds wonderful, but on the night I ordered it, it came with only the pumpkin bread, sliced nearly as thin as a round of bologna. The ice cream-filled profiteroles, however, were delicious, and the velvety chocolate pot de crème was the best such dish I’ve had in recent years.

The challenge here is getting people to stay for dinner. “It can be disheartening to see the mass exodus from this neighborhood at 4:30 p.m. every weekday,” Craine says. “And I understand that even if some of these people live less than 15 or 20 minutes away, they don’t want to drive back downtown to eat dinner in a restaurant.”

I’d make the trip for the steak frites alone, but Craine is philosophical about the likelihood of boom times every night. “If we do the best job, our customers will find us no matter where we are,” he says.