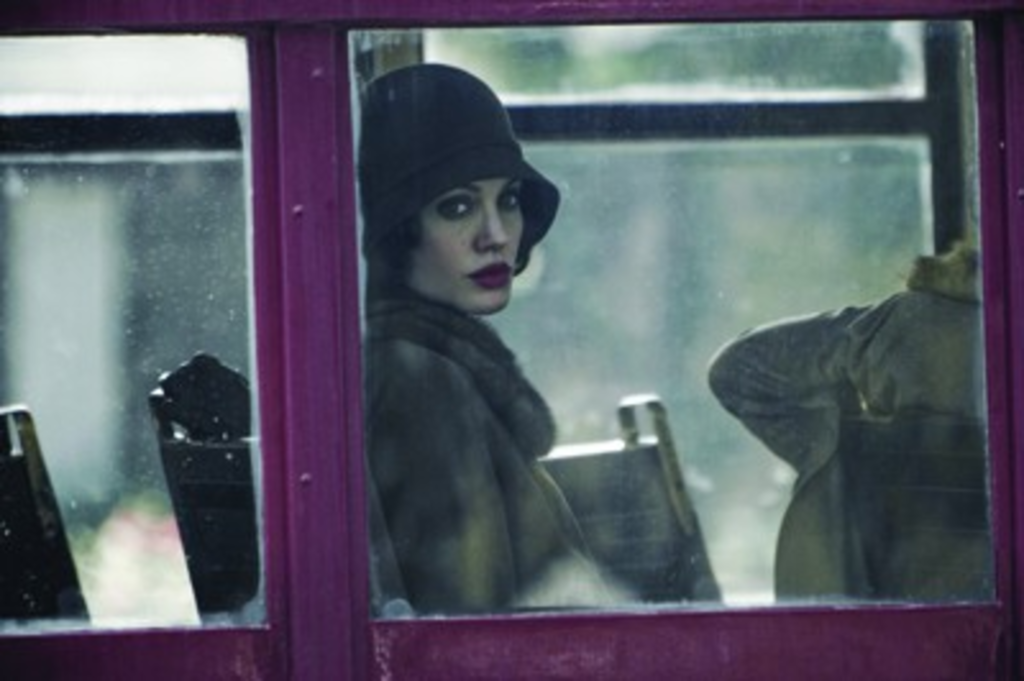 On a double bill with L.A. Confidential or Chinatown or almost any post-1970 film made about institutional corruption in Los Angeles, Clint Eastwood’s Changeling (a period drama based on a 1928 Los Angeles missing-child case) would come off as faintly geezerish noir lite. As LAPD scandals went, the case of Christine Collins was a ripe one. In 1928, Collins, a Los Angeles telephone operator and single mother, came home from work to find that her 9-year-old son, Walter, had vanished. After reporting his disappearance, Collins quickly found herself first a pawn and then a target of one of the most corrupt metropolitan police administrations in the city’s history, which in hindsight is saying a good deal.

As written by former journalist J. Michael Straczynski, who rescued the story from City Hall papers headed for the junk heap, Changeling mines events so bizarre, they all but sit up and beg to be stuffed into a horror picture. After a tepid search, a police department sorely in need of good press publicly returned a boy who was not Collins’ son. When she protested, they first impugned her mothering, then shoved her into a mental hospital, from which she was delivered by crowds of angry demonstrators led by a crusading Presbyterian pastor.

Changeling has its dutifully lurid Ken Russell moments and the usual parade of rotten cops and pols, warmhearted tarts and little people standing up for their rights. But under Clint Eastwood’s stately direction, it’s mostly a meticulously realistic period piece, interrupted by flashbacks that establish the parallel stories building toward an oldfangled face-off between good and evil.

When it screened at Cannes, the movie brought faint dissenting murmurs from loyal members of the Cult of Clint, who called it a leaden one-off in an otherwise stainless oeuvre. To this Eastwood skeptic, the movie is all of a piece with his recent work in Million Dollar Baby and Mystic River. Biblically classical, tastefully vintage with aerial shots of wet umbrellas and homburg hats, and not a little staid considering its sensational source material, Changeling isn’t so much dull as it is an open book.

Certainly this determinedly mature film won’t be a hot ticket with the YouTube crowd, even with the glam luster of Angelina Jolie, miscast but pretty good as Collins. It’s hard to imagine a pair of lips (almost frighteningly bee-stung here in dark-red lipstick) less suited to blending into a crowd than Jolie’s, even when framed by a demure bob crammed into a respectable cloche hat. Still, the steely implacability she brings to her action pictures comes in handy: Though her character is bathed in an aura of idealized motherhood, Jolie liberates her with a wonderfully contained simmer. Her irritation at being forced to take a strange child into her home hovers beautifully between touching and laugh-out-loud, and blooms into quiet rage as the city mouse turns tigress in the fight to rescue not just her lost cub but also other women similarly deprived of their civil rights.

Here and there, a sly supporting turn adds a touch of vitality. John Malkovich lends a veneer of creepy austerity to the stiff-backed pastor who turns the shy Collins into a cause célèbre to support his radio vendetta against the police and their stoolies, a bunch of caricatured bureaucrats puffing and heaving and narrowing their eyes. As the hooker who sets Collins straight about the civil rights violations that landed them both in the loony bin, Amy Ryan does her valiant best to avoid winking when she says, “I work nights.” And Jason Butler Harner is wonderfully twitchy as Gordon Northcott, the serial killer who may or may not have murdered Collins’ son and tortures her to the end by refusing to say. It takes two and a half hours to bring the story to a close with two trials in the same courthouse, and it’s worth noting that the finale’s dramatic balance casts Northcott as a lesser evil than the speechifying paper pushers who fail to protect and serve. Which makes Changeling less a courtroom drama than a Western, whose heroes say little and do much for honor and social justice, while the villains do nothing and never shut up.