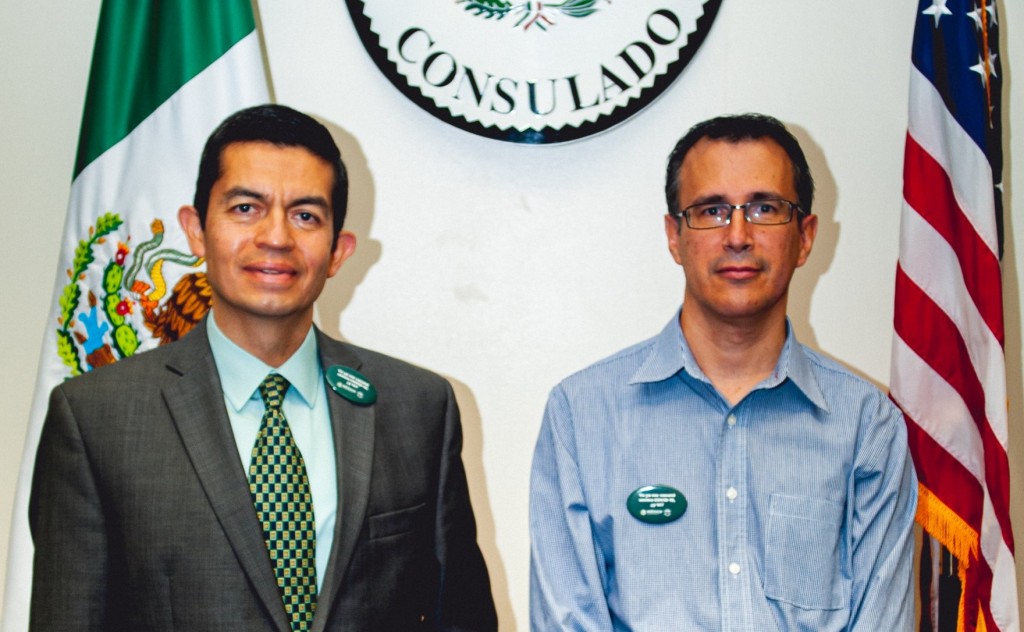 Over the past several years, tension has been growing between the U.S. and Mexico as it pertains to Mexican nationals and Citizens who live in the United States.

The Trump Administration questioned if an executive order could be signed to nullify the 14th amendment to the U.S. Constitution. Section 1, which states that “All persons born or naturalized in the United States and subject to the jurisdiction thereof, are citizens of the United States and of the State wherein they reside” was the underlining reason for nullification.

The amendment, which was adopted July 9, 1868, goes on to say that no state shall deprive any person of life, liberty, or property, without due process of law, that those citizens have the right to vote at any election for the choice of electors for President and Vice President of the United States, Representatives in Congress, Executive and Judicial officers of a State, and members of the Legislature. Nullifying it would leave a large portion of the nearly 11 million Mexican-Americans living in the US in turmoil, especially those who are first-generation.

Ultimately, what the nullification of the 14th amendment would have done is make those individuals stateless, meaning that a person is not recognized as a citizen of any country. At the time, the Mexican Constitution read almost the same as the U.S.; that any person born in Mexico or its territories were thus Mexican Citizens. 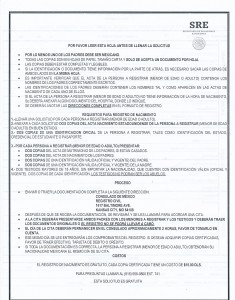 However, the Mexican Constitution did nothing for those people who were born outside of Mexico or its territories. That is until September of 2018, when Senator Olga Sanchez Cordero (who is from the ruling National Regeneration Movement party, or MORENA) presented a bill to amend section 30, section A, fraction II of the Constitution.

Once approved, the proposition will change the wording that required parents to be born in Mexico in order to pass on Mexican citizenship to children born abroad. This means that Mexican nationality would no longer be given jus soli (by being born in Mexico’s land or territory) but by jus sanguinis, or by right of blood.

“This amendment actually defines who is Mexican by birth,” says Alfonso Navarro-Bernachi, Head Consul of Mexico in Kansas City. “It extends the definition to those born abroad to Mexican parents and effectively eliminates the previous restriction in the Constitution under which only those persons born in Mexican soil were able to pass or transmit the Mexican nationality by birth to their children.”

This amendment, which went into effect May 18, 2021, is seen as a Human Rights bill, allowing those people who are of Mexican descent but born in the U.S. the ability to officially be a Mexican national without being born in Mexico.

“There’s a large Mexican or Mexican-American community here, or people who identify as Mexican, and there are community leaders, Mexican organizations that are trying to advance this and these organizations are working with Mexican legislators and Mexican authorities to advance this bill. It has to do with strengthening Human Rights with Mexico,” Navarro-Bernachi says. “The first Article of the Mexican Constitution establishes that Human Rights are the general right for the population and one of those rights is the right to nationality. We think that [this amendment] will help protect and strengthen the right to identity to any Mexican living abroad.” 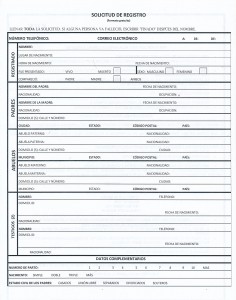 It should be noted that this amendment has nothing to do with the Deferred Action of Childhood Arrivals, or DACA, since the people who fall under that protection are already Mexican nationals who were brought over as children. The amendment applies to those who are first-generation American born to parents who were born in Mexico, with no restrictions. As long as the proper documentation is presented when applying, anyone from adults to newborn babies can apply.

There is a limit to who can apply.

“We cannot skip a generation. If your great grandparents came over from Chihuahua, and then your grandparents would have to apply. But if they are already dead, then your father or your mother cannot apply,” says Sergio Garcia Hoffer, Consul of Documentations. “Your father should be able to present a Mexican birth certificate of your grandparents, one or two or both. So since does not have it, nor can you.”

The process is simple to apply for Mexican nationality. First, there is an application that has to be filled out. It is one-sided and asks for your family information to show that shows your lineage back to Mexico. Then there are necessary documents (copies of at least one of the parents’ birth certificates and a copy of your own US birth certificate and a valid ID) showing that the information is correct. Next is information from the spelling of the names (family and given, especially since sometimes the translation the spelling is off on the English translation) and make sure that they are not missing any information on the application, then they set the appointment.

“We need to establish the family tie for the person who is interested in getting the Mexican nationality and their parents, mother or father,” says Navarro-Bernachi.

So what does this mean for the Mexican-American population living in the Kansas City Metro area? First of all, dual citizenship. After your application has been accepted and approved, you will be granted dual citizenship for both the U.S. and Mexico.

It means that you will be considered a Mexican national while living abroad, no matter where you may be. You will still be able to hold on to your U.S. citizenship/nationality if you decide to move outside of the U.S. or Mexico. It would allow you to vote in national elections with proper ID and proof of address in 2024, which is the next presidential election. However, since the birth certificate that would be issued to you from the Mexican Consul declaring your Mexican nationality will state that your birthplace is in Kansas City, you would also need to bring a copy of your parents birth certificates to show which state you would be registering for and voting in the local elections (Congress and state-level politics).

You can travel to places under the Mexican nationality instead of a U.S., which helps when traveling back and forth between the U.S. and Mexico. With no visa being needed to go between the two countries, U.S. nationals only have 180 days to stay in Mexico before they have to come back. As one holding a Mexican passport—which you will receive once your application is approved and on the same day you receive your new birth certificate—you can stay indefinitely, even bypassing the international travel taxes that airlines put on travel between the U.S. and Mexico, as long as you travel under your Mexican passport.

You can also assert Mexican nationality to your children, as long as that bloodline continues, regardless of where you live. Even though the children are entitled to Mexican nationality, each one will have to apply for the birth certificate, going through the same process as the parent, before they are granted nationality. It is the fact that the parent has already been declared a Mexican national that enables this process to continue.