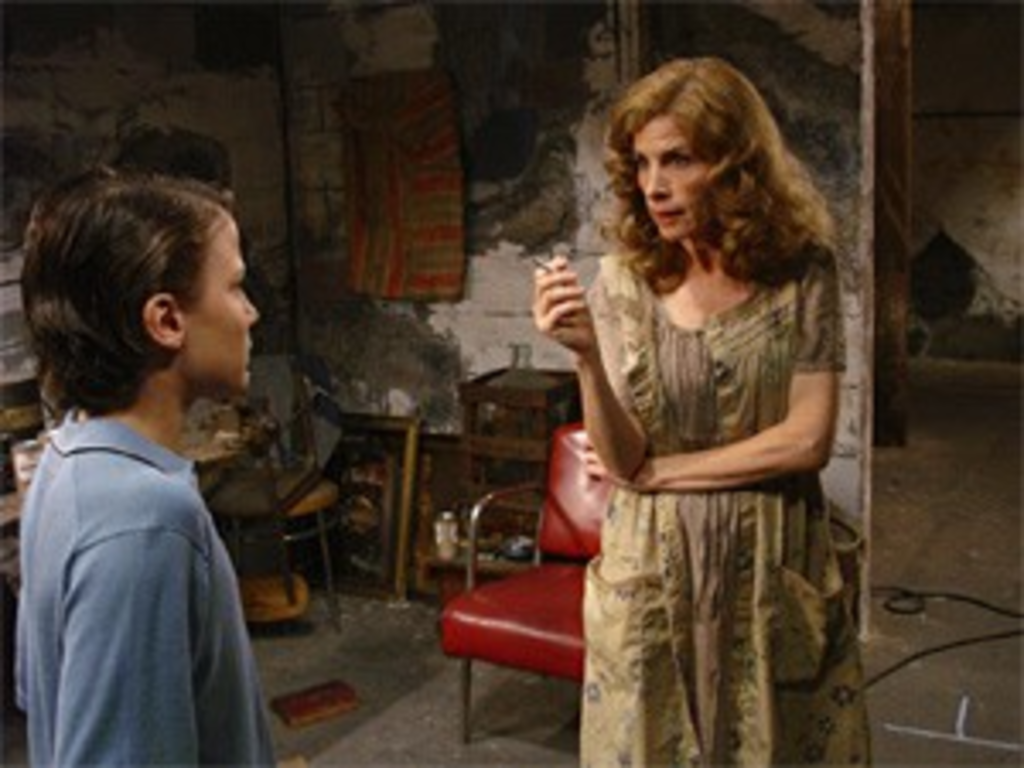 The Girl Next Door (Anchor Bay)

If the horror of Saw was a poblano pepper, this here is the habañero. Derived from Jack Ketchum’s infamous novel, sometimes word-for-word, The Girl Next Door — based on a true story — is a sort of Hostel meets Stand By Me: A group of children gather at the house of proto-“cool mom” Ruth Chandler (Blanche Baker, in a fearlessly creepy performance) in 1950s small-town America, and they all forgo watching My Three Sons in favor of tying up one of their own in the basement and torturing her brutally for days. The film suffers from being made on the cheap — you’ll never really feel like it’s the ’50s — and the long-delayed theatrical version, An American Crime, may turn out better. But this is still the darkest thing you’ve seen in a long time.

This 24-film, 21-disc box with hardcover book (suggested retail: 300 clams) dedicated to one of Hollywood’s most acclaimed, most overrated directors is also the most ridiculous example of overkill this season — not that that’s a bad thing. No one but John Ford fetishist-insomniacs will want to watch everything from cornpone crap like Tobacco Road to two (count ’em) versions of the silent Transcontinental Railroad drama The Iron Horse. It’s big just for big’s sake. But there’s also plenty of good stuff, including all three Ford collaborations with Will Rogers and a new documentary that refreshingly assumes the viewer has already taken Ford 101. Note that while biggies like The Grapes of Wrath and How Green Was My Valley are included, the John Wayne/John Ford pairings that keep Ford’s name in the history books must be found elsewhere.

Essential, if only for the inclusion of the infamous Mardi Gras special not seen in three decades — dopers on-camera, drunks off-camera, and somewhere in between, Eric Idle, Buck Henry, the Fonz, and host Randy Newman, all trying to keep it together and sort of succeeding. Also spread among the eight discs: Andy Kaufman’s put-on screen test; immortal musical guests (Brian Wilson, the Band, Chuck Berry, the Kinks, Frank Zappa, George Harrison with Paul Simon) rather than disposable chart-toppers; scrappy Bill Murray filling Chevy Chase’s shoes, then kicking him in the ass with them; and Steve Martin guesting twice, each time a classic. In short, this is where the show stopped being a cultural phenomenon and started its ascension as a franchise — where it found its voice, then started shouting.

When this HBO crime drama’s fourth round aired last year, many critics took the bold stance that it was TV’s single best season ever. And, well, yeah — it is. The Wire has evolved from a simple (and simply great) cops ‘n’ crooks show to a bold and blood-soaked civics lesson of the damned. Each season has added another level to its tour of Baltimore-as-hell, this one introducing the urban school system, an inferno staffed with dead-eyed bureaucrats and students more likely to stab each other with pencils than write with them. Forget just starting with this season; you’ll need to watch the first three to have any idea what’s going on. But that’s just being told to eat your dessert before you eat more dessert.