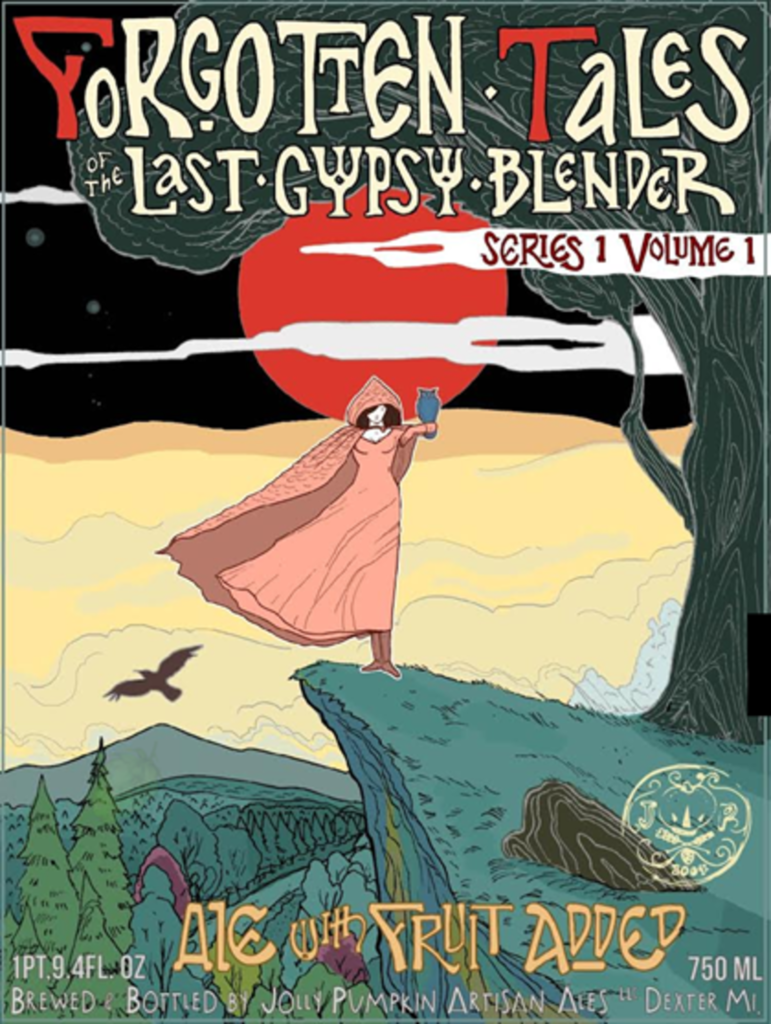 Chef Celina Tio is throwing a release party to celebrate her collaboration with Jolly Pumpkin —  Forgotten Tales of the Last Gypsy Blender, Series 1 Volume 1 — at the Belfry (1532 Grand Blvd.) Wednesday at 5 p.m.

The oak-aged sour saison was brewed with mango and tamarind and some rye.

Jolly Pumpkin founder Ron Jeffries wrote on the label: “Chef Tio and I designed this beer together through a running series of texts while planning a beer dinner we would hold at her place in Kansas City. Wandering conversations detailing layers of flavors flew fast and jumbled through the ethersphere. I think we will become great friends — I wrote. And we did. She came to Dexter and we brewed this beer together. Laurie jokes and now insists Celina and I must be long lost brother and sister.”

Distribution of the beer in 750 ml bottles started last week. Here’s more on the collaboration.

Dinner and a movie night, with Back to the Future and Free State beer, at Library Civic Plaza (700 block of Vermont, Lawrence), 7:30 p.m.