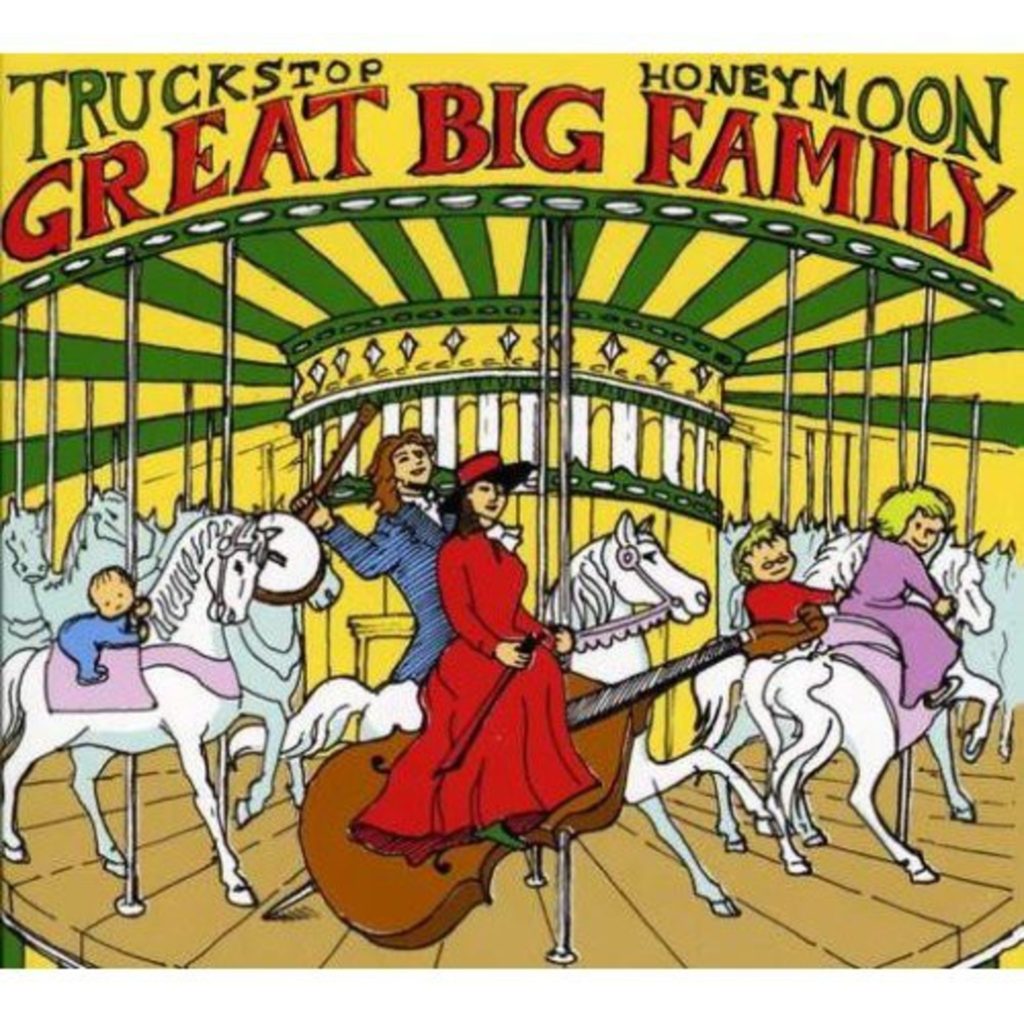 Eclipsing the blue-collar sass that often characterizes Truckstop Honeymoon is a melancholy sense of settling in Great Big Family, the latest album from the Lawrence, Kansas (via New Orleans), duo of Katie Euliss and Mike West. Weighing heavily on Truckstop’s fifth release are themes of rekindling the fire of tragedy (We talked about what we lost and weren’t into shame/How everything were different but we still felt the same/We sounded like a couple of heartbroken men/Wonderin’ if we’d ever find love again – “The River & The Lake”) and of ditching images associated with the past (I’m burying the mink coat that Johnny Guitar wore and the snakeskin boots I stole from the thrift store – “The Girl I Used to Be.”). There is still some washboard and trombone action to be had on Great Big Family, but for the most part, the group’s trademark toe-tappin’ odes to newfound love and on-the-road adventures have been replaced with earnest ruminations on aging, the sounds of putting down roots, and simple longing for the past. — Berry Anderson