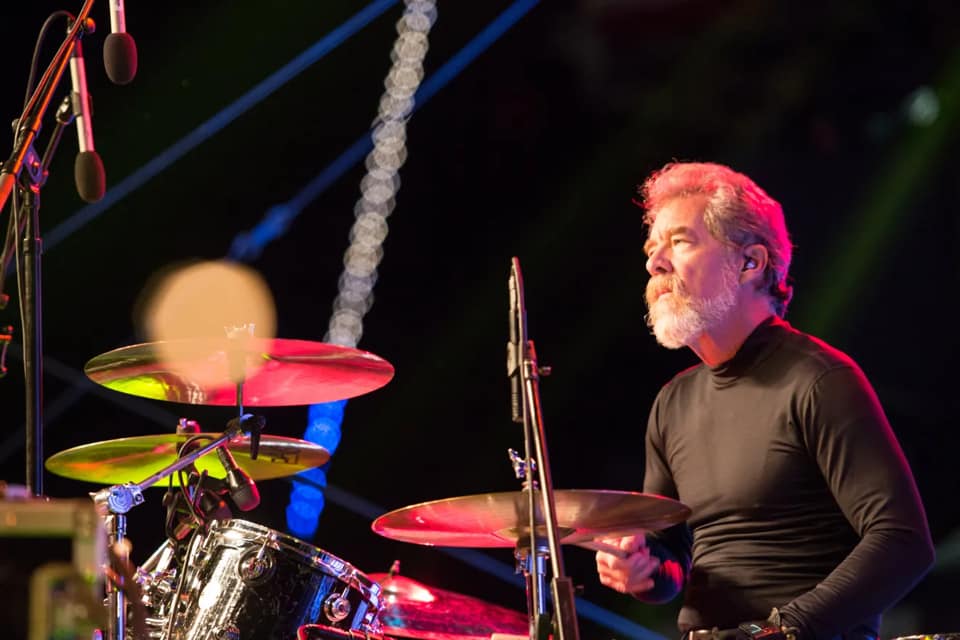 When I speak with Doug Clifford, drummer for the legendary rock band Creedence Clearwater Revival, he’s had what he calls “a little nerve-wracking night around here.” Clifford lives at 6000 feet in the mountains near Tahoe, and he’d spent the night before surrounded by major wildfires watching helicopters fly overhead and 50 firefighters in the area of his home. As he says, “Wherever you choose to live, there’s something that Mother Nature has in store for you just to keep you on your toes.”

Quickly switching tack, he adds: “That’s the latest news from here. What do you want to talk about?”

We switch to the news from 1986 and the release of All the Money in the World, an album he recorded with bassist Steve Wright and a murder’s row of talent which has spent the past three and a half decades in his vault. I begin by asking how all of these folks came together to make an album that is decidedly different from CCR in its ’80s aesthetic.

“You go back, half of these guys weren’t weren’t weren’t famous yet, so that made it pretty easy,” Clifford says. “Steve Wright was a bass player in the Greg Kihn Band and a co-writer on ‘Jeopardy’ and some other hits that they had. He was also from my hometown, El Sorito, where Creedence was founded.”

One day, Wright wandered over to Clifford’s house, introduced himself, and the pair chatted. 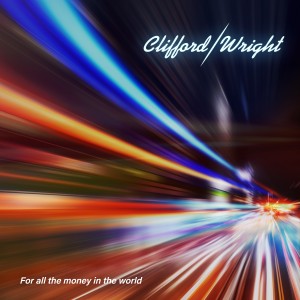 “One thing led to another and we said, ‘Let’s see if we can write some music,’” explains Clifford. He and Wright started writing songs and they turned out pretty good, he says, so they wanted to record them. They took what were about six songs at the time, and headed into the studio for Clifford to produce the session.

“The first time we went into the studio, Joe Satriani was at that time in the Greg Kihn Band, as well,” says the drummer. “We were looking for a regular guitar player to play with us and kill two birds with one stone–do a session and then see if he wanted to join forces with us. So anyway, he’s on four songs and we like really liked what he had, so we asked, ‘What do you think? Like to join?’ He said something to the effect of, ‘No, I’m going to do something heavy metal and instrumental.’ We rolled our eyes at that: ‘Good luck with that!’ Last laughs are usually the best laughs, so he had one on us, for sure.”

That meant that Greg Douglas—who’d played with the Steve Miller Band, Eddie Money, and the Greg Kihn Band, as well—ended up being the guitar player. But by the time he got in, the Clifford/Wright project was coming to an end. Jimmy Lyon played guitar on three or four songs, and he also engineered the session. As Clifford explains, while there was a massive amount of talent, it was spread across many different sessions

“There wasn’t just one session where I had the lineup that we ended up with on record,” he says. “Those three guitar players for one session would have been pretty, pretty hectic–a lot of guys twiddling their thumbs waiting for their time to go in.”

As Clifford says, All the Money in the World was “a songwriters’ project, pretty much. Steve and I co-wrote all the music. I wanted to get all the songs that we were doing down, at least for demos to have somebody else do or–if we could find that guitar player–we would do it.”

Given that many of the players on Clifford and Wright’s sessions were part of the Greg Kihn Band and had also played with Eddie Money, folks familiar with the session’s musicians might not be surprised to hear the upbeat, poppy ’80s rock on the record, but those expecting Clifford’s more roots-influenced sounds might be somewhat shocked. I ask Clifford if the sessions turned out the way they did because of the musicians involved, or if this was what he was listening to at the time.

“Yes and yes,” says Clifford with a chuckle. “Steve had a unique style and was a terrific bass player, as well, who was more kind of pop-rock, as opposed to Creedence. Creedence is the band that I grew up with. We started when we were 13 and it took us 10 years until we had our first hit. You know what kind of music Creedence plays: it’s rock and roll, and we got to be pretty good at it.”

Clifford says that he likes a lot of different styles of music and it was fun to try something new. In fact, he says, he probably would have been pretty bored trying to recreate what he’d done before, just continuing along that line and in that style of music done so well by CCR.

“For me, trying a different groove’s my job,” he explains. “I picked guys that I get along with and who have talent and the thing that’s great about ringing somebody else in, is they have something that I don’t have and I have something that they don’t have. That’s the whole point of it, you know? To expand the horizons.”

While he plays by himself, Clifford says that he loves collaborating. It’s not quite as much fun as writing with somebody else: “Especially when you’ve got an idea and you take it home and work on it for a couple of days, call them up on the phone and say, ‘I finished it and I’m going to sing the song as it is right now.’ It’s a fun process and I’m really pleased with the songs that we ended up with.”

Of the 11 songs on All the Money in the World, Clifford says he’s pleased with them all and really proud to have worked with the lineup of talent on the record, because “with good, talented people– people that are easy to get along with and also enthusiastic and give 110% and I give 110% back–that makes it makes it enjoyable when you go walk into a room with nothing, and you end up coming out with a completed song.”

Due to the fact that Clifford and Wright couldn’t get the band together, that made All the Money in the World an odd duck. While they had a record of professional-quality recordings to take to a label, they didn’t have a band with which to perform the songs live, as well as the fact that Wright didn’t want to play out. When that was taken off the table, that kind of squelched the whole process of trying to get a deal with a label, says the drummer.

“Once that happened, I put it in the vault,” Clifford says, where it remained alongside a solo singer-songwriter project and several sessions with Derek and the Dominos’ Bobby Whitlock, among other work, all of which will be seeing release sometime in the future.

The album’s “Real Love” sounds like it could have been a hit, as it’s catchy as all get-out, while “You’re Going To Love Again” feels like a song that could have soundtracked an ’80s movie montage, but wonder why is Clifford releasing it now. Is it just because it’s the 35th anniversary of when it was recorded?

“It’s just time,” Clifford says. “I’ve just retired from touring. I’ve got Parkinson’s and I can’t do the traveling anymore. It’s just too hard on me. I don’t want to be on stage and playing along and, all of a sudden, not be able to play because of the affliction. It’s a real change of direction for me. Now I’m going to be a record company president and a publisher. I’ve got all these things in place and it’s a great opportunity to get new songs finally out in the public.”

Clifford/Wright’s All the Money in the World is out today.