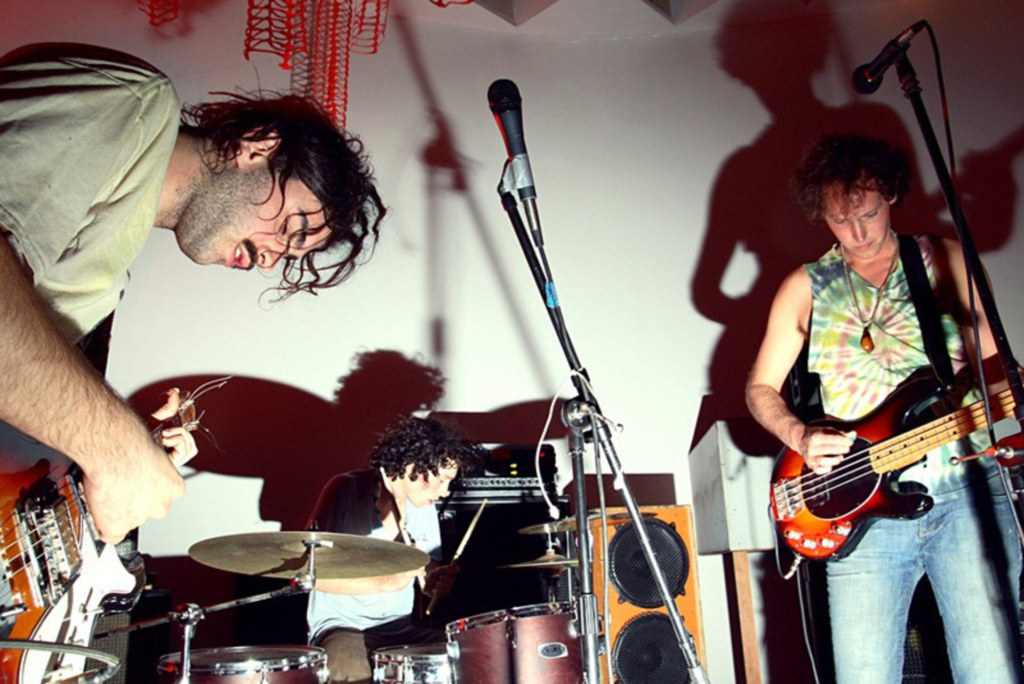 There’s an air of mystery about Cave. The Chicago band keeps a low profile, and not much is known about its members other than that a few of them used to be in Warhammer 48K, the now-defunct Chicago-via-Columbia, Missouri, sludge-rock act. The rest you can infer from its music. And what I infer is that these guys do a shitload of drugs. Their mostly instrumental songs span several genres — Krautrock, metal, drone, even some jam band — but the common denominator is a hypnotic, unsettling feeling, like that moment when you realize you’re about to either embrace the high or freak out. It’s pretty weird music, and it’s not for everyone, but that’s sort of the point.