Caught up in nostalgia 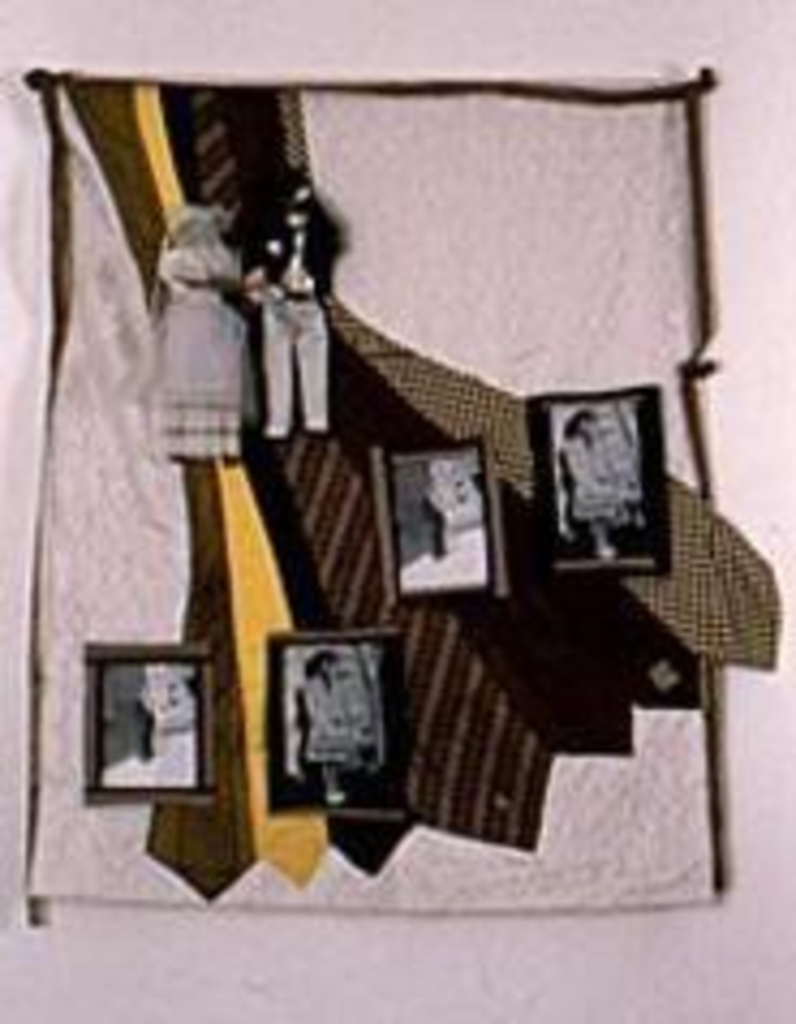 Beautiful letterpress posters sparsely scattered around Lawrence advertised Design Farm, a University of Kansas Center for Design Research project purported to be rebelling against the current trend in “vanilla” consumer-based design in America. A manifesto also was posted; the “for the people” tone, with its idealistic leanings, was a much-needed approach to this society’s rampant, ill-acknowledged consumerist greed. Design Farm hosted an open house of sorts for one night only on May 8. God bless ’em for having their hearts in the right place, but some critical oversights diminished the message.

Lesson 1: Do not post a turgid “manifesto” around town if nothing backs it up. The mission statement alluded to the existence of a collective of designers working together to revolutionize consumer products and marketing. Rather, the works on view were concerned with reacting against the diminishing quality of products and Americans’ tendency to choose style and fad over substance and quality. Some of the explorations on this theme were poignant: Peggy Khoury’s photographs of turn-of-the-20th-century families contrasted with a photo of themselves holding Burger King cups or cell phones and lacking faces — a relevant message about the erosion of identity when it is rooted in the products with which we surround ourselves.

Lesson 2: Do not complain about the quality of American craft when your own craft is poor. The message of Stephanie Hawkins’ installation — the idealized American dinner table with classic chair designs surrounding it contrasted against a La-Z-Boy recliner and a Hungry Man frozen dinner — was obvious: Americans are fat and lazy. A booklet accompanied the installation, critiquing our current culture and yearning for the good old days: “We need to get back to a quality lifestyle that does not revolve around fast food and throwaway design.” Yet the booklet pages were chopped and crooked, some pages were haphazardly inserted upside-down, and the staples holding it all together were bent and skewed. Surely this is not the future of timeless design and quality craft.

Lesson 3: Wallowing in nostalgia will get us nowhere. Nostalgia is a slippery snake, especially when we are glorifying a time many of us are too young to have lived through. The Design Farm artists failed to acknowledge that we live in a world much different from the one that existed 50 years ago. Whereas the quality of production has certainly diminished in the consumer realm, we also have changed our culture to a point where simply “turning back” is impossible and may even be repressive to those segments of the population that have gained significant freedoms in the past few decades. Critiquing is necessary and preaching is fun, but Design Farm fell flat in its inability to introduce some new-world solutions.

Nostalgia II: then and now
The family memories that photographer and archivist Deborah Willis shares initially strike as near-universals in the American-dream landscape: a 1950s childhood image of a television and a Christmas tree; Willis’ father looking proud following his win during a card game; a bride leaning on the shoulder of a strong husband. Yet, in the multimedia images of Willis’ Tied to Memory exhibit at the Kemper Museum of Contemporary Art, a subtle critical interpretation is woven within.

In “Wedding Stories,” cloth dolls representing her parents at their wedding depict a “traditional” couple, the woman using the husband for support. Willis surrounds the dolls with individual photographic images of her parents; in each, her mother is tall, strong, and the center of the picture. Her father, in turn, is small, a slight object in the image’s scene. Willis’ admiration of her mother’s strength, despite the older woman’s feminine roles, comes forth.

“Mourning Ties: Childhood Friends” is a touching tribute to Willis’ father’s life before and after fatherhood. Her father saved every tie he received through the years, and Willis uses ties to symbolize the man. “Mourning Ties” features photos of her father and a childhood friend named Crocker who visited in 1989. The images evoke a man who held his own humble history and relationships in high esteem, and the work’s sensitivity is heightened when we learn that Crocker and Willis’ father both passed away within a year of their 1989 visit.

Willis also explores issues regarding race and history outside her family. “Hottentot/Bustle” critiques past European exploitation of nonwhites in contrast to fashions of the time. She also sets out to redefine the image of the African-American woman and her body. Strong intentions these may be, but her heart and soul is more relevant in the nostalgic, intimate portrayals of her family.

at the Kemper Museum of Contemporary Art