Cathy Stepp, this region’s unlikely No. 2 administrator at the EPA, dislikes regulations — and transparency 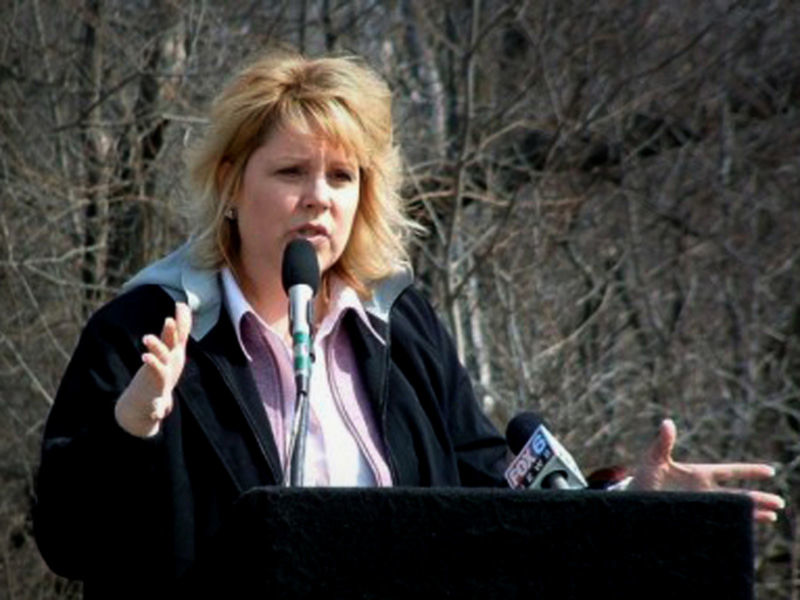 Donald Trump’s surprise factory pumped out a local mystery in August when the White House appointed Cathy Stepp to a top position at the Environmental Protection Agency’s Region 7 headquarters in Lenexa. Stepp is well known in Wisconsin, where she has taken sharp stances against environmental regulation. But what’s she doing here?

Over the summer, the Trump administration said Stepp’s title would be acting director, and that she would help carry out the EPA’s agenda in Missouri, Kansas, Nebraska and Iowa. And when the White House appointed a top regional administrator, Stepp would become that person’s second-in-command. This came to pass in early October, when the White House appointed Jim Gulliford, a former EPA chief during President George W. Bush’s term. Gulliford has spent more than three decades working in the environmental field. Stepp has no similar qualifications on her résumé, and it’s unclear why she has been summoned to the agency as a political appointee to a job that did not previously exist — at a time when Scott Pruitt, Trump’s EPA secretary, is asking for an unprecedented 31 percent reduction of his annual budget.

Stepp has so far refused interview requests. Her supervisors in Washington, D.C., have also kept mum. In the most specific statement shared to this point, EPA spokeswoman Liz Bowman says: “Cathy Stepp brings a wealth of knowledge to EPA, and will serve an important role leading EPA’s Region 7 efforts to protect human health and the environment.” EPA officials have insisted that any request for information about Stepp must be submitted through the Freedom of Information Act, a process that sometimes takes years to get a response.

In fact, EPA officials have refused to disclose such basic information as Stepp’s salary and her job description — facts that are matters of public record and are typically posted on government websites. Google does not reveal much, either. Stepp, 54, graduated from a Milwaukee suburban high school in 1981. She and her husband owned a small home-construction business. In more recent years, they rented and sold used trucks and other equipment. They had an apartment in Elkhart, Wisconsin, and a few years ago bought acreage near Branson, Missouri, and built a home. Stepp enjoys hunting, and has been photographed with the occasional slain deer. 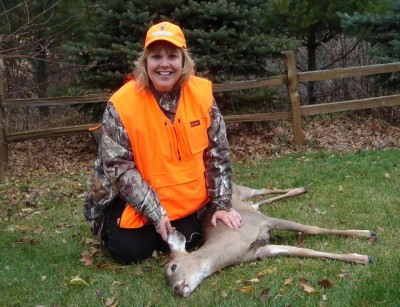 In 2002, Stepp was elected to the Wisconsin legislature, but dropped out after one term, saying she was a traditionalist and wanted to be home to spend more time with her two children and her husband. She didn’t leave politics behind altogether, though; in Wisconsin, she became a vocal critic of what she regarded as unnecessary environmental regulations imposed on construction companies (such as the business she and her husband ran). In 2011, Wisconsin Gov. Scott Walker appointed Stepp to head the state’s Department of Natural Resources, an agency with 2,500 full-time employees and a $575 million budget. She did not have any experience leading such a large organization; Walker said he’d chosen Stepp because he wanted someone with a “chamber of commerce mentality.” She made headlines by favoring businesses over the enforcement of environmental regulations, despite the risk of public harm. She was unpopular with environmentalists and Democrats, but conservative Republicans liked her. Last year, she campaigned for Trump, appearing onstage with him several times.

Her record in the Badger State is in step with Pruitt’s pro-industry to-do list. While she was head of the Wisconsin DNR, enforcement of environmental regulations dwindled. At least two audits were critical of the agency; one found that, 95 percent of the time from 2005 through 2014, the DNR had failed to issue violation notices to known wastewater polluters. According to news reports, she also greatly restructured the agency, shedding many of the science and environmental professionals. The Milwaukee Journal Sentinel reported that on her watch, the DNR blacklisted citizens who were perceived as having asked too many questions.

“We are very concerned about her role and her record on the environment,” John Hickey, director of the Sierra Club’s Missouri Chapter, tells The Pitch. “We need the EPA to be the sheriff. If the EPA is not going to stand up to polluters, we’ll see them in court.”

Stepp seems unlikely to earn the Sierra Club’s confidence. But what are her priorities?

Absent an official description of her duties or word from the woman herself, her mission is a big blank. Her salary is likely pretty good, though. Her peers in such roles have generally drawn salaries of $150,000 to $200,000 a year — though, unlike Stepp, those persons have held post-graduate degrees and racked up considerable experience in science, policymaking or both.

The EPA hasn’t said whether Stepp works at its Lenexa office, where her staff is. Asked whether she has worked or may work from her home in Branson, or in Elkhorn, Wisconsin (eight hours from Lenexa and outside Region 7’s jurisdiction), the EPA would not say. Other questions the agency would not answer, other than to direct that they be repeated in a Freedom of Information Act filing: What qualifications led the White House to put Stepp in charge of one of the 12 EPA regions? What are her plans for EPA policy and enforcement? What are her thoughts regarding some of the main issues affecting Region 7 (renewable energy, polluting power plants, climate change, fracking and earthquakes, clean water)? 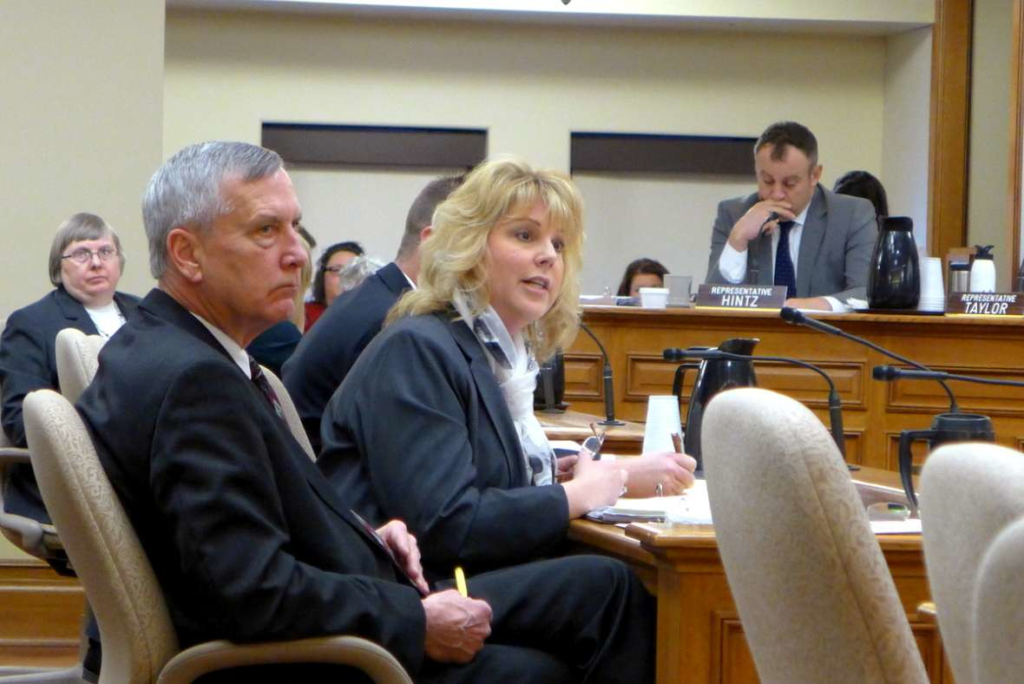 In 2011, soon after Stepp was appointed to be Wisconsin’s DNR director — with a $125,000 salary — she and her husband, Paul Stepp, bought 4 acres of land near Branson. They completed building a 2,000-square-foot, three-bedroom house there in 2014. They seem never to have alerted the Taney County Assessor’s Office about the home, though; since construction ended, they have continued to pay a tax bill of $28 a year for the acreage alone.

Glenda Giles, Taney County’s deputy assessor, expressed surprise when I asked her about the house in September. Since that conversation, the county has appraised the house at $115,220 and set property taxes at $1,117 a year. Giles said the Stepps would receive a corrected tax bill in November but would not be required to pay back taxes because the oversight was determined to have been that of the assessor’s office.

“We do have taxpayers who do come in and say, ‘We are building a house and our house is finished,’ because they want to know how much their taxes are,” Giles told me last month. “In this case, they didn’t notify us.” She expressed some disappointment about this.

Stepp did not respond to questions about her Branson home. 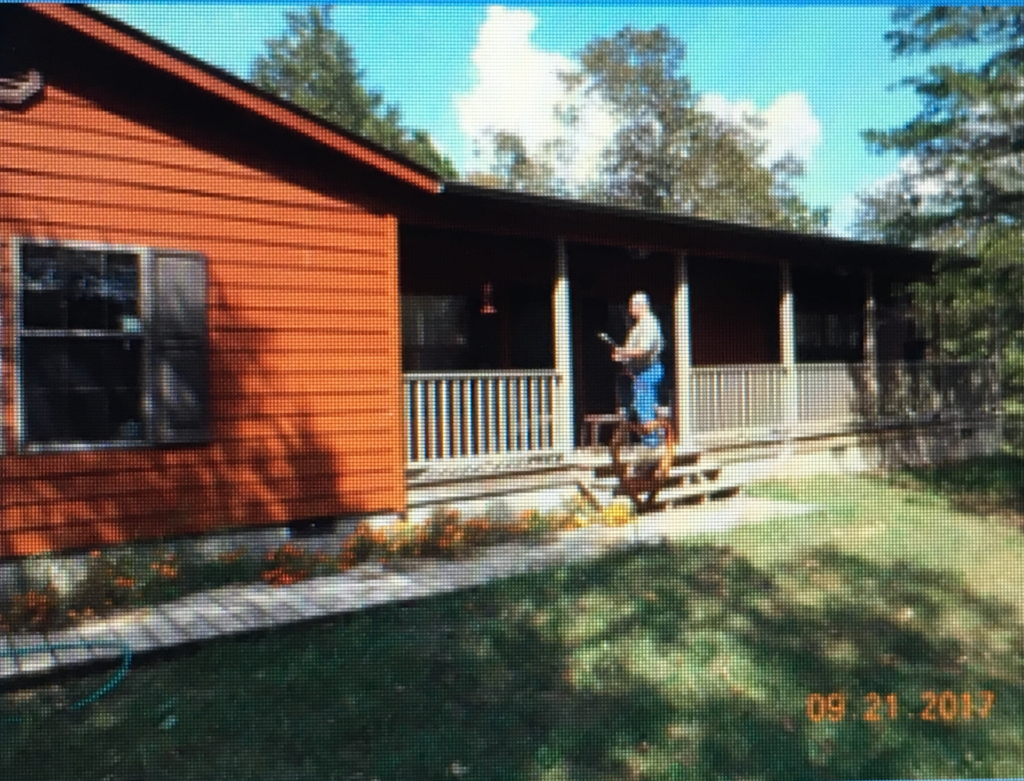 The same year construction on the Branson home was finished, the Stepps still had their apartment in Elkhorn, 62 miles from Cathy Stepp’s DNR job in Madison. (Google Maps indicates that, were Stepp commuting to work from the apartment, her trip would take about three hours a day.) According to election records in Walworth County, where Elkhorn is located, the Stepps registered to vote there on October 23, 2014, and are still registered in that precinct.

Wisconsin Secretary of State records connect Paul Stepp to a company called Magnum Truck & Equipment, with him as principal agent and the Elkhorn apartment as the business’s principal office. News stories about Cathy Stepp have referred to her as having at one time been vice president of the company. The Pitch called two numbers that were listed on websites advertising Magnum Truck & Equipment in Elkhorn and two other Wisconsin cities. Both phone numbers had been disconnected. 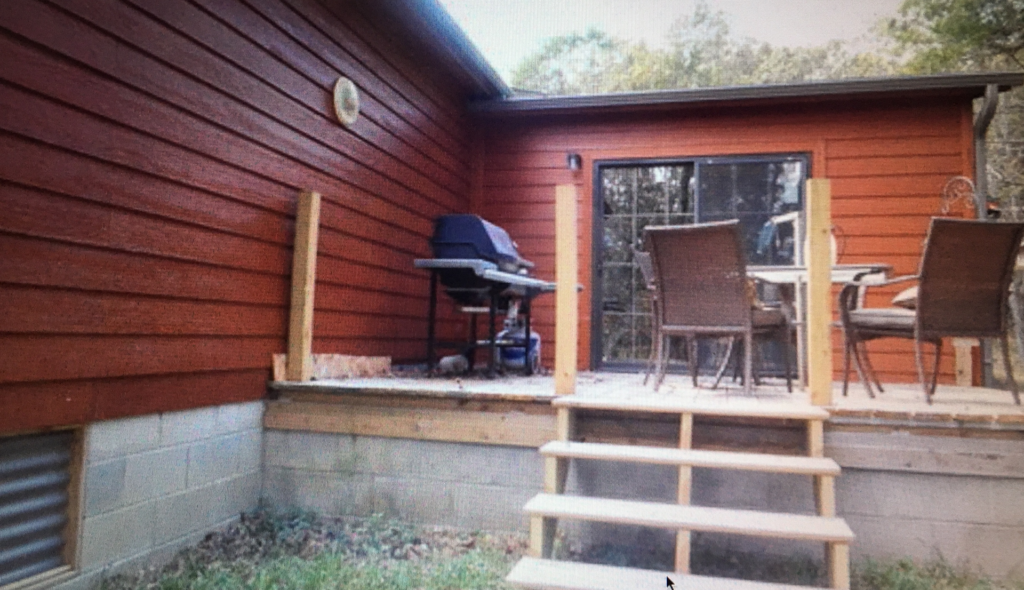 When I called a third phone number found on property records, Paul Stepp answered, saying, “Magnum Truck and Equipment, can I help you?” After he confirmed who he was, I asked him whether he was still living in Wisconsin.

“I’m not going to answer anything at all,” he said. He said, of Cathy Stepp, “I’ll let her know you called.”

One EPA official, who asked not to be identified, told me that Branson is now Cathy Stepp’s primary residence. The official said Stepp’s commute “is her responsibility” before saying that she “will not be taking government-funded planes” to work. The same official said that the EPA is not providing Stepp with a driver and will not pay for hotels or apartments in Lenexa.

Still, the official refused to say whether Stepp would work from her home in Branson or would keep regular office hours in Lenexa. Stepp, Taney County officials confirm, has not registered to vote there and will not be eligible to vote in the November election.

In April, Stepp met with EPA Secretary Scott Pruitt, his chief of staff and the EPA’s White House liaison for one hour, according to Pruitt’s calendar, which The New York Times obtained through a Freedom of Information Act request. No other information regarding the meeting was available. Trump has given jobs to numerous persons who worked on his campaign or otherwise supported his White House run. A recent Politico article listed almost two dozen campaign workers who had been hired at the U.S. Department of Agriculture, where they will work in jobs typically held by farm experts. The campaign workers, Politico reported, had little or no experience in federal policy and lacked credentials for their jobs — including, in some cases, a college degree. Among the USDA hires were a truck driver, a cabana attendant and a landscaper.

Bowman, the EPA spokeswoman, told me that Pruitt was able to appoint Stepp under a little-known rule in the Safe Drinking Water Act. That law permits the agency to appoint “not more than (30) scientific, engineering, professional, legal, and administrative positions … without regard to the civil service laws.”

The EPA has made a number of political appointments using the Safe Drinking Water Act, according to a letter to the U.S. Government Accountability Office, written by Sens. Sheldon Whitehouse, of Rhode Island, and Tom Carper, of Delaware, both Democrats. Richard Davidson, Whitehouse’s spokesman, told me that the GAO was planning to investigate the EPA’s hiring practices, including possible abuses of that hiring exception.

According to the senators’ letter, the appointments may have circumvented Trump’s own ethics rules, which were put in place soon after the president took office to, as he has often put it, “drain the swamp.” Stepp’s appointment is in keeping with several other patronage nods Trump has made on Pruitt’s advice. In an administration noted for having kept hundreds of positions vacant, the president has already appointed to federal jobs several people who are climate-change deniers or opponents of environmental regulations, or who lack scientific qualifications for their jobs, according to a New York Times story.

For instance, Trump recently appointed a former Texas environmental regulator to head the Council on Environmental Quality. That newly minted bureaucrat, Kathleen Hartnett White, has argued that carbon dioxide “is a harmless gas that should not be regulated,” according to the Times. In October, Trump nominated Andrew Wheeler, a coal lobbyist, to be Pruitt’s No. 2 man at the EPA.

The Sierra Club, in a recent press release, said that EPA political appointees who lack basic knowledge about science are “dangerous for America,” leading to a “nightmare scenario for anyone who wants clean air and clean water.”

Pruitt understands exactly how controversial his environmental policy and his political appointments are. Because of threats reportedly made against him, according to The Washington Post, he has requisitioned an 18-person, 24-hour security detail — a first for an EPA administrator. To staff the detail, the EPA has reassigned special agents who typically investigate environmental crimes.

At least those EPA employees know where their boss is.