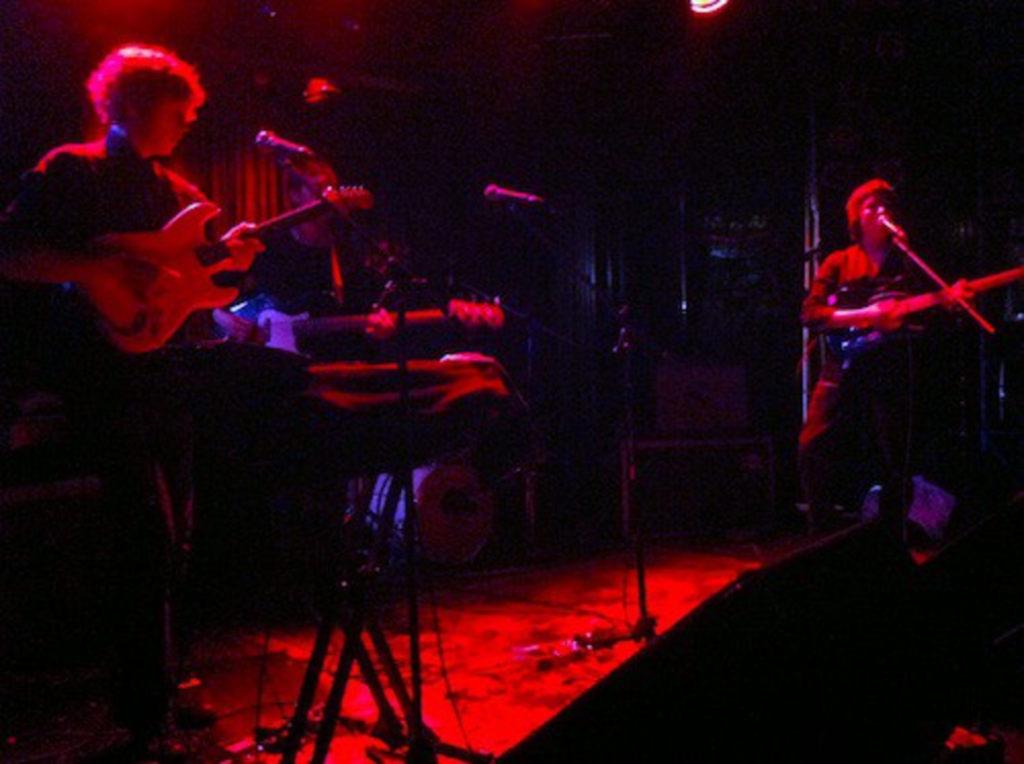 “We look quite feral. Come closer if you wish,” offered Cate Le Bon at the beginning of her set. The Welsh songstress stood outside of herself and sweetly apologized for their appearances from long hours of travel. She set the tone for an extensive set that channeled a lot of the Velvet Underground at her show last night at RecordBar (along with one-time Kansas Citian Kevin Morby).

Cate Le Bon floated to the stage in dark-blue coveralls and a choppy bowl haircut. Her sharp, delicate features took over a stoic yet unassuming look.

“I’m here because I’ve never been here before,” she said. “We’re here to rock.”

With that, Le Bon launched into a set heavy with tracks off her latest release, the superb Mug Museum. Audience members were met by light and virginal percussive sounds, as though we had been transported into a Wes Anderson movie. We might as well have been lying on the floor of an opium den in the Royal Tenenbaum house, preparing to listen to records.

Le Bon is a magnetic presence. Her latest single, “Are You With Me Now?”, draws the listener in – only to coquettishly push away with the doleful lyric: Can’t help you now. The song is at once inviting and mournful.

Le Bon, a Wales native, recently relocated to Los Angeles. She sings both in English and Welsh, though sadly none of her Welsh songs were heard last night. Regardless, Le Bon’s tunes haunt; she keeps her lyrics vague and she warps her immensely pliable voice, lending a partially incomprehensible, spooky quality to her music. 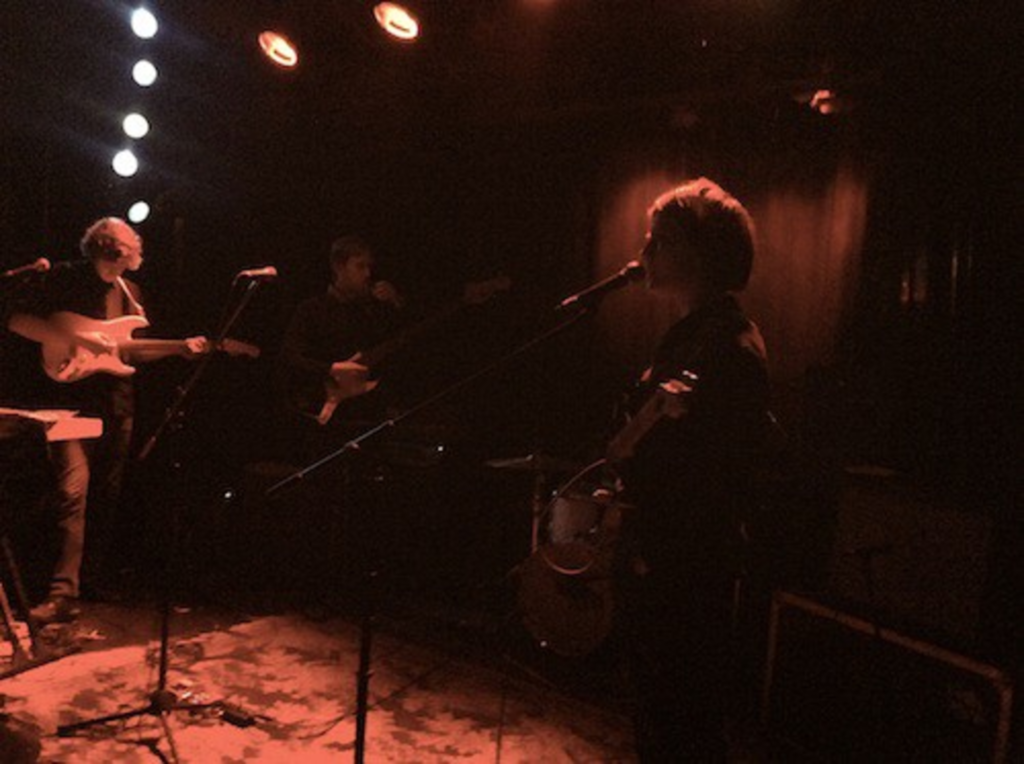 Le Bon’s cool, collected vocals are enough to drop you squarely in 1965. Plenty of comparisons have been made between her and Nico, and they aren’t wrong: Le Bon’s sound is laced with the dark nostalgia of Velvet Underground, with a sliver of Charlotte Gainsbourg.

Le Bon professed her love for her opening band, Kevin Morby (formerly of Woods and the Babies), to whom she dedicated one of her songs as she held her hand over her eyes. She’s featured on Morby’s solo album Harlem River, which was released in November. Morby, a hometown kid turned Brooklynite, recently made the move to Los Angeles, and his solo debut seems to be setting him up for success – not that he wasn’t without it before. There was a solid Monday-night turnout for him that thinned some as Le Bon took over, but that might have been the hour, too.

Morby’s set was fleshed out with three additional band members. “All Because of You” swirled from the quartet of flannel-wearing Bob Dylan carbon copies. The crisp production of Harlem River was brought to life as shaggy heads bounced to the jazzy, tight compositions, cool with precision. The gentlemen held their guitars close, as if they had watched too many Beatles videos just before the show. Still, you couldn’t help but pulse along with smooth keyboards and Morby’s lax, crooning vocals – not unlike the charms of Foxygen and Tame Impala.

In all, Le Bon and Morby brought a jazzy, 1960s kaleidoscope of surfy, garage-rocking jingle jangles that would have made Lou Reed proud. Even when the subject matters turned dark, the shiny decadence of Le Bon billowed and reverberated throughout RecordBar last night. It certainly brought you closer, just as you wished.

No God
Are You With Me Now?
I Can’t Help You
Duke
Eyes So Bright
Mirror Me
Sisters
The Man I Wanted
Falcon Eyed
What Is Worse
Wild
Fold the Cloth