Castle of Shikigami III tests the bounds of Wii loyalty 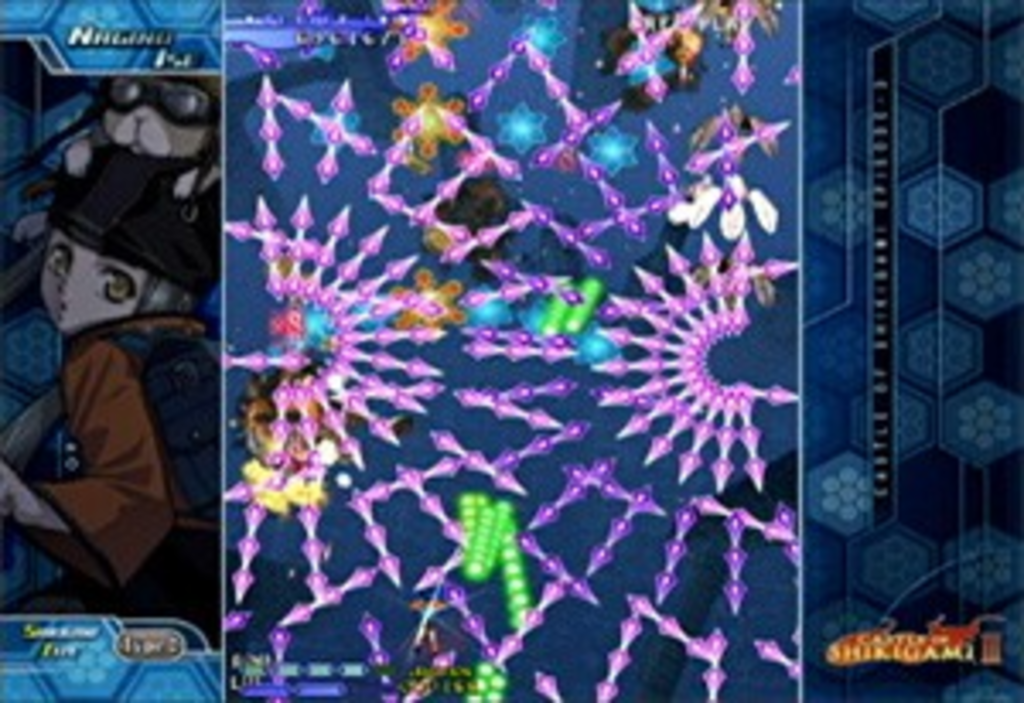 John Edwards might see two Americas, but this simpleminded little game enthusiast is more preoccupied with America’s two Wii owners. One is the Nintendo fan: the cat who bought a GameCube, Nintendo 64, every incarnation of the Game Boy — and anything Nintendo releases with a “Mario” or “Zelda” in the title.

The other Wii owner is the non-gaming fad-chaser: girlfriends, grandparents, and soccer moms who snatched up a Wii because of the novelty and use it to play only Wii Sports, Wii Play, and Wii Fit. Most Wii owners are part of this “Wiijority.”

Alas, Castle of Shikigami III is not made for the Wiijority; unfortunately, it’s really not for Nintendo fans either. The Wii just isn’t the right place for this game; thus it seems destined to vanish from store shelves — and not in the good way.

Which is a shame, actually. Shikigami III is a vertically scrolling shoot-’em-up of the manic variety, a subgenre of shooter in which the playfield is regularly filled with enemies and bullets, and the player’s burden is to navigate the onslaught. It’s the virtual equivalent of flying a hang glider through a Fourth of July fireworks finale, finding millimeter-wide paths in the fog of pyrotechnics to slip through and survive.

As far as this sort of game goes, Shikigami is solid if unremarkable. Luminescent clouds of bullets stand out against muted backgrounds (this is for the best, since it’s the enemy fire you have to concentrate on), but none of the visuals are memorable. There’s an interesting gimmick that dovetails perfectly with the game play, a “High Tension” effect that makes your attacks more powerful when you’re close — very close — to enemies or enemy fire. It creates a simple yet ingenious risk-reward scenario in which barely brushing up against the things that kill you gives you a power boost; naturally, even a microscopic error increases the chance you’ll crash and burn.

Unlike most shooters, you don’t pick up new weapons along the way. Instead, your arsenal is determined by which character you select at the start, much like a martial-arts fighting game. This serves as a sort of sliding scale of difficulty, as some characters are more overtly powerful than others. These characters even have some (mostly forgettable) dialogue, the best of which comes from wapanese ninja Roger Sasuke, an American who enthusiastically speaks an “Engrish” dialect patterned after every poorly translated anime he’s ever seen.

Shikigami also offers two-person simultaneous play, and though it’s disappointing that the “High Tension” concept wasn’t extended to it — imagine if maintaining close proximity to your partner added some tactical benefit — it makes the game’s difficulty a little more manageable. And if it’s still too tough, a free-play mode becomes available, so even mediocre (i.e., non-cracked-out) players can eventually see the end.

But it all comes back to whether this sort of narrow, extreme game has a chance on the Wii. Certainly, there are a few people out there (the old-school folk who use their Wii to download obscure, super-difficult Virtual Console titles) who might want to hunt down Shikigami. But most will find this a strange — and infuriatingly difficult — curiosity.