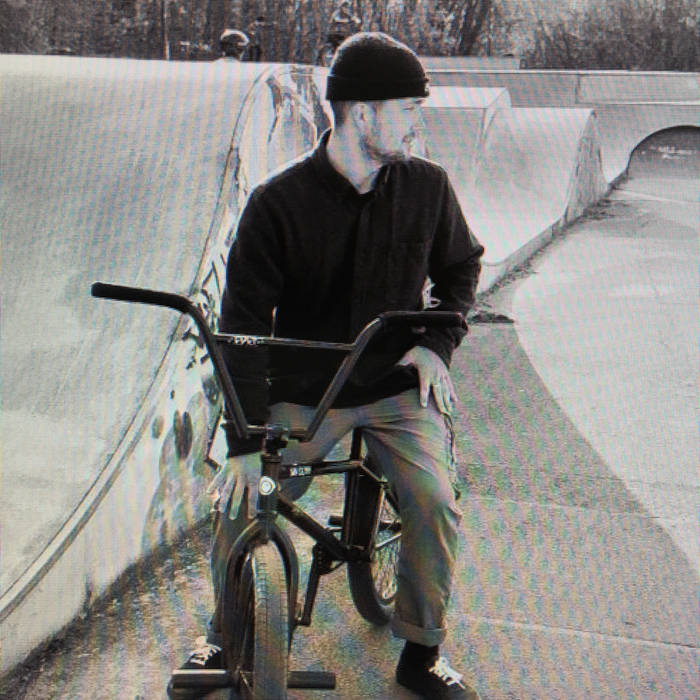 The instrumentalist duo of Casey R. Toews and Patrick Disanto’s gallery installation, “Behind the garden,” spent a week and a half in the Kansas Union Gallery at the University of Kansas in early November. Springing from the pair’s work as Case Trick—which “continues the frequency exploration of the musique concrète”—the installation features media and electronic digital media work created by Toews and Disanto.

“[T]hey met while Toews was working on his master’s in psychology and Disanto had begun psych rehabilitation for a TBI (traumatic brain injury) and CTE (chronic traumatic encephalopathy, a degenerative brain disorder). Toews initiated Disanto to integrate his talents into his rehabilitation respite, as an instrumentalist, writer, and producer revisiting past sense memory as a form of experimental treatment, helping recover from the injury. This provided an outlet for frustrations with limitations of the pervasive disability.”

Case Trick released their first recording, the Shadowland EP, in 2019. This was followed by their debut full-length, Reliquarium, in October of this year with the remix album, behind the garden, coming a month later. The duo describe the latter as “a collage of brutal, industrial sound, layered over deep pop visuals of street art, portraiture, and the abstract.” For those who like their electronic works to have a bit of a razor’s edge to them, Case Trick present dark, introspective sounds, and by pairing them with this visual component, one can begin to get a grander picture as to whence the pair’s work comes.

The works will be available at the Leopold Gallery starting on Saturday, December 19, as well as online, with proceeds from sales going to Neurology Research Operating at Children’s Mercy. This ties in nicely with Tows and Disanto’s work as contributing researchers at the University of Kansas in a pair of studies, one of which—”Corporatization of Frequency,” with Dr. Anna Pope, looks at “the effects of framing and priming on children and youths.”