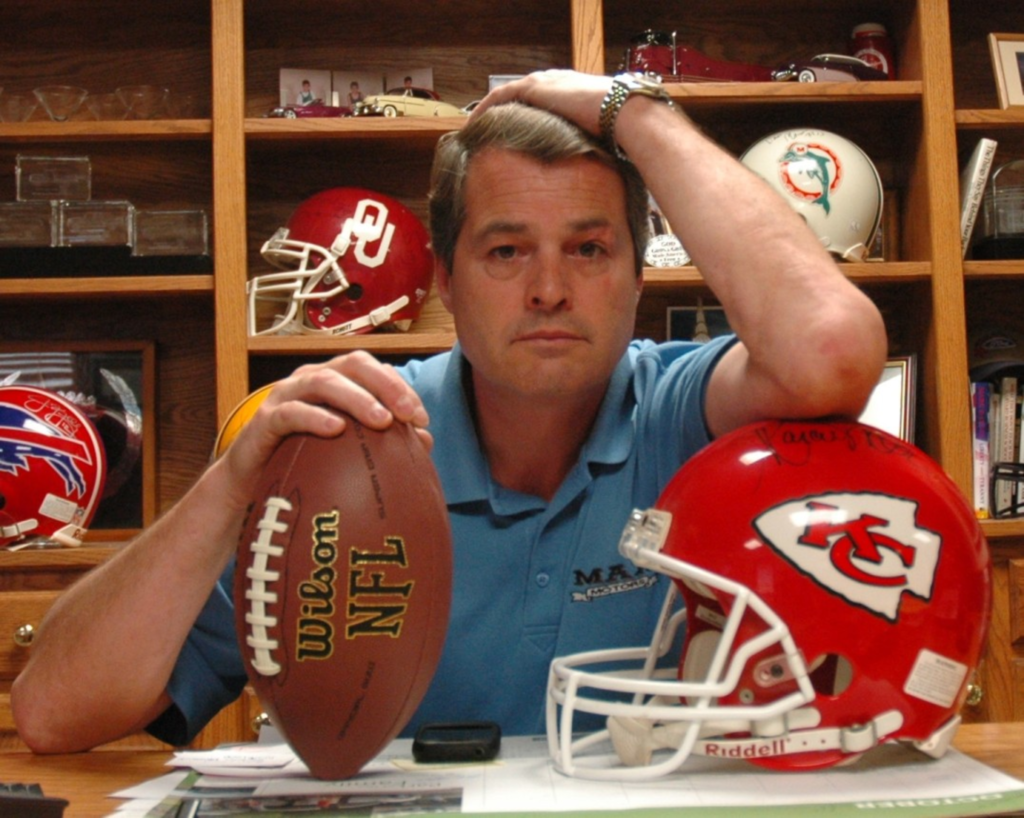 A couple of days ago, we read about Mark Muller‘s boycott of the NFL.

arms dealer (he offered $450 vouchers so Missourians get an AK-47 with the purchase of a truck from his dealership), claimed he was giving up his Kansas City Chiefs season tickets after the NFL supposedly blocked Rush Limbaugh‘s attempt to buy the St. Louis Rams.

I finally caught up with Muller yesterday, and he clarified: It’s not about Rush. It’s about America being “destroyed by a bunch of bunch of left-wing, politically correct morons.”

segment of America — conservatives — because he’s [Rush] not appropriate for

the NFL, then I’m not an appropriate fan,” Muller said.