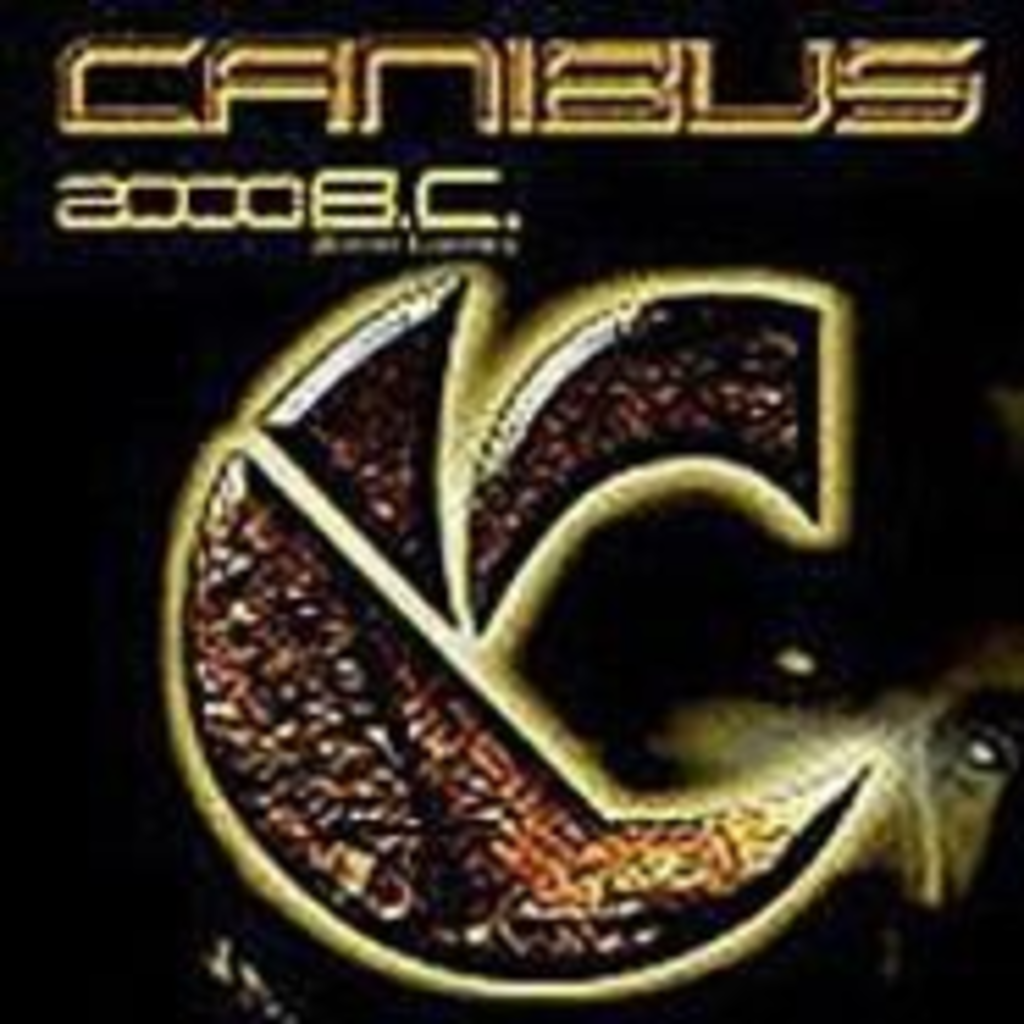 A question is hidden in this MC’s name (“Can-I-bus’?”), and on his sophomore album he answers it convincingly. Canibus, a New York mix-tape king, can bust rhymes with the old school’s best. Many rappers mimic Rakim, but few do it with the sort of authority Canibus shows on the title cut, and his rapid-fire, concrete rhyming calls to mind the battle records of Kool Moe Dee and L.L. Cool J. With such lines as My rhymes appear clearer than liquid crystal/My lyrical is more visual than television screen pixels, he simultaneously brags and backs up his claims.

These are all battle rhymes delivered with vivid clarity, meaning, if taken literally, 2000 B.C. ranks among rap’s most graphically violent records. However, whereas thug rappers describe realistic gunplay, Canibus’ foes become the victims of surreal calamities (My spit turns into icicles in midair/and slits your throat). His rhymes keep the album boiling with intensity, and his macabre jabs at his outwitted opponents are so unflinchingly meanspirited that they qualify as classic dark humor.

Amusing as it is, Canibus’ sophomore album promises more than it delivers. The music can be as vibrantly percussive as Dr. Dre’s or as haunting and piano-based as RZA’s work with the Wu-Tang Clan, but unlike these legends, he offers little more than a chip on his shoulder to explain his anger and no declarations of solidarity to suggest a vision or a strategy.

On the opening track, “C-Quel,” Canibus states, To me this rap shit is as serious as the death of a loved one/You know how I be feeling sad?/That’s how I feel when I grip the microphone, showing remorse that never resurfaces. At the end of the same cut, the rapper is kidnapped by a group of Haitians, Jamaicans, and Masons, who say, You’re only here for one reason, Mr. Canibus/You know too much. If this collective was looking to censor his political views, it succeeded in silencing him; nothing here is worthy of the attention of an international conspiracy. But if his captors were MCs looking to keep Canibus from raising the bar for the next generation of battlecats, their mission was not accomplished.