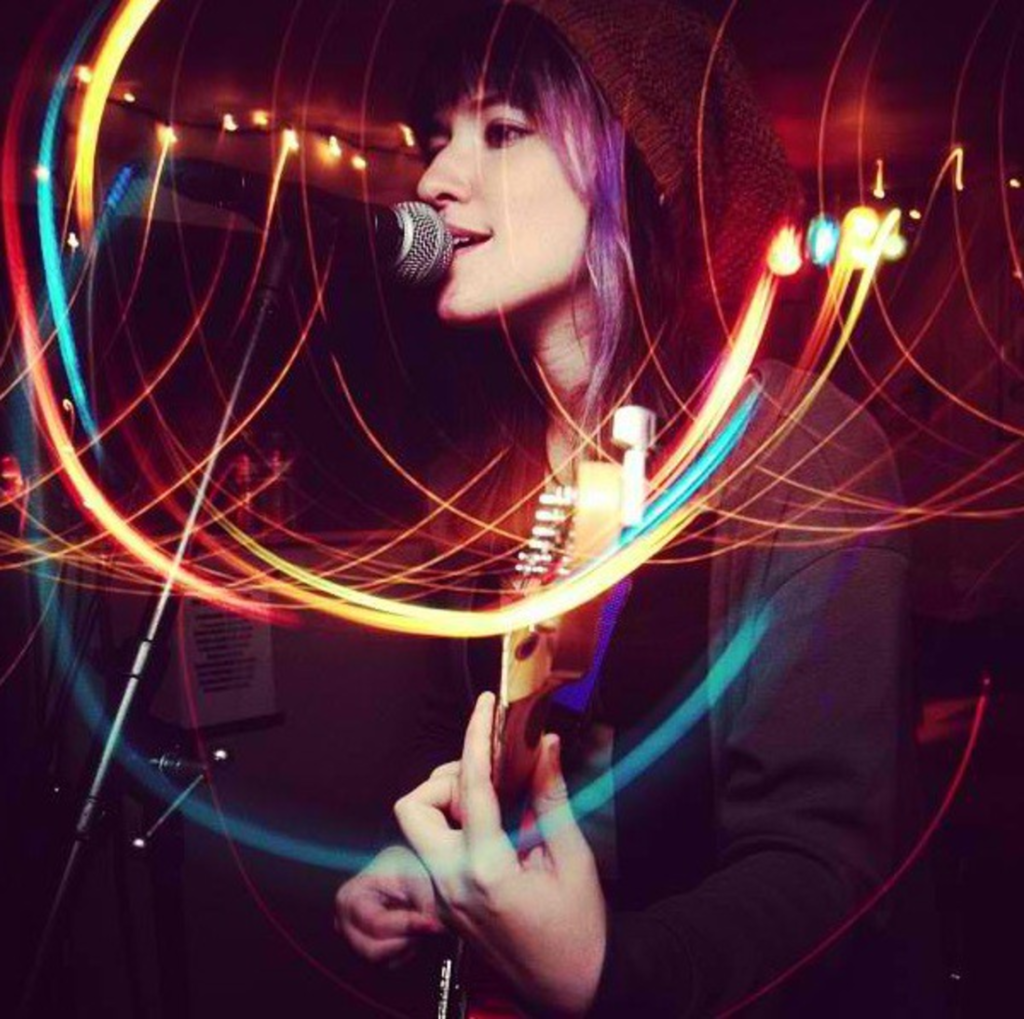 Ahead of the Candy Hearts’ upcoming Granada gig on Tuesday, March 4, we spoke with frontwoman and guitarist Mariel Loveland by phone about recording with Gilbert and her recent op-ed in Alternative Press, wherein she discussed sexism in music.

The Pitch: You guys just got done recording your second LP, with Chad Gilbert. This is your second time in the studio with him. You’re on his imprint, of course, but what’s the appeal of recording with him?

Loveland: I think that he’s a great fit for our band because he really knows how to help a band hone in on their sound versus … I feel like a lot of producers are kind of one-trick ponies. They’re really good at the kind of music that they make, but Chad happens to be really great at making all kinds of different music, from really heavy stuff like A Day to Remember, to vintage sounding stuff, like his What’s Eating Gilbert project, and our project, which is kind of alternative and pop. I think he’s really great at that.

When’s the album due out?

I don’t know. I think we’re talking about it this week. We went into the studio and were trying to get it out in time for this tour, but it’s not going to happen. We decided we didn’t want to rush it because we really thought it came out better than we expected.

What makes you so proud and excited about it?

Well, I definitely feel like we all stepped up our game playing live. We’ve definitely spent the last year working on our instruments, and my voice, but … I really like the songs. I think that they have a really cool vibe. They’re not so pop-punk. They just really sound like us, which really makes me really happy.

As this is your second full-length, do you feel like this is Candy Hearts hitting its stride as a band?

Yeah, I kinda do, because if you look at our first full-length, [before that] we have like a collection of demos, which are kind of like acoustic and pop-punk. Then, we released our first full-length on Kind Of Like Records, and that was more alternative and lo-fi sounding. And then, when we released our EP, it was a little more pop-punk. These are things that naturally happened, based on where I felt I was as a songwriter and what I was listening to at the time.

But I feel like this record is a great blend between all of the stuff that we’ve put out before, and it just really sounds like how I want our band to sound like, if that makes any sense.

I read the op-ed you write last October for Alternative Press [“Are You Just the Merch Girl?“], where you talked about being the only woman in the midst of 30 guys. 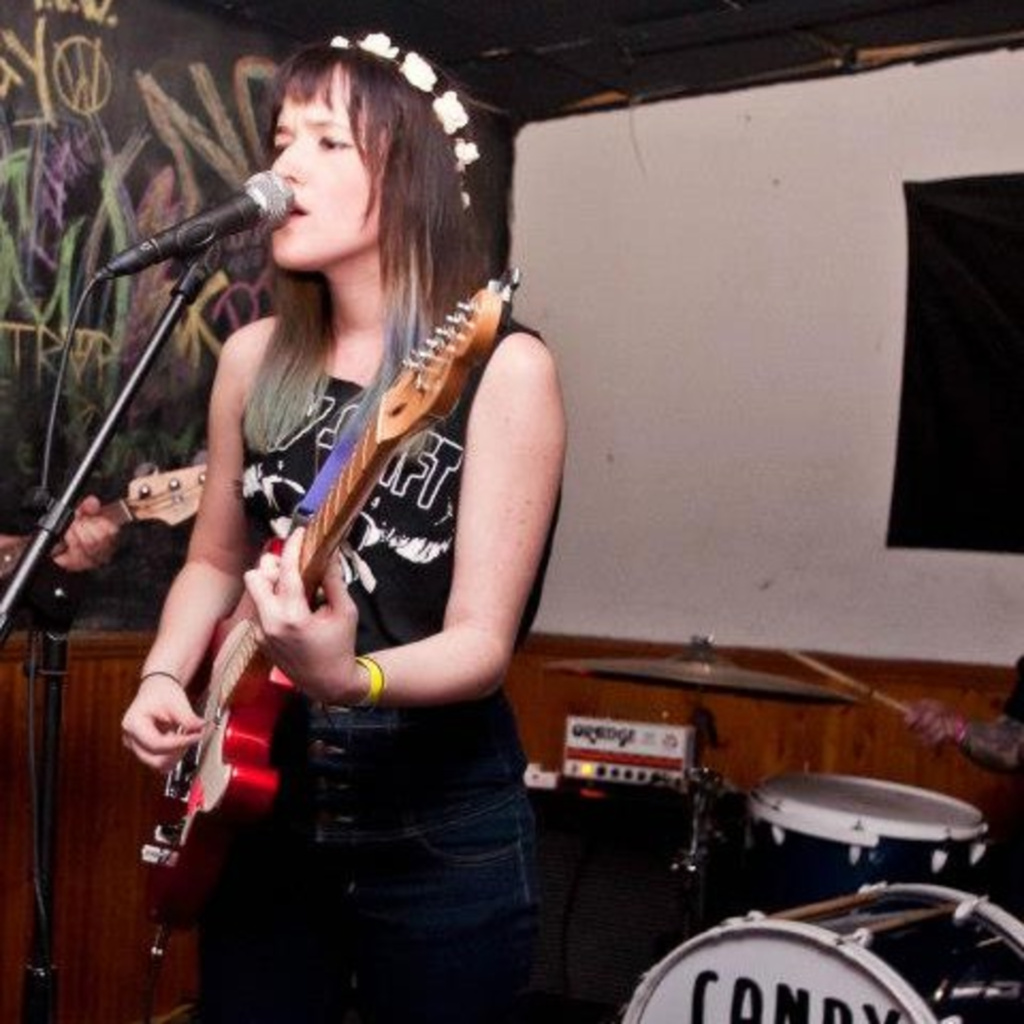 Have you seen a positive response from people who come out to see Candy Hearts regarding that piece?

Yeah. Actually, since I wrote that, there have been a number of girls who’ve come up to me, saying that they really appreciate that sort of thing because they’re nervous to start bands and worried that people won’t take them seriously. That just kind of breaks my heart because I come from a place where I learned how to do all the stuff that I learned how to do because nobody would help me, bceause they all didn’t take me seriously.

I grew up in a place in New Jersey where everybody was in a metal band and shredding. Like, it wasn’t necessarily that I was a girl when I was growing up but, you know … my boyfriend and his friends, at the time, 16-year-old boys don’t take 16-year-old girls too seriously.

So I just sort of learned how to do it on my own. I feel bad when girls come up to me and say that they feel discouraged because nobody will help them. I wanna be like, “Know what? You don’t need help. Just do it. Just go for it.”

Have you heard from any of these girls to whom you’ve given words of encouragement?

Well, there was this one girl at South by Southwest last year who talked to me. She said that she wanted to start a band, but that nobody would join her band because they didn’t take her seriously. She had a really great voice, and I followed her on Twitter and stuff because she was really cool. I saw that she played her first show a couple of weeks ago, and I was really happy to see that she just decided to go for it.

It must be great to help foster this kind of creative independence.

Growing up, I’ve always wanted to stick up for people who don’t feel good enough.

Candy Hearts play the Granada on Tuesday, March 4, with We Are the In Crowd, William Beckett, Set It Off, and State Champs. Details are available here.