Can the White House save KU from the Zubaz jerseys? 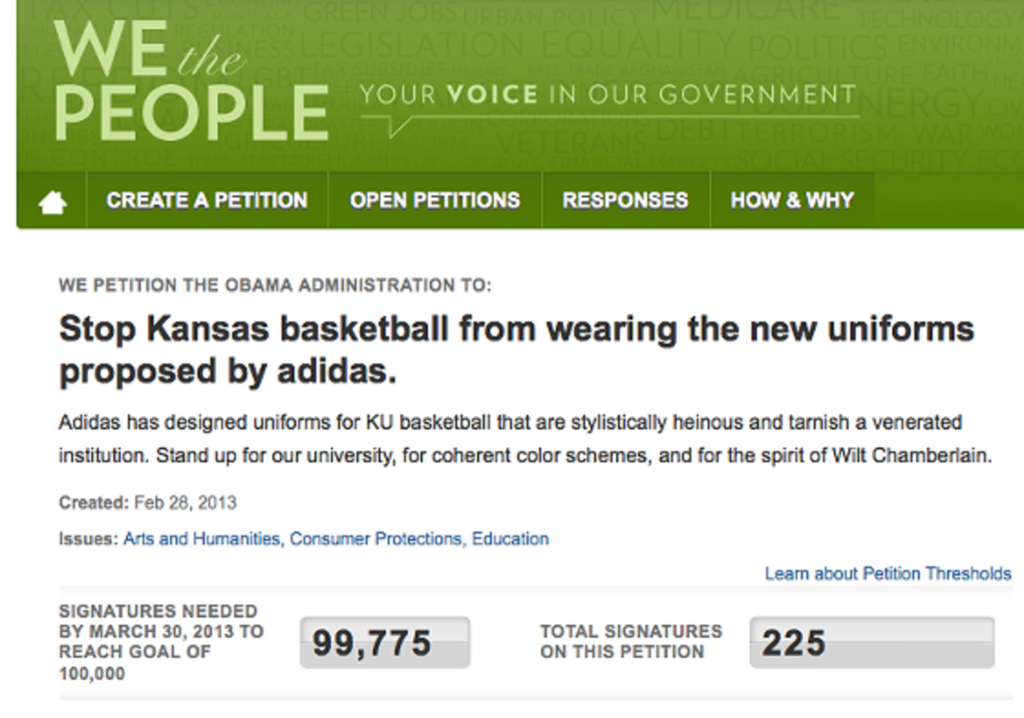 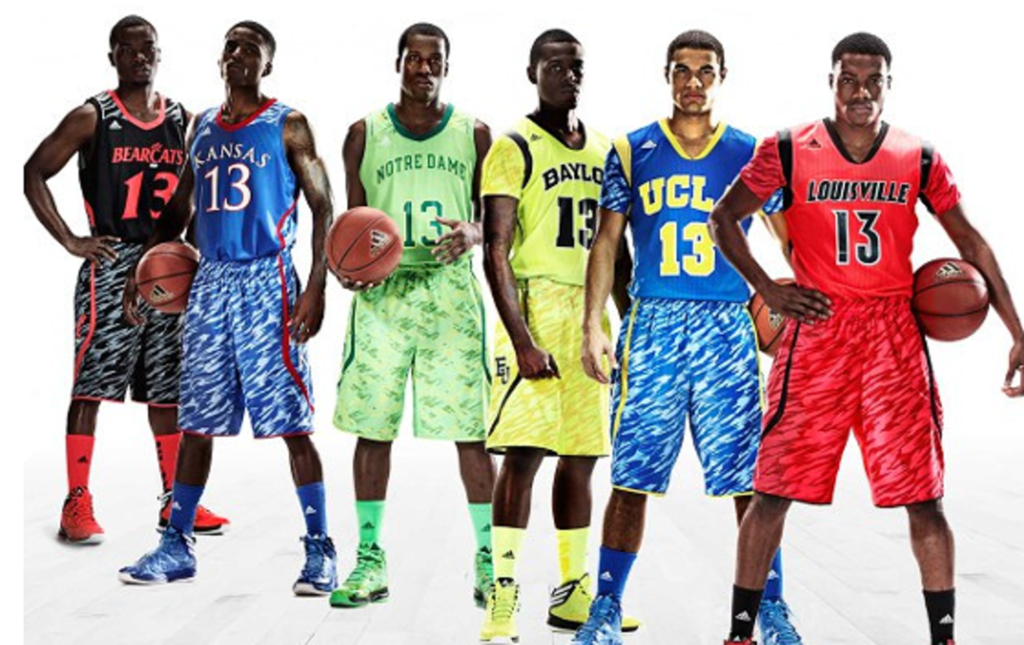 Zubaz was once the bailiwick of men like William ‘Refrigerator’ Perry. Men seemingly without a waist and a desire to proclaim that fact in loud, angry stripes. Fashion lines end, but the zigzags of Zubaz just keep rearing their neon heads. The latest is the camo-esque blue-and-white Kansas University basketball jerseys from Adidas. KU is one of six schools (Baylor, Cincinnati, Louisville, Notre Dame and UCLA are the other five) that are expected to don the pinneys.

The Kansas City Star reports that Bill Self confirmed the Jayhawks will wear the uniforms for at least one game in the conference tournament, but not after that. Some KU fans are hoping that the jerseys don’t even make it that far. A petition posted today on We The People is asking the Obama administration to “Stop Kansas basketball from wearing the new uniforms proposed by adidas [sic],” and reads as follows: