C.E.D. Studios refresh the hip-hop scene by honing in on the craft 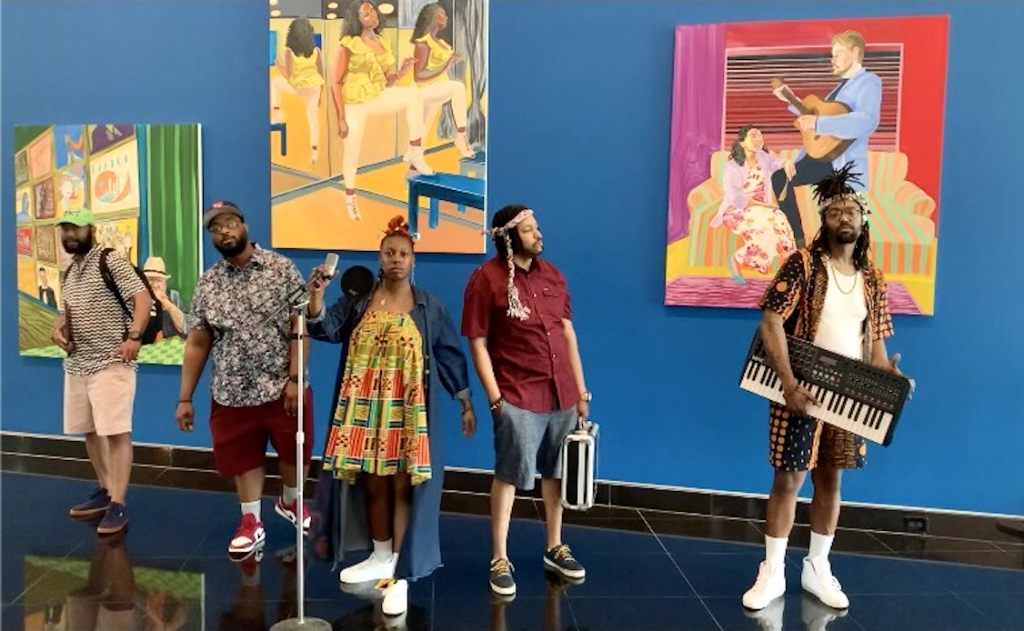 The individuals that make up C.E.D. Studios. // Courtesy of Tony Olivieri

Kansas City has held a diversity of music throughout the years, but Tony Olivieri knew that one particular space needed some change. When feeling frustrated that the hip-hop scene in the city often felt the same, he decided nobody could do it better than himself.

With these goals in mind, C.E.D. was born.

C.E.D. stands for Cooking Every Day and is an up-and-coming music production studio housed in Kansas City. In the beginning, Olivieri wanted to find as many artists as he could to work with him, but now he focuses more on having only a few artists and perfecting their craft.

We sat down with Tony to talk about his beginnings in music, the jump to starting a production company, and what he would like to see out of hip hop in Kansas City in the future.

The Pitch: To go back to the beginning, how did you get into the music scene and how did you decide to take that passion and build your own production company?

Tony Olivieri: I started producing music in 2018, and I hand picked a close couple of friends and family to join me at the C.E.D. Studios, but we kind of realized we might need to downsize because we had a pretty big group, and so now it’s just myself, two other producers, and  Tir-Zah Mahlah and BIGTLKT3Z.

C.E.D. stands for Cooking Every Day, and the whole idea was to just make beats every day. That was the mission, because in order to get to work with the artists you want, you first have to get noticed.

What is your opinion on the music scene in Kansas City? Has it been easy for you to do your work here?

Well, the good thing about Kansas City is that it has a very broad music scene. It was kind of easy for me, because I usually stay in my own lane and worry more about myself and what I’m creating.

But one thing I am trying to change, especially in Kansas City, is that the hip hop scene is kind of identical and everybody sounds almost the same. So, if I can make that one change with that one artist, it can work to change the sound.

Do you feel like you have a specific sound, or is there any way you would describe your music?

That’s a good question… I would say it’s like a modern nostalgic sound, if that makes sense? One of the great things that we have here is producer Brother Neves.

He’s been such a staple in Kansas City and in the music industry, and he has developed this nostalgic sound that will never leave. It takes you back to that one time you can think of or that one event that made your whole day.

When it comes to music production, do you feel like there’s a lot of misconceptions about what you do? Do you feel like people understand your side of the business?

I’ve never really come across a situation where people don’t understand. As far as the technical side of things like the software and everything, that comes with production. I get millions of questions. I still feel like a student myself, and I’ve been working with it for years now.

So, on that side, yes, but as far as just making the music in general, I’ve never been in a situation like that.

Going off of that, when you’re working with artists how do you balance feeling like it is your music vs. theirs?

Luckily, we work with like-minded individuals who understand the assignment and what we give out. On the technical side, we all split profits, but as far as making it and sharing it, we see it as our music. It’s more of a collaboration where everyone can be in one room and create something that we all think is cool.

As you’ve been going through this process, how have you built relationships with musicians? How did you settle on the two musicians you work with now?

Well, one of them is my wife, so like, that’s obvious. But putting that aside, it’s really about knowing that this is the type of person you want. We don’t necessarily search, but if people come along and work with our studio, that’s great. It’s all about the love we give out and to each other.

Looking into the future, how do you see C.E.D. changing?

You know, I’ve seen the growth over the years, and it’s not surprising. We’re all fathers, and we all have a cause and causes can make an  impact. It may not be a big impact, but any impact is an impact. A quote that I always try to live by is that, “Every key leads to a key.”

Every opportunity we get leads to another opportunity, so I just take it as it comes.

Ultimately, I want people to know that C.E.D. is a safe place where a musician can be their rawest form and we are their advocates. It’s always about the music first, as long as you put the music first. That’s it.

To learn more about C.E.D. Studios you can find their information here.