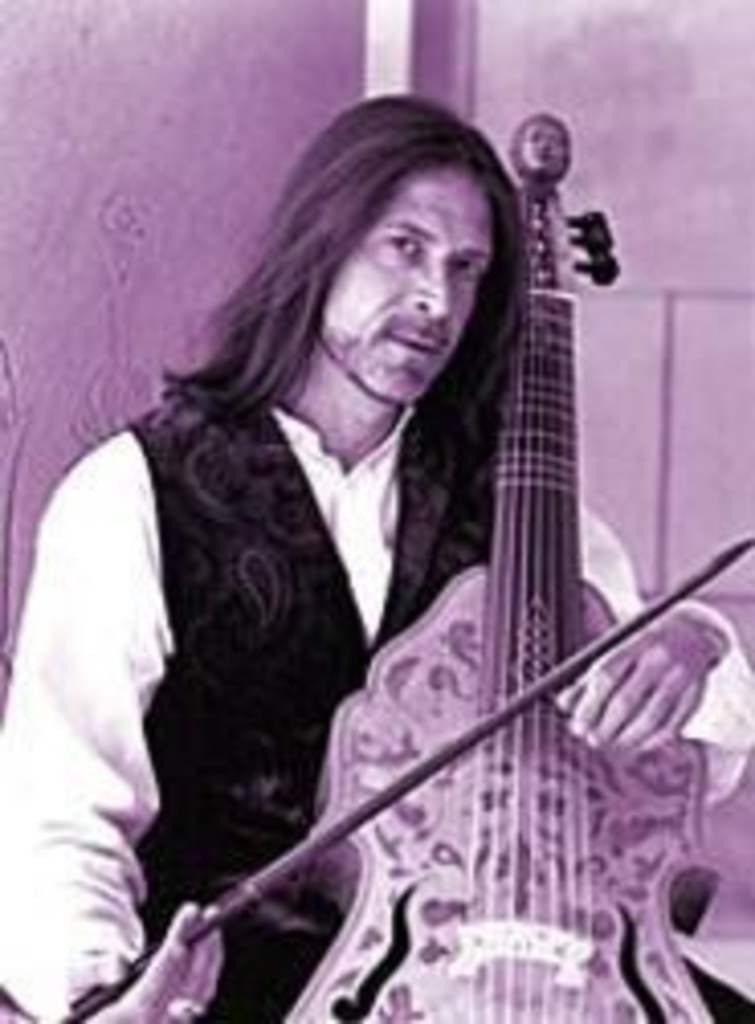 With Christmas shopping and decorating already in full swing, it seems appropriate that the holiday concert season also should start early. Fortunately, Gerald Trimble‘s performance, a personal tribute to the Virgin Mary, won’t feature a rote recital of standard seasonal songs. Instead, Trimble (pictured with his viola da Gamba) will play 13th century Hispano-Moorish songs from the Cantigas de Santa Maria on historical period instruments he has collected during his extensive travels. Known for his unique historical world fusion approach, which synthesizes Celtic, Indian, Middle-Eastern and early forms of music, Trimble continues his exploration of the musical links between East and West with his latest work. Another theme Trimble plans to address is the concept of the divine feminine, and aiding him in this quest is an esteemed all-female group of musicians: percussionist Lamasha Wilson, guitarist/vocalist Carol Matthews, and Celtic harpist/vocalist Lane Lambert.