Buzz Under the Stars brings Weezer back on June 4 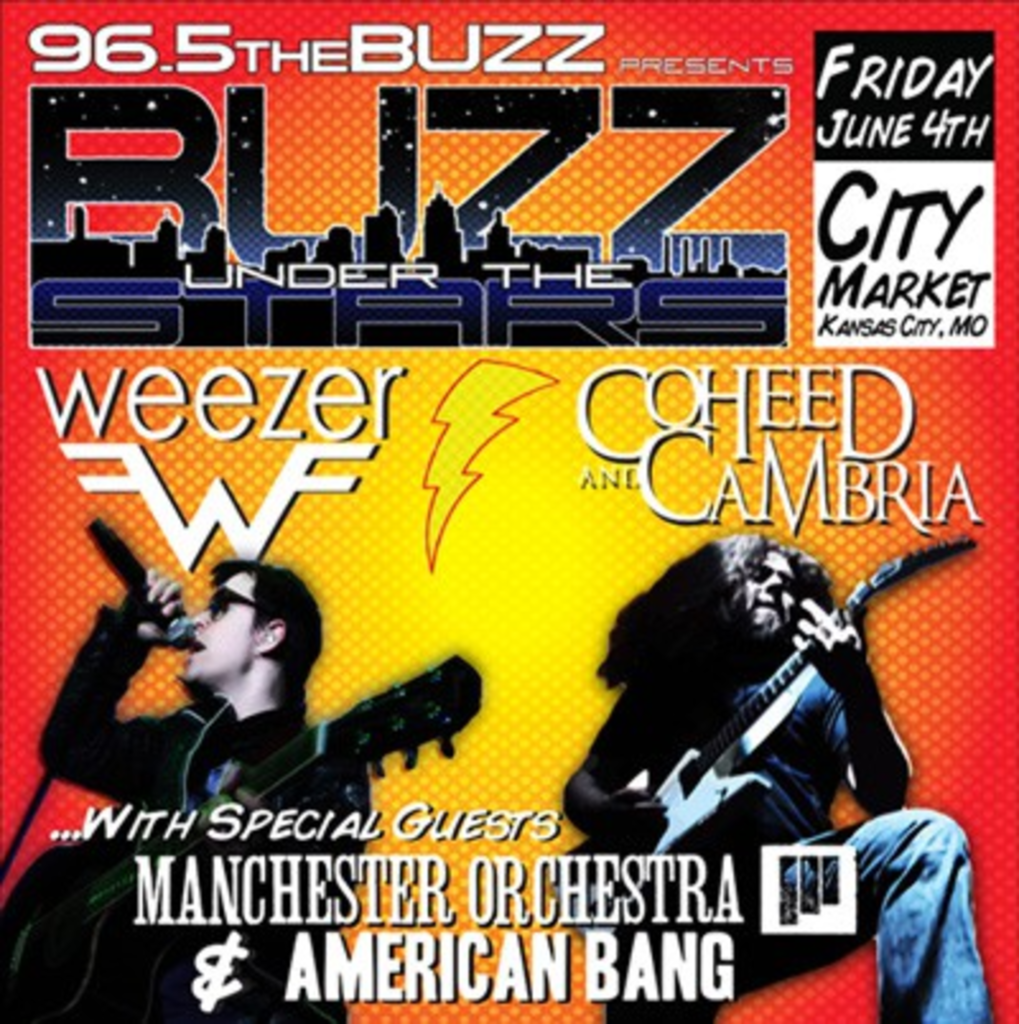 96.5 the Buzz‘s annual “Buzz Under the Stars” concerts are a fairly cheap way to see some old favorites and new up-and-comers for a decent price. This year’s first concert is no exception.

Weezer is back in Kansas City, touring in support of Raditude. If I could be guaranteed that Rivers Cuomo would do the entire show like his February appearance on Sound Opinions, I’d be in like Flynn.

Also on the bill are Coheed & Cambria, who’ve a new album out on Tuesday entitled The Year of the Black Rainbow, which is supposed to be the start to this whole story-arc stuff they have going on. Opening are Manchester Orchestra, whose epic indie numbers should dovetail nicely with Coheed’s metal prog, and American Bang.

Pre-sale tickets are available via this link, until midnight tonight. Use the password “BUZZSTARS” to get your tickets, which are only $25. Whatever’s left goes on sale Friday at 10:00 a.m. for $10 more.