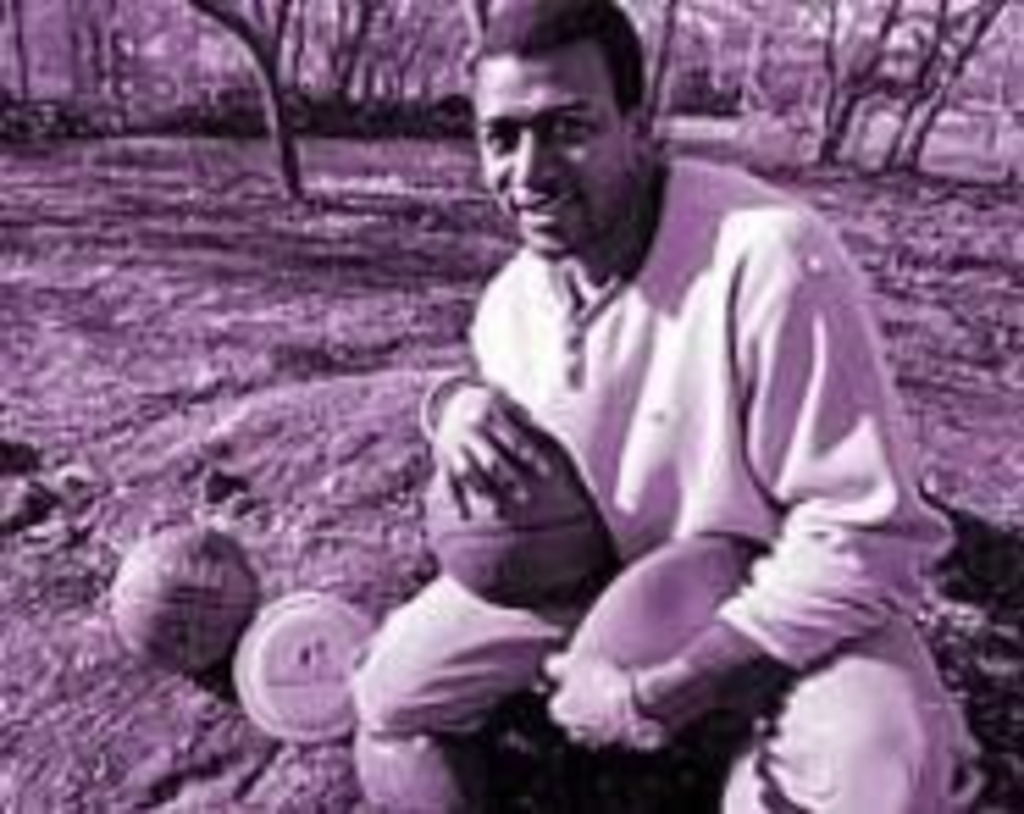 Without Christopher Harris’ charismatic presence, the idea of building a sports complex that will include a football field, basketball court, small golf course, tennis court, track, weightlifting facility, dance facility, and theater in one of the city’s most economically depressed and crumbling areas sounds somewhat ludicrous, not to mention that the complex will be fully staffed with referees and coaches to give kids a structured, safe environment. The fact that the idea is Harris’ and Harris’ alone — rather than the work of a city council committee or corporate empire — seems outlandish to say the least. However, when backed by the 31-year-old former Penn Valley Community College basketball star’s ambition, drive, and communication skills, the idea seems not only possible but inevitable as well. In Harris’ vision, a Kansas City, Mo., corner will become home to the Midtown Sports Complex and will be where young Kansas City athletes live out their hoop dreams. However, Harris does not simply want another playground. “When you come over to 40th and Wayne, I want you to be looking at another Plaza,” he says.

As it stands, the corner, situated just a few blocks from 39th Street and Troost is indicative of the decay that afflicts Kansas City’s east side. North on Wayne past 38th Street, old tires, brush heaps, and discarded living room furniture litter empty lots. Past the corner of 40th and Wayne, the lots are still ragged and empty, but they’re clean. Brush stands piled in the corner, and grass has begun to cover the moist dirt of the recently graded lot.

With his father’s help, Harris began buying and razing houses on both sides of Wayne between 40th and 41st streets about a year and a half ago. Now, except for three houses his family owns, the entire block is flattened and free of debris. The task of cleaning and maintaining the lots was a matter of personal empowerment, Harris says. “People would dump and I’d make a call (to the city) and ask them to pick it up,” he says. “And I don’t think a lot of people around here realize that one person can do it.”

The task of maintaining the property has been a solitary one, but finally building the complex will have to be a community effort. Although he has not kept track of how much money he has put into the project so far, Harris estimates it will cost about $30,000 to open the complex without the indoor facilities. To help raise the money needed to finish the project, Harris has begun taking his idea to other businesses in the community. Wesley Poke, owner of Blue Parkway Bait and Dog Supply, has donated money to the project because “it is located in the inner city,” Poke says, “and there’s nothing really available for them (youth).”

Another contributor, Jim Johnson, owner of Electrical Employer, echoes the need for a structured, safe environment for urban athletes. “It’s a place where they can have activities that they are not receiving at home because of single-parent families and things,” he says.

“I don’t think that we can run from our youth,” Harris says. “You can’t get away from them, because they are going to be there. So you’ve got to deal with the problem.” Harris believes giving young people an outlet to play sports and direction on how to play those sports well will alleviate many symptoms Kansas City experiences as a result of the dearth of youth activities.

While a second pro football player in a month was arrested for murder and two members of the Kansas City Chiefs were implicated in an FBI report as participants in a drug ring, it seems odd that sports could be the saving grace for urban youth.

But Harris points to his own experience to illustrate the power of sports in a young man’s life. “Through sports, I learned life,” says Harris, itching with the desire to share the gospel of sport. In his mind, sports gives educators a way into the young men’s lives by grabbing their attention. “If I go up to a kid and say, ‘Hey, I’m going to teach you about life,’ they’re not listening to me. But when I come to them and say, ‘Let me teach you about basketball, football, or something else,’ they’re going to listen. I know how to get my point across about life through sports because I have lived it.”

When Harris harnessed his own raw basketball talent, he found himself leading Penn Valley Community College to the Junior College National Championship in 1996. His success at Penn Valley led to a scholarship to Cardinal Stritch University in Milwaukee, where he obtained a degree in sociology. “When I was playing basketball I was a great athlete, but I had no clue about the basics,” he remembers. “There was one guy I knew I was clearly better than, but he could do the same thing in five steps whereas it might take me 15 — because I didn’t know what I was doing.

“I just never had the opportunity to learn the basics. All I did was shoot the ball, make flashy passes, and dunk left and right.” In other words, he was a playground superstar of sorts.

After returning to school at age 25, Harris learned more than the fundamentals of sports. “(Penn Valley) Coach (George) Pohlman taught me things about life,” he says. Simple drill, such as running from one end of the hardwood to the other, made the leap to everyday life in Harris’ mind. “Like touching the line. Touching the line is like work: You’ve got to be there on time. If you miss that line by one inch, you’re wrong. Coach Pohlman taught me that if you’re five minutes late, it might not seem like much, but you’re wrong. I didn’t have that in my life,” he says.

By naming Harris captain of the team, Pohlman opened the door for Harris to become the leader he is today. “I knew when I was out there that I could do whatever I wanted. But he taught me that there was a time I knew that if I continued doing what only I wanted to do, my teammates would be unhappy. I had to learn when to lay back because without them I can’t win,” he says. “There were times when I could have broken a lot more records, but I had to hold back for the team to come together.”

“I started in the Night Hoops program and I got a scholarship out of it. I want kids to have the same opportunity,” says Harris. “If you’ve got 60 kids coming out to play, chances are that two of them will be good.”