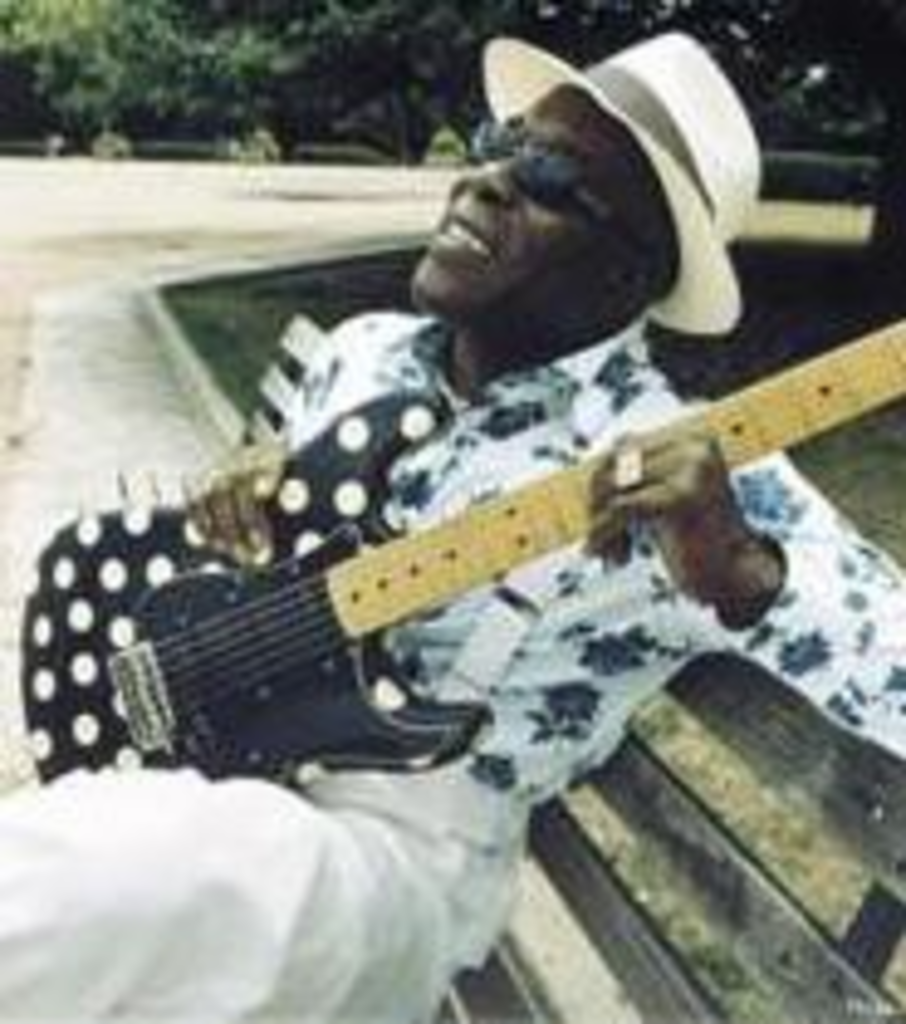 This should be the best of times for Buddy Guy. Plenty of fans and reviewers agree that he’s the greatest bluesman aboveground, and his still-vital artistry remains an inspiration to his fellow performers. Last year, Guy was inducted into the Rock and Roll Hall of Fame by two of the blues’ most famous practitioners: B.B. King, a player he emulated in his youth, and Eric Clapton, who told the luminaries in attendance, “Buddy was for me what Elvis was for other people.”

Nevertheless, Guy, who just celebrated his 70th birthday, is singing the blues offstage as well as on. He’s preoccupied by the uncertain future of Buddy Guy’s Legends, arguably the most prominent surviving blues club in Chicago, and he acknowledges feeling frustrated about the sales of his most recent albums, which bear the marks of extensive record-company fiddling. The folks at his label, Silvertone, a division of the massive Zomba Music Group, want his discs to feature pop-oriented material and guest stars who are willing to trade name recognition for a chance to sit in with Guy. He went along for last year’s Bring ‘Em In, which included covers of “Lay Lady Lay” and “I Put a Spell on You” and appearances by Keith Richards, Carlos Santana and others. But Silvertone didn’t pony up for the cost of a video (the company last did so for “Some Kind of Wonderful,” a 1993 duet with Paul Rodgers) and failed to get news of the release to those people most able to spread the word.

“I sell my records in my club,” Guy points out, “and I had a disc jockey come in and say, ‘When are you going to put out something new?’ Well, my last record has been out a year, and anytime a disc jockey doesn’t know it’s out, you know what kind of promotion it’s [the label’s] been doing.” An instant later, he adds, “My record company’s been doing the best they can. It’s one of the biggest in the world.” But if radio doesn’t bite, he wonders, “What can you do?”

For Guy, the answer is simple: Hit the stage and start belting, no matter how difficult the circumstances. “A lot of musicians ask me, ‘What do I have to do to get out there like you?’ And I say, ‘You have to suffer like I did.’ I went out there many nights and didn’t get nothin’. I had to walk back.” He laughs and adds, “Thank goodness I can ride back now. I’ve been blessed with that.”

This last remark qualifies as bragging for the modest Guy. He continues to be critical of his unpredictable but emotionally intense singing. “Think about Bobby Bland, B.B. King, Lou Rawls — all those guys with so much more voice control than I have,” he says. As for his guitar playing, he says he’s still a student. “I’m still learning, even at this age, and I still have my ears open, listening for somebody to hit a note I don’t know. I hear it and think, I’d like to steal a little bit from that.”

Still, Guy’s mighty good with his hands. Born into a family of sharecroppers in 1936 Louisiana, he eventually got his hands on an acoustic guitar, which gave him an outlet for the sounds in his head. Before long, he was supplementing income generated as a janitor at Louisiana State University with cash earned by performing in local bands. His love of the blues drew him to Chicago, the northern nexus of the style, but, he insists, “I didn’t come here to be a professional musician. I was just looking for a day job that paid me more than I was getting at LSU.”

Instead, a scorching guitar duel with soloist supreme Otis Rush brought him to the attention of Muddy Waters, who served as his mentor at Chess Records, an imprint then at its height of power. Guy went on to record for Chess and several other labels, and he left behind some seminal vinyl. Particularly impressive were the platters he made with harmonicat Junior Wells, including 1965’s astonishing Hoodoo Man Blues and 1972’s Buddy Guy and Junior Wells Play the Blues. (The latter received the deluxe reissue treatment last year from Rhino Handmade.) But Guy didn’t experience full-scale stardom until 1991, when Damn Right, I’ve Got the Blues, his first album for Silvertone, caused listeners outside the circle of blues fanatics to realize what they’d been missing. But the disc’s Grammy win as the year’s best blues album and its blend of familiar material (“Mustang Sally” turns up) and superstar drop-ins by the likes of Clapton, Jeff Beck and Mark Knopfler encouraged Silvertone to rely on what has ossified into formula. Slippin’ In, a terrific 1994 CD that’s mainly cameo-free, is the most striking exception to the rule, and Guy wouldn’t mind trying something like it again. He’s in the planning stages for another disc, and he says, “I’m writing some, and I really want to be creative on the next album — if they give me the opportunity to do that.”

Finding the time to come up with original material won’t be easy considering the situation at Legends. Guy doesn’t own the property, which was recently donated to nearby Columbia College. As a result, he says, “I’ve got to move it by this time next year.” Columbia doesn’t want to be seen as bullying Guy — in fact, the school gave him an honorary degree a few months back — and he has support from no less a personage than Chicago’s mayor, Richard M. Daley. “He told me personally, ‘I want you to stay in the South Loop,'” Guy says. “They say I’ve been a big tourist attraction and it’s good for the city.” Problem is, “I don’t have hundreds of thousands of dollars to invest in a building. I spent my last savings to open this one, and I’m 70 years old now. If I spend my last savings again to go into another building, well, you can’t make that kind of money back at my age.”

Guy is equally concerned about a newly approved smoking ordinance that will outlaw puffing in stand-alone bars and taverns come 2008. “I had a guy say to me the other day, ‘What’s a beer without a cigarette?'” he recalls. “That law is really going to hurt us.” Likewise, he feels that increasingly vigilant DUI enforcement will take its toll when Legends moves from its current location: “I’m by the biggest Hilton in Chicago, and when they have conventions, those are my best nights because people can just walk in off the street. They’ll get you for driving under the influence, but they don’t usually get you for walking under the influence.”

Given all these worries, it’s fortunate that Guy’s daughter, Shawnna, is doing so well. She’s a rapper and Ludacris protegé, and for her latest Def Jam disc, Block Music, she recruited her father to lay down some licks on a couple of songs — most notably, one called “Chicago.” Involving him in her music represents a change. After all, Guy says, “She didn’t want me to hear what kind of lyrics they were singing.”

Not that the language would have bothered him. “Some of those old blues cats had that stuff years ago, singing those nasty lyrics,” he says. “But you could only do that in the club. They wouldn’t record it. Now, with these hip-hoppers making millions and millions of dollars, maybe I should go into the studio and sing one of those old songs with the nasty words. Maybe I’d get some airplay.”

If that happened, these would truly be the best of times for Buddy Guy.