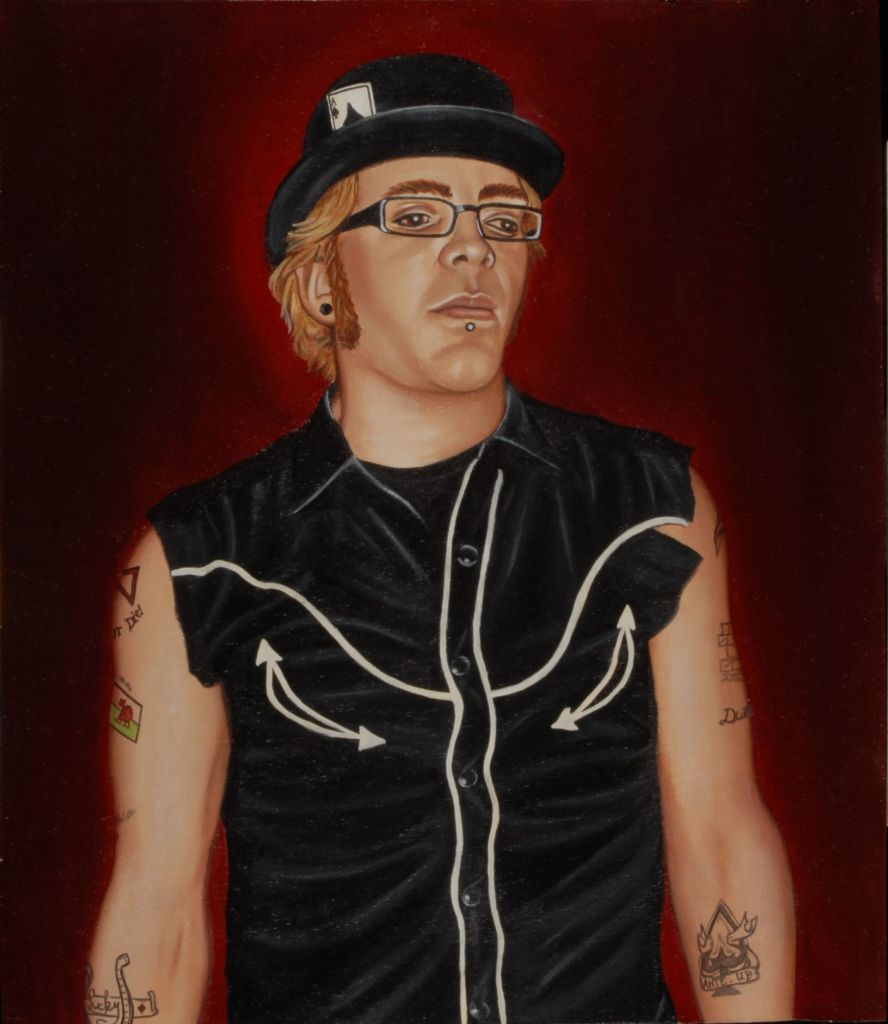 Jay Norton is so metal. For his exhibition at Pelea De Gallos Gallery (1000 West 25th Street, Suite C), titled Dead Set on Destruction, the lauded local artist brings out nine new paintings inspired by death-metal culture. In one, a Marilyn Mansonlike figure, with upside-down crosses over his eyes and a pentagram on his forehead, displays his wiry, shirtless torso and stark blue eyes. Others depict vignettes of hardcore dudes in jeans colliding with each other in violent fits of release-seeking glee.The outsider quality of death metal informs Destruction — “These kids don’t give a fuck about global warming. They are already living in the end times,” Norton says in his artist’s statement. Fans of this music, Norton believes, seek reconnection to a more natural existence through “the primal thump and throb of animalistic rage.” Dude. The opening runs from 6 to 9 p.m., then around 9:30, artist and musician Mark Hennessy (formerly of Paw) and his band 1950DA set up to close the evening with a set of hard-charging rock and roll that could lead to the first-ever First Friday mosh pit.