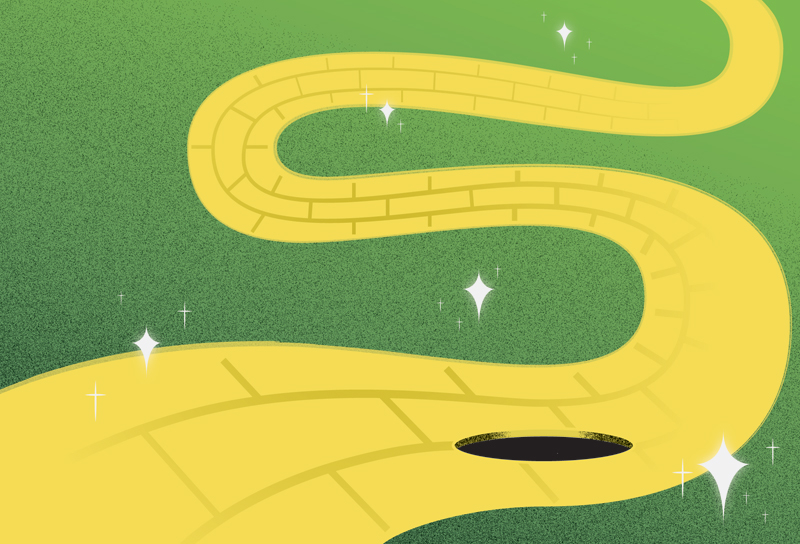 Poor Sam Brownback. Try as he might, the beleaguered governor of Kansas can’t spin his state out of a bad-news death spiral.

Not that he isn’t trying. Recently his office announced that quarterly reports from the governor’s own Council of Economic Advisers had been discontinued. Those three-month analyses — a spellbinding serial narrative chronicling the endlessly bad state of Kansas finances — were just too complicated, a spokesperson said.

Brownback also has concluded that Kansas citizens shouldn’t get a peek at budget documents that often preview which services and employees are on the chopping block as the state descends further into its financial hell. They are “draft documents” and not subject to the state’s open-records law, he said — a questionable assertion. Reporters got hold of some of the documents anyway, and cranked out a round of news stories about possible cuts in services for children and public safety.

While doing its best to stifle bad news, Brownback’s administration was also trying to get Kansans to focus on something it considered good news.

Psst, the governor’s office whispered. Kansas roads are No. 3 in the nation!

This blockbuster news was announced by Melika Willoughby, Brownback’s deputy communications director. Willoughby, a 2014 graduate of Hillsdale College, an institution of conservative thought, launches fired-up e-mails to Brownback sympathizers the way Sluggerrr used to air-cannon T-shirts and hot dogs up into the stands at the K. You can practically hear the pneumatic whoosh as her latest missive hits the inboxes of those still theoretically faithful to the nation’s most unpopular governor.

She is always required reading — if you like to laugh.

“Coming as a surprise to precisely no one, the Kansas media has largely failed to cover a new national report revealing the exceptional quality of Kansas roads,” began this autumn Willoughby blast. “Why, you ask? Because it didn’t fit into their preconceived, biased narrative. They would much rather perpetuate the lie that Governor Brownback has slashed funding for road construction and preservation, resulting in crumbling roads.”

Yes, how mendacious of us to have noted that Brownback and the Kansas Legislature have pulled more than $1 billion out of the state’s highway fund since 2011 to meet other expenses. A billion dollars designated for, um, road construction and preservation.

But that’s old news. Willoughby was eager to trumpet something she suggested was way newer: a report by the Reason Foundation that ranks Kansas as having the nation’s third-most-effective highway system.

The study evaluates states on the quality of their bridges and road pavements, and also how much they spend per mile on maintenance and administrative expenses. Kansas topped the charts for the pavement condition of its rural roads, and the condition of its urban roads was ranked third among the states. And, not surprisingly, road work costs less in Kansas than it does in, say, New Jersey. So, yeah, good job, Team Brownback, for an efficient road system.

But wait. The data in this report are from 2013 — before about half a billion dollars was yanked out of the highway fund. Far less money is now available for long-term maintenance, which the report notes is a crucial factor in maintaining an efficient and safe road and highway network. Such maintenance saves the cost of rebuilding later.

Willoughby wasn’t worried about technicalities like that. She was too busy pouring hot asphalt on the state’s reporters.

“The media’s lack of coverage was both intentional and hypocritical,” she declared to her e-mail. “When they perceive a story to fit with their political narrative, ink is spilt; when data demonstrate the fact that Kansas highways continue to excel, they broadcast a deliberate choice not to cover the story.”

As evidence of the media’s deliberate hypocrisy, Willoughby linked to — of all things — a Twitter exchange between Bryan Lowry, The Wichita Eagle’s Kansas statehouse reporter, and a Brownback sycophant who whined that Lowry would rather write about the budget and “rumored harms” than “actual road conditions.”

“This is true,” Lowry responded. “I would rather write about the current year’s budget than 2013 roads.”

He and other reporters didn’t have to wait long. Last week brought news that even Brownback couldn’t conceal: a state Department of Revenue report revealing that revenues had fallen an eye-popping $60 million short of expenses in the first three months of the current fiscal year.

In a sign of how badly the governor had lost control of the message, Senate President Susan Wagle called a news conference and passed out a pamphlet titled “Kansas is on the wrong track.”

This wasn’t some renegade Democrat spouting off. Wagle, from Wichita, is a Republican, and as conservative as they come. But, like other Republicans, she’s hearing from angry constituents as she works the campaign trail. Flanked by some of her colleagues, Wagle said the Senate would be “more engaged” in the budget process this year. In other words, they’re not trusting Brownback to get it right.

With every passing week, it seems, Brownback grows more isolated and friendless. It’s a tough path for the politician who just four years ago declared himself the architect of a grand tax-cutting “experiment.”

At least he doesn’t have to depend on actual Kansas dollars to pave his road to political ruin — the only road in his state that’s still getting more efficient.