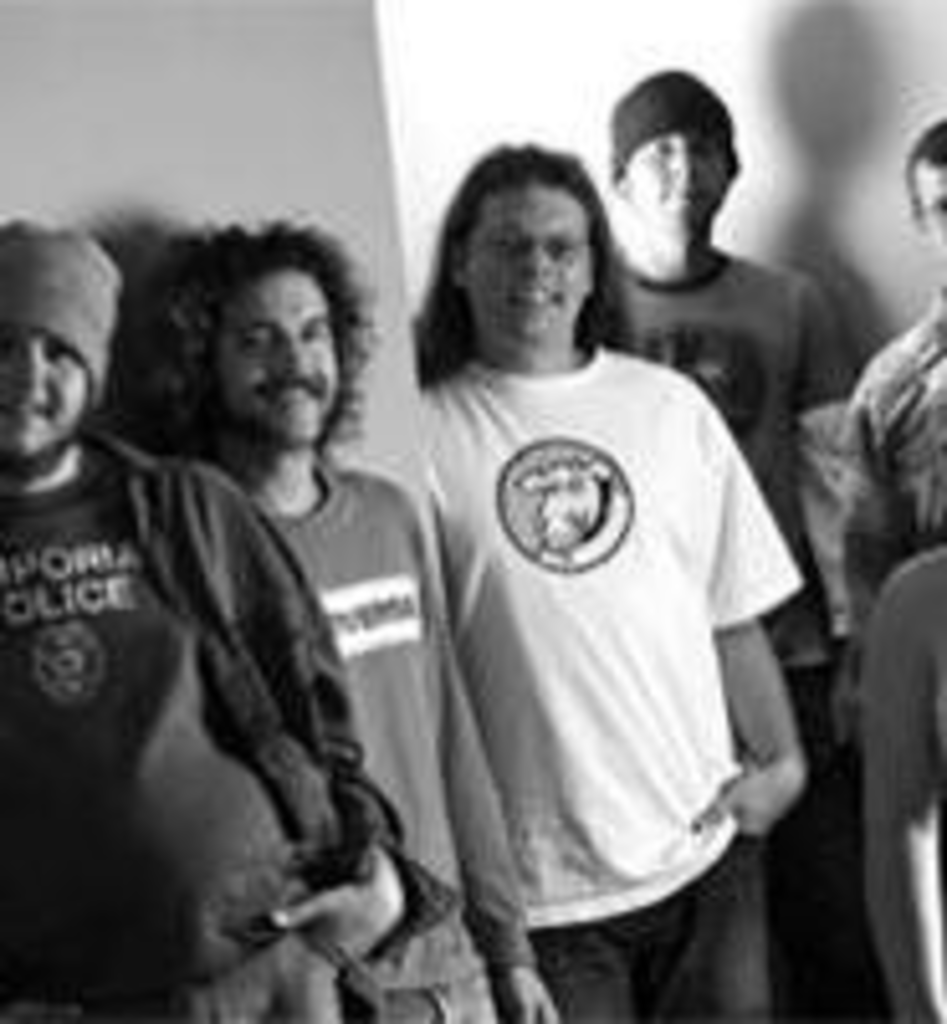 Not since writer William Allen White put Emporia, Kansas, on the map in the early 1900s with his Pulitzer Prize-winning columns has anything made noise — or even kicked up a little dust — in that eastern Kansas town, located at the desolate cross section of U.S. Highway 50 and the state turnpike. Not until the Dewayn Brothers, that is.

“If you lived in a tiny town in Kansas and didn’t really have much else to do and you and all your best friends were musicians, what would you do?” guitarist Garrett Briggeman asks. “Would you write a bunch of songs? Learn a lot of instruments? Tour as much as possible? Yeeehaw, yessir, that’s what we did!”

That spirit landed this small-town posse in New Orleans just a few weeks before Katrina hit — in July, the city’s hottest, muggiest month — to mix it up and make some music. Recording in 12-hour sessions, the band produced its fourth album, Critter Creole at the Ninth Ward Pickin’ Parlor (now a muddy, unusable mess of a building). Flooding destroyed thousands of dollars’ worth of equipment, but the Dewayn Brothers got out before storms pummeled the place. They took with them their original style and tight sound, influenced by the likes of Johnny Cash, Waylon Jennings and even the Ramones — a sound that has only grown since the band’s founding in 2002, continuing in recent months as the players honed their bluegrass into something they call “authentically Kansan.”

It seems like a dangerous claim to make. But with a driving wickerwork of lilting sound and haunting harmony — aided by the smooth, cool voice of singer Jamie Ferland — it’s not such a difficult assertion after all. Singing about bastard sons and throat-burning whiskey, this band holds nothing back, hammering away mercilessly at a range of instruments —trumpets, keyboards and more traditional bluegrass tools such as mandolin and guitar — while crooning about lost love or the hypocrisies of modern life.

In fact, the Dewayn Brothers pride themselves on their no-holds-barred approach to bluegrass. “Never limiting what you can do with a traditional bluegrass lineup is a big part of being a Dewayn Brother,” Briggeman explains. And they walk the walk: Along with their own numbers, the Brothers have made songs such as Nirvana’s “Breed” and John Lennon’s “Imagine” into bluegrass tunes. Crazy as it sounds, they do it well. With 150 dates lined up over the next year, band members have quit their jobs as deskbound clerks and booze-peddling bartenders and hit the road in a banged-up bus.

So far, living the musician’s dream has led the band around the country. This summer, it takes them to the Wakarusa festival outside Lawrence. As far as Kansas music fans are concerned, though, all that’s important is that the Dewayn Brothers put on a foot-stomping, hat-waving good old-timey show. And, of course, they raise enough hell to wake old W.A. White from the dead. That ought to be enough to put Emporia back on the map.