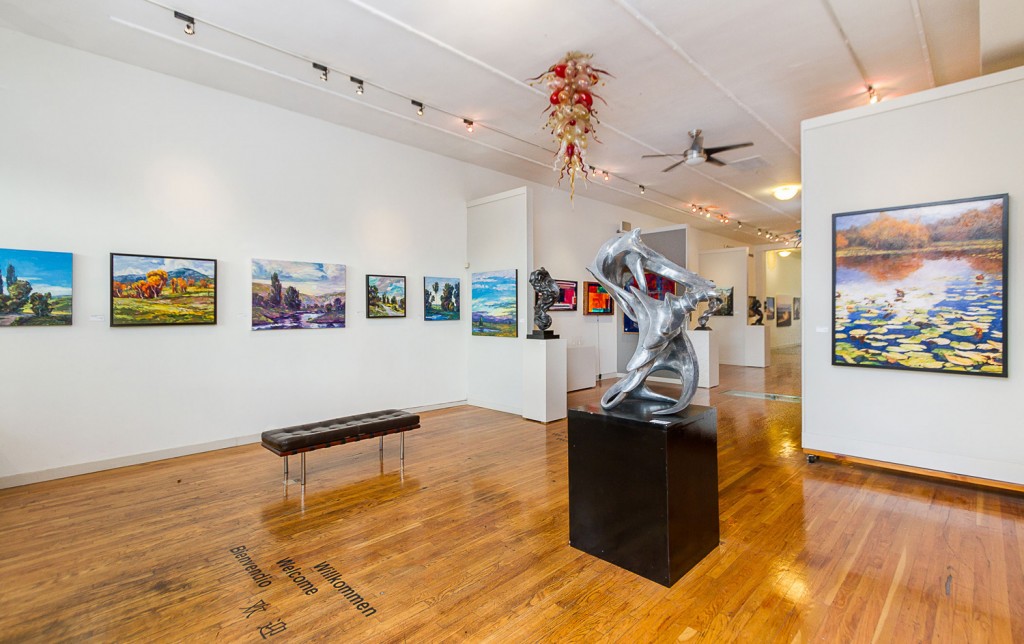 The Leopold Gallery is an expansive, bi-level studio, tucked away in the Brookside neighborhood. But what many might not realize is this neighborhood gallery is responsible for bringing national attention to local Kansas City artists, inspiring the culture of the region, and helping shape the lives of young artists in the metro area.

This year marks the 30th anniversary of the gallery’s opening. Founder and Kansas City native, Paul Dorrell, hopes to continue to enrich the region while building on past accomplishments.

“I’m proud to look back on 30 years and see how far we’ve come despite the initial challenges,” Dorrell says. “We’re fortunate to represent incredible artists whose work helped us create unforgettable visual experiences for millions of people.”

You can’t tell the story of the Leopold Gallery without first telling Paul’s story. Originally from Kansas, he took a job at the Hill-Stead Museum of French Impressionism in Connecticut after studying literature and art at KU. The experience helped inform his opinion of the arts and was the catalyst for his inspiration to challenge the regional art scene of the Midwest.

“Hill-Stead was a life-changing experience,” Dorrell says. “I quickly realized how culturally enriched the Northeast was compared to the Midwest, at least at that time, and saw a way to help advance culture in my own region.”

Soon after, Dorrell opened the original Leopold Gallery in Hotel Savoy in 1991 before moving into its current interaction in Brookside.

From the beginning, Dorrell hoped to promote professional Kansas and Missouri artists on a national level. That goal has been exceeded through the Leopold’s representation of a stable of local artists and the creation and sale of their work across the United States and abroad.

The most notable works include: a bronze monument of Dwight Eisenhower in the U.S. Capitol, a contemporary figurative monument at the National Soccer Hall of Fame in Dallas, installations at Arrowhead Stadium, and corporate work for the Kansas City Royals.

Additionally, The Leopold Gallery continues to work to help future generations of artists in the Kansas City area. Established in 2006, The Leopold Gallery Educational Foundation has given grants for the art departments of two inner-city high schools in Kansas City: Paseo Academy, and Sumner Academy. The foundation also organizes field trips and events at local museums and galleries for students.