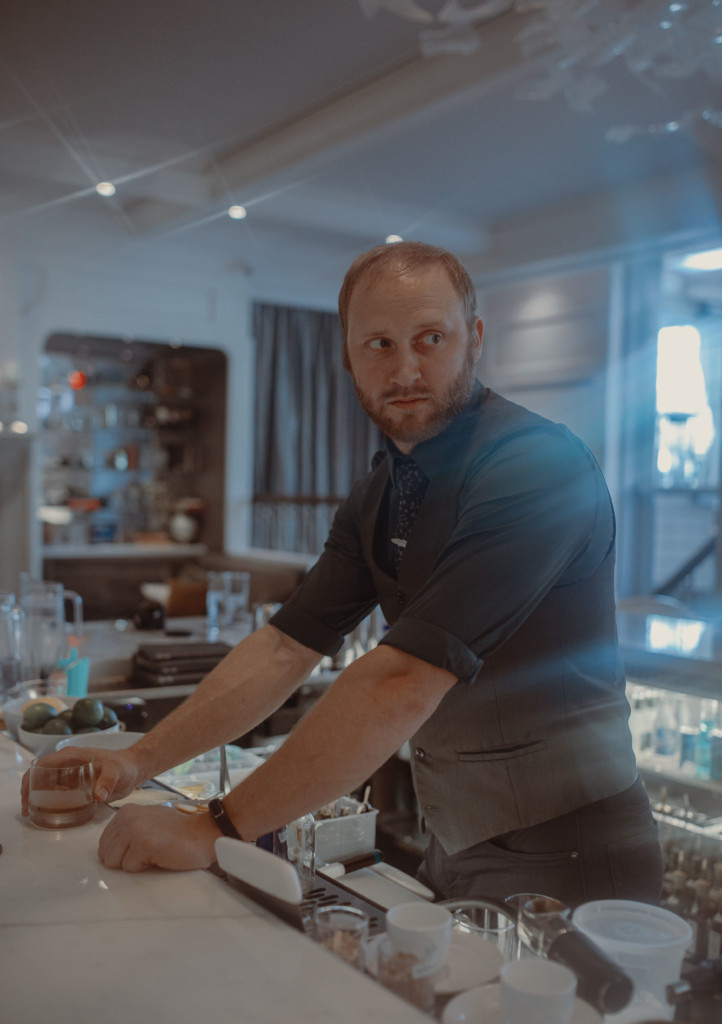 To call Brock Schulte a bartender or even *shudder* a mixologist feels completely inadequate. The man has been a familiar face on the Kansas City cocktail scene for many years now, having first risen to prominence at McCormick & Schmick’s, then at the Rieger and Manifesto, where he helped develop cocktail programs that earned citywide and even national recognition. Currently, Schulte is a partner in Liquid Minded Concepts, which, in addition to consulting for private events, manages the Monarch Bar, inarguably Kansas City’s highest-end cocktail joint. Schulte is a walking dictionary of ingredients both familiar and obscure. He downplays this, noting that all his knowledge comes from notes in his phone. But if you ask him, point-blank, about, say, peanut butter-washed Suntory whiskey, or nitro-muddled basil—even plain Greek yogurt!—he can rattle off ideas about how to incorporate those flavors into a well-balanced cocktail. A lot of fancy cocktails cost $17 but don’t taste like $17. Schulte’s do. He makes it look easy, as though anybody can do it. But that’s part of his craft. Schulte resides in a class by himself.