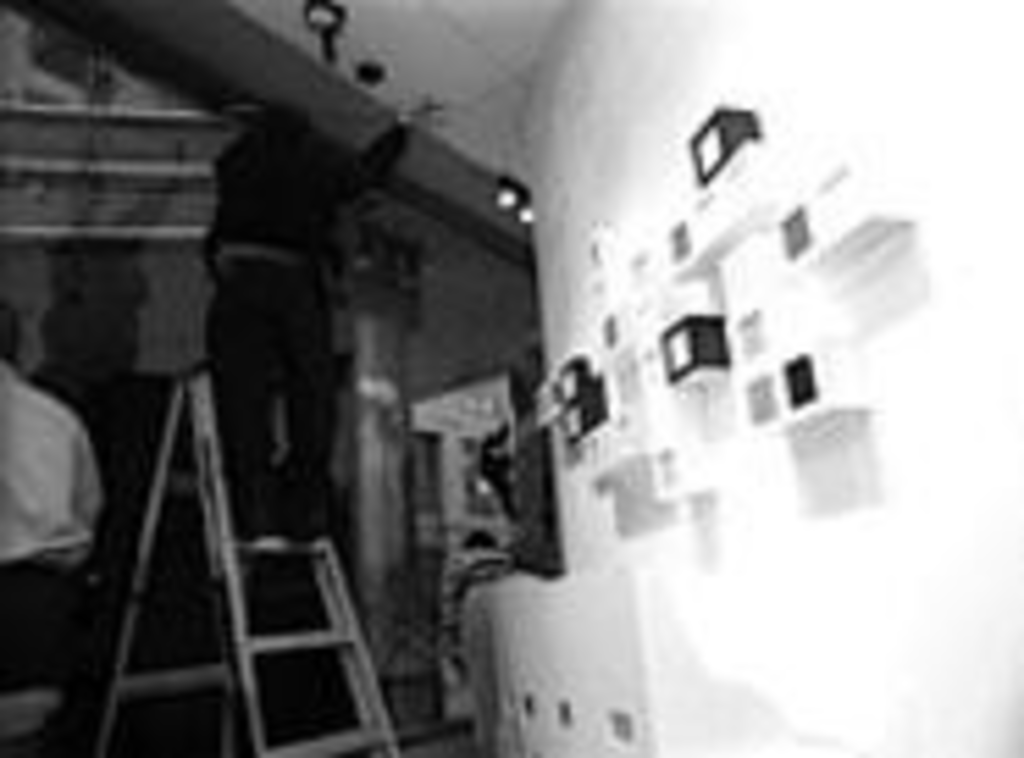 Slated for construction on the slope south of Bartle Hall and dubbed the Metropolitan Kansas City Performing Arts Center, the future home of the Kansas City Symphony, the Kansas City Ballet and the Lyric Opera will open its doors in 2006. For many Kansas Citians, hope for a revitalized downtown district rests on this $304 million edifice. With its dramatically curved stainless steel rooftops and terrace gardens, the Performing Arts Center promises to be a spectacular edition to the skyline. As for whether this makeover will reach beyond the aesthetic and into the economic, only time will tell. In the meantime, however, a few blocks northeast of the site, a small group of artists and organizers are launching the Urban Culture Project, a humbler — and much cheaper — attempt to lift Kansas City’s downtown.

In The Rise of the Creative Class, author Richard Florida writes that “[t]he Bohemian Index (which measures the number of writers, designers, musicians, actors, painters, sculptors, photographers, and dancers in a city) turns out to be an amazingly strong predictor of everything from a region’s high technology base to its overall population and economic growth.”

Which is to say, where artists go, others follow.

“Artists have obviously revived central cities from coast to coast. It’s happened here,” points out David Hughes, who as director of the Charlotte Street Foundation is the organizational mastermind behind the organization’s Urban Culture Project. “I don’t think people are aware of it, or they don’t give credit to artists. But it’s happened in Westport, 39th Street, the Crossroads, the Westside. Now we’d like to see if we can help light a spark or two in the downtown core.”

Hughes has spent the past year and a half bringing together artists, architects, businesspeople and landlords, with the aim of turning empty downtown storefronts into spaces for the visual and performing arts. The artists will be legal squatters of sorts, occupying donated spaces until they are leased to paying tenants.

On the morning of January 17, the Urban Culture Project held its first opening — but the space, a former Wolf Camera franchise rechristened Downtown, isn’t exactly open to the public. The artwork on display can be seen only through the windows that face Main Street and Petticoat Lane. Downtown functions as a billboard, a preview of the Urban Culture Project’s coming attractions. “We are never open, and we’re never closed,” says Nate Fors, curator of the premiere exhibition.

Fors put together inSpectacle, which features the work of local artists David Sindelar, Lynn Matlock and James Brinsfield, in addition to Fors himself. The curator says he drew inspiration from the glass that separates the Downtown space from passersby — or, more specifically, from its transparency. “Everyone’s work, some aspect of it, can be seen through,” Fors says. “Given that we’re in a window space, you have to look through the window to even look at the work. I like the idea that you are looking through this, then you are able to look through the work.”

Sindelar’s piece, which faces Main Street, consists of two large squares of heavy-duty plastic with nipplelike protrusions thrusting through the center of each. A pattern of light filters through the translucent surface of one form; Sindelar has encrusted the other with a mosaic of broken mirrors. The luminosity of one form contrasts with the reflectiveness of the other, a feature the title of the artwork — “The Optimist and the Pessimist” — calls attention to.

Fors’ creation, “twinkie,” drapes along the wall facing Petticoat Lane. To assemble the piece, the artist has looped and otherwise strung an odd assortment of colorful materials across the floor and the wall. The elements — hoses, feather boas, a bowling ball, strands of lights, a fake skunk tail — range in weight and texture from fluffy to heavy. Although it occupies three dimensions, the piece has more in common with a two-dimensional gesture sketch than a sculpture. “These are sort of drawings,” Fors says. “I definitely have fun when I do this stuff. I never plan what these things look like, so I never really know what it will turn out like until I do it.”

Lynn Matlock says she takes the site into consideration when creating a work. “I go down to the space where I am going to install something, and I absorb the environment,” she explains. “Now I’m in a surrounding with vertical lines, windows, grids, so I worked toward that.” Matlock’s “Confection Reflection,” which leans against a wall beside Fors’ artwork, comprises three windows; a thin, translucent yellow panel is surrounded by thicker green and blue stripes and sandwiched between two panels of multicolored squares. Taken as a whole, the brightly colored piece evokes nothing so much as the blockish repetition of a downtown map. But “Confection Reflection” keeps a sweet secret: Although they look like stained glass, Matlock’s Jolly Rancher-hued windows are made out of real candy. “I’m interested in the idea of candy as desire,” the artist says. Indeed, in past shows viewers have become tasters. But behind the storefront’s glass, this Downtown work remains eye candy: unlickable, unattainable.

Like Matlock, James Brinsfield finds inspiration in location. “I wanted to work off of the idea of the city grid — the streets, and the artificial color of the streets, the man-made color,” he says. Brinsfield’s work, “Lolita,” spreads across a wall off Main Street like tiles in a black-light version of Scrabble. Thirteen boxes constructed from foam core are covered in white or wood-grain plastic; a sheet of Day-Glo paper in an eye-arresting tint fronts each. Brinsfield describes “Lolita” as a “color slut,” declaring, “Color is the Trojan horse of visuality.”

On March 21 the Urban Culture Project intends to unveil two more spaces: Retail, across the street from Downtown; and Bank, located on the northwest corner of 11th Street and Baltimore. In May (on the third Friday of that month, a pattern the group plans to perpetuate), the project is set to expand into a fourth space, at the southwest corner of 12th and Walnut streets. The Paragraph Gallery (formerly of Lawrence) and the offices for Review magazine have been tapped to occupy this space.

For now, the shimmer of inSpectacle has added a little bit of life to a dead corner of downtown while aiming a spotlight at Kansas City’s vibrant arts community. “We want to showcase the talent and depth of artists in Kansas City,” says the Charlotte Street Foundation’s David Hughes. “I don’t think people realize that this is one of the strongest visual-arts communities in the country.”

Hughes has witnessed the success of other grassroots arts-initiative projects, including the Charlotte Street Foundation Awards, which bestow upon each recipient a cash prize and the opportunity to participate in a group exhibition, complete with catalog. By supporting the most basic but essential element of the Kansas City arts community — the people — the foundation allows its influence to spread to other aspects of the arts community. “We need more support for visual and performing artists, instead of supporting buildings all the time,” Hughes cautions. “It’s the art and the artist that stimulate culture and attract people. It’s not the buildings.”

“What happens in the end?” asks James Brinsfield, who will curate the opening show for Retail. “Are we able to change downtown and people’s perceptions of it? Or is it just that a bunch of artists got together with some progressive businesspeople and did something?”

Then again, he muses, the effects of the change of scenery at Petticoat and Main are already apparent: “You’ll have to look away to not experience contemporary art. And that is going to be helpful to all of us.”