Bringing ‘deadbeat’ dads back to life 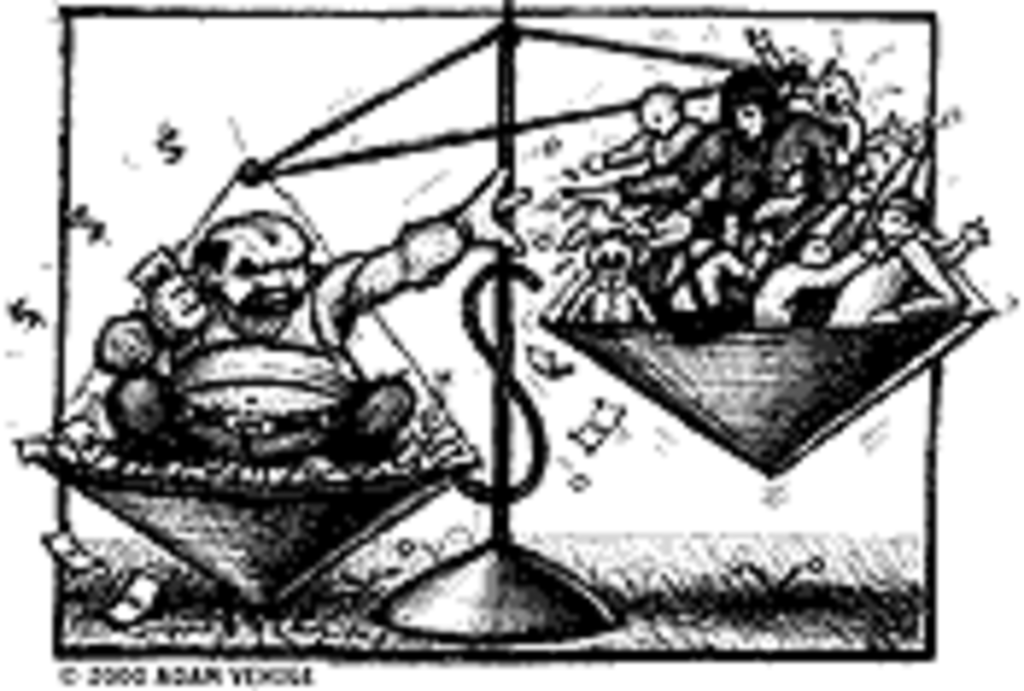 The Jackson County Building in downtown Kansas City, Mo., is not known as a happy place. Built during the Tom Pendergast era, it is viewed by many as a den of degradation where people come to pay their personal property taxes, settle domestic disputes, and face paternity suits.

The seventh floor houses Division 43, a small courtroom that is home to the fathering court. Two ceiling fans keep the room cool. The four rows of hard wooden benches, the type usually found in old churches, are filled by people with sad faces.

An uneasy silence fills the room until Judge Kelly J. Moorehouse enters and everyone rises. Court is in session; the business of getting noncustodial parents to take better care of their children begins.

The judge has served as the family court division commissioner for four and a half years. “A lot of the people who appear before me on this docket really feel disenfranchised by the legal system,” says Moorehouse, who worked with children when she was a prosecutor in the juvenile court system and while she was an attorney at Legal Aid, representing abused and neglected children. “Normally their interaction with the legal system has not been a positive experience. Courts are intimidating, but it doesn’t have to be a mean and frightening place. The courts are here to serve the public.”

Moorehouse is kind and compassionate, presiding with a warm, motherly approach, but she also is authoritative and demands respect. These qualities help her set and enforce guidelines for fathers who participate in Jackson County’s pioneer Fathering Court program, which was designed to better the lives of children whose noncustodial parents have abandoned them.

As the traditional nuclear family moves closer to extinction, the number of child support claims continues to grow. Everyone hates “deadbeat” dads, and perhaps rightfully so. Fathering children but failing to support them has long-term repercussions.

“The most immediate problems are economic,” says Debra Jones, child support enforcement supervisor. “There have been studies that show that children from homes void of financial and emotional support are usually the offenders of crime.”

“Deadbeat dad” usually describes fathers who do not pay child support; however, Moorehouse has a different definition. “I always kind of bristle when I hear the term ‘deadbeat dad,’ because I don’t consider the fathers in this program to be so,” she says. “My definition of a deadbeat dad is a guy who has the ability to pay but doesn’t do so.”

The fathering court participants have been criminally charged with failure to pay child support. Underlying reasons for that failure may include drug and alcohol abuse, a lack of education or skills, or serious health problems. “It’s not an excuse, but they are not going to be able to fulfill (their obligations) unless we address those problems,” says Moorehouse.

In the spring of 1998, the fathering court emerged as a rehabilitation program that was part of the Family Support Division of the Jackson County prosecutor’s office. The program emulated the county’s successful drug court program, in which drug offenders can participate in a treatment program instead of going to jail.

The fathering court, the only program of its kind in the country, exists because the old system was ineffective. “Everyone involved felt that the way things were done in the past did not get the family operating, because the father was not a player in the family,” says Jackson County Prosecutor Robert Beaird. “Not only do we want the noncustodial parent to pay child support, we want them to step up and take responsibility for the kids they have created.”

A diversionary program, the fathering court helps keep people out of the criminal process. “Throwing fathers in jail who have been criminally charged for failure to pay child support does not benefit their families,” says Beaird. “It is difficult to earn enough money to support a family while locked behind bars.”

The prosecuting attorney’s and public defender’s offices ultimately decide who qualifies for the program. Eligible participants have drug, alcohol, literacy, employment, or housing problems that impede their ability to support their children.

“If someone is working and has a good job and the only reason they are not paying is their attitude, this program is not for them,” says Melissa Mauer-Smith, assistant prosecutor and one of the creators of the fathering court.

The program is designed not only to get the father to pay child support but also to encourage him to participate in the child’s life. “It’s important for fathers to have some responsibility,” says Beaird. “There is an attitude among young people that fathering a child is not their responsibility. They have a kid and just move on down the road. Twenty-five, 30 years ago that wasn’t the attitude.”

Although the fathering court is voluntary, participants must sign a contract committing to the program. “It’s much more difficult to complete the fathering court program than it is to plead guilty and go on probation,” says Mauer-Smith. “It’s a lot more work.”

“Most of the fathers who participate want to get their lives together,” says case manager Stacey Diamond.

A major component of the program is fathering classes. The 12-week course is affiliated with the National Center of Fathering, based in Washington, D.C., and the classes take place at the Pioneer Campus of Penn Valley Community College. Fathers who complete the classes graduate the program. “Not everyone survives this process,” says Mauer-Smith. Twelve men, an average size for a graduating class, graduated on Jan. 6.

Diamond works, on average, 60 hours per week, monitoring about 50 men and one woman. “I’m the liaison between the courts and noncustodial parents,” says Diamond. “It’s not our goal to have the parents reunite. Everything we do is for the benefit of the child. We are trying to create a stable living environment.”

Jones says that in the past, people have seen the agency as an advocate for the custodial parent. “We are trying to change that viewpoint,” she says. “Our goal is to make the entire family unit better.”

While in the program many participants are tested for drugs and alcohol, and all must keep a job once they have been placed. The program is designed to help fathers find jobs and get them into the routine of paying monthly. “We want them to not only have a job but also a career so they can legitimately support themselves and a family,” Mauer-Smith says. “You cannot do that with a minimum-wage job.”

A large number of program participants’ court-ordered child support payments are lowered until the men find jobs that pay enough. “Many of the fathers have child support orders that are way out of their means to pay,” explains Moorehouse.

Many of the mothers believe the fathering court has been a tremendous success. However, recently a couple of custodial parents checking on the status of their children’s fathers in court had concerns about the program, arguing that the money they receive is not enough to support a family.

The length of the training also concerns mothers who take care of the children while the fathers receive rehabilitation. The average time to complete the program ranges from 12 to 18 months. The fastest anyone has completed the program was six months.

“The entire time my children’s father has been in the program, I’ve been told to just be patient,” says a mother waiting for the 10:30 court session to begin while holding her 4-month-old daughter.

“The goal is getting the fathers back on track so they are sufficient wage earners who can provide for their children, and that takes time,” says Diamond. “It’s not going to happen overnight.”

The county plans to expand the program and is searching for additional grant funding and more service partners. “I would like to have a full-time children’s advocate, who would check to see if the children had health insurance, school supplies, needed tutoring, or other educational needs. They would function as a liaison for the children,” says Moorehouse.

“We are not working with the volume of people we would like to work with, but we have made a difference with the small population we handle,” says Mauer-Smith. “You can see the men changing, and they are changing because the program is offering them the tools, education, and resources to change their attitudes. You cannot realistically make an adult change their behavior. They have to make these changes on their own. But sometimes you have to provide them the information, education, and direction to get them focused. It’s really impressive to see someone change their life.”