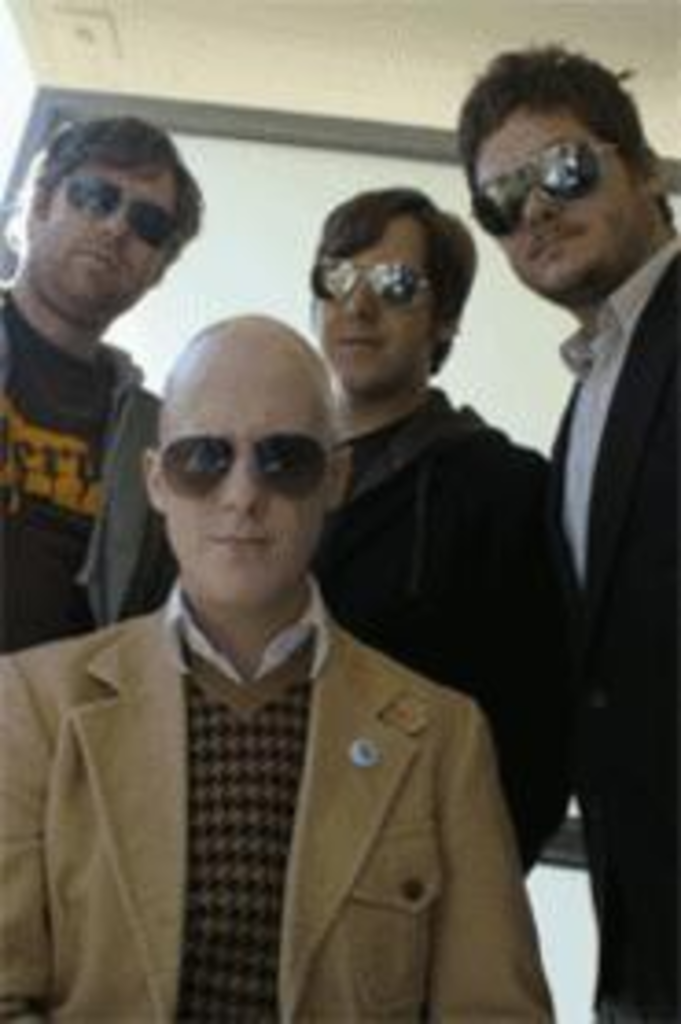 He’s the same guy, really. He’s about a decade older than he was when all of this started, but the man picking at the carryout pad Thai his wife has brought for him, is the same old Jim Suptic clad in layers of standard-issue flannel and faded denim.

“I don’t know if I like this,” he says, twisting and lifting the pasty noodles with a thin plastic fork as he settles into one of the Jackpot Saloon’s deep, wooden booths for a little preshow dinner. “You know what this needs? Hot sauce.”

Depending on how die-hard a Get Up Kids fan you are, the past three months have either been an unsettling daydream or a terrible nightmare. But even though the spirit of Kansas City emo is no more, ex-Kid Suptic is still going to be playing guitar and singing onstage later tonight. When his cell phone rings in the middle of this mediocre meal, it’s still going to be his producer, Ed Rose, on the other end of the call. And still standing across the room from him is someone who looks suspiciously like Matt Pryor.

“Yeah, that’s Matt,” Suptic says, motioning toward his friend and former bandmate. “He can’t stay, though. He’s got kids.”

“The only thing left of the Get Up Kids is, One Tree Hill might buy a song here or there,” Suptic says as his bass player Brian Everard (formerly of the Belles and the Creature Comforts) joins him in the booth. “It’s just a product name now. It’s a royalty check every six months.”

This is the Jackpot Saloon, about three hours before Suptic’s new band, Blackpool Lights, prepares to take the stage for the first time in Lawrence. It’s not exactly the kind of venue Suptic and his sidemen — Everard, guitarist and singer J.D. Warnock (an alum of the Creature Comforts and Ultimate Fakebook), and stand-in drummer Aaron Coker — have been accustomed to playing for the better part of their respective careers. Even if tonight’s show attracts a packed house, it’ll be a crowd of only about 250 people. And tonight won’t be a packed house.

If musicians get second chances, Blackpool Lights is Kansas City’s halfway house. Judging by the brash and original pop music this group has churned out in its short life, in a few years this could be the band that these once-storied musicians are known for. But they’re not even close to being there yet.

“I had a bunch of songs that I was going to use as part of a solo project,” says Suptic. “Then, when things ended with the Get Up Kids, I thought, Wow, this is going to be my full-time band now.”

What started as a few guitar-pop melodies in Suptic’s head has matured — with equal songwriting and creative input from Everard, Warnock and full-time drummer Billy Brimblecom (more on him later) — into some of the catchiest, most straightforward blue-collar rock to come out of the Midwest in a long time.

The journey to success has been difficult for each member of the band. Suptic is still living on revenue from the Get Up Kids’ final tour. Everard gives lessons at a local music shop. Warnock makes ends meet at an Old Chicago restaurant in Lawrence. Rather than trying for the big money right away, the band is forgoing larger venues and a nationwide tour for smaller, regional-fanbase-building engagements.

Unfortunately, Brimblecom has not been able to join the band on its recent escapades. One week after Blackpool Lights played its first gig, the drummer had a biopsy on a large mass in his left leg, which doctors diagnosed as Ewing’s sarcoma — or, as Brimblecom describes it, a “killer tumor.”

He began chemotherapy almost immediately. Just a few days after his first treatment, he and his bandmates had to make an important decision.

“Right after that show, when we got the news, we knew he was going to have to take a break from the band,” Suptic says. “We just said, ‘Billy, here’s every song we know, and you’re going to play on this album.'”

“And he didn’t compromise,” Everard adds.

At Rose’s Black Lodge Studios in Eudora, Brimblecom laid down 14 tracks in just two days, laying the foundation for what will become the band’s first album.

“That was a two-day blast of flurried, godsend creativity,” Brimblecom said in a later interview, just hours after returning home from his ninth round of chemo. “It was like, ‘God, there’s no time for error — please just let me nail this.’ With God on my side and Ed Rose behind the board, it was amazing.”

But on August 4, Brimblecom lost his left leg just above the knee. He’s now nearly finished with his 13 rounds of chemotherapy, and his pathologists believe that all of the cancer is gone.

His leg may be gone, but that won’t stop Brimblecom from reaching his goals. He’s already been fitted with a prosthetic leg and is learning to walk again. By the first of the year, he wants to be back with the band.

“No matter how intense people see my passion or how much I tell you, no one understands how passionate I am about music,” Brimblecom says. “I just have too many things to do to lay down and die or be a cripple.”

If all goes according to plan, Blackpool Lights will be able to reunite its original lineup in just a few months. Brimblecom will be back behind the kit, and, as Brimblecom says, the unity the band members have developed during the difficult times will propel them on to bigger and better things.

“You couldn’t script this to be any more fucking dramatic,” Brimblecom says. “Our [episode of] Behind the Music is getting more and more detailed every day.”

Back at the Jackpot, three of the band’s four founding members — along with the capable Coker filling in on drums — take the stage. Brimblecom isn’t feeling well enough to make it out tonight, but that won’t stop his bandmates from pounding out one hell of a show. It’s not a seamless performance, but the combined passion and experience reverberating from the Jackpot’s red-and-cream-colored walls is staggering.